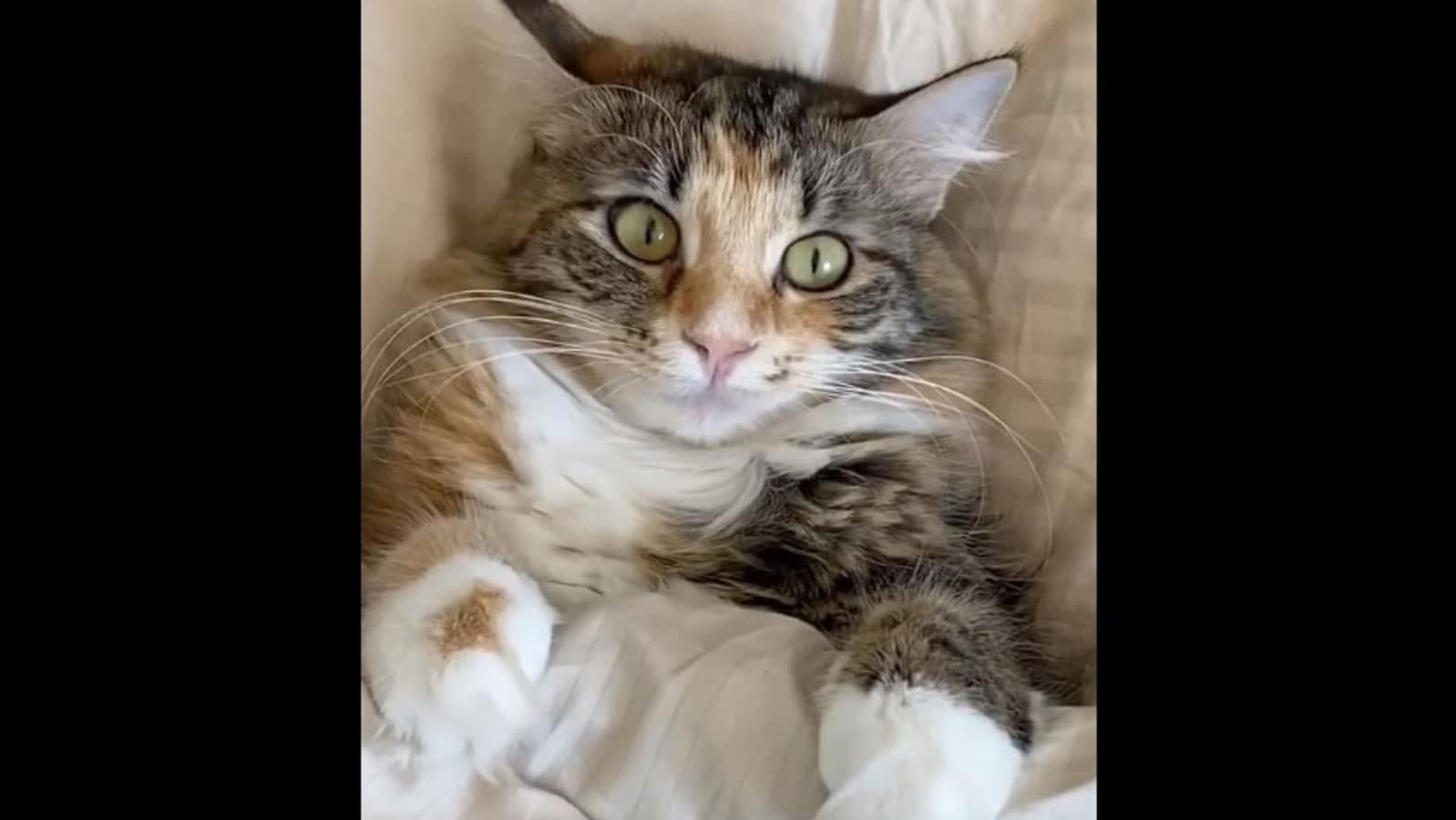 Pretty much every single cat has a mind of their own and they will do exactly what they want and whenever they want it, to get more treats or cuddles as well. And that is exactly what has been shown in this one video that has been shared on Instagram and is steadily going viral. The video was shared on the Instagram page named Cats of Instagram which has over 13.4 million followers on it.

The video was originally shared on the page of a cat named Mika who has more than 38,500 followers – which, for a catto (or not) is quite the fanbase! The video shows how this cat ‘sings a song’ to let her human know that she wants food even at the oddest hours of the night. The video also shows her ‘playing’ certain instruments or objects in a very hilarious yet adorable way that might just make your whole day.

The video was shared on Instagram with a caption that reads, “When your sleep schedules do not match. Can you relate?” The song that this cat can be heard ‘singing’ in this cute video, is a rendition of the famous song Gimme! Gimme! Gimme! (A Man After Midnight) by ABBA. It was part of the album Voulez-Vous that was released in the year 1979.

The video has been posted on Instagram just an hour ago and since then, has garnered several comments from people who couldn’t stop going ‘aww’ at this musical kitty cat. It has also received more than 1.6 lakh views on it already

An Instagram user writes, “The meow at the end!” “Soooo cute,” reads another comment. A third comment reads, “Nailed it.” It was accompanied by the emoji of a red heart and that of a laughing face with tears in its eyes.

What are your thoughts on this funny and cute cat video?