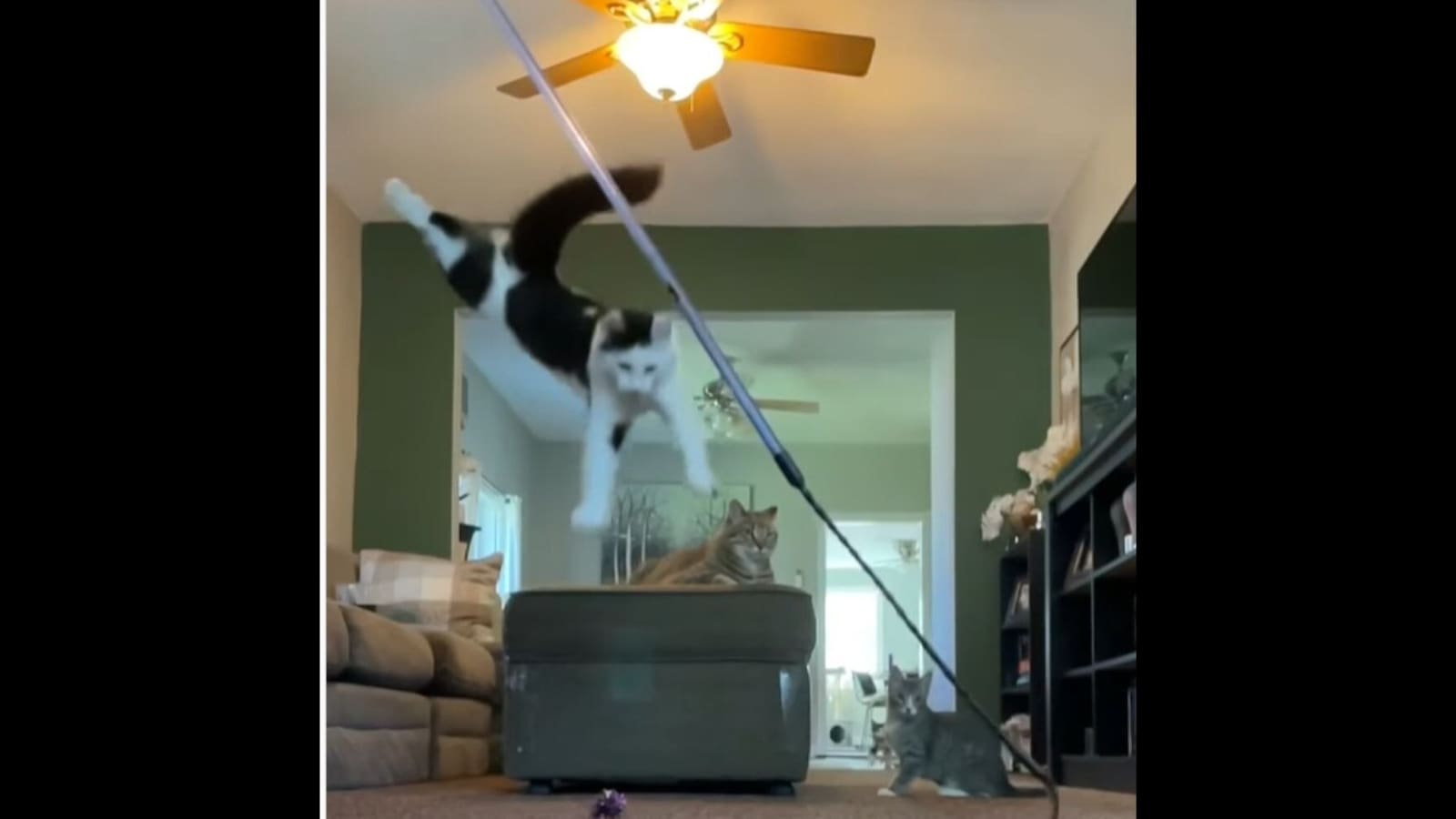 Pet parents love to record their furry friends doing tricks and showing their skills. Like this video posted on Instagram that shows a cat showing some amazing ability to leap high in the air to catch his toy. The cat’s video is an absolute delight to watch.

The video opens to show a black and white cat named Chui jumping high to catch his feathered toy. Behind him, his two siblings can be seen watching him transfixed. Shortly after two more jumps, a third cat can be seen running towards all the cats, to join in as a spectator. All in all, Chui makes five leaps in the clip that has been played in slow motion.

The video has been captioned, “But seriously…HOW COOL ARE CATS!!!⁠ Check out Chui and his incredible leaping ability in slow motion!”

The video was originally posted to @kittyforsterroxanne on Instagram. After being reposted to the official @catsofinstagram page a few hours ago, the video has amassed more than three lakh views.

“That is so mesmerizing to watch,” writes an Instagram user. Another comment reads, “OMG! Great performance.” A third shared, “Cats jumping slo-mo seems so grateful.” “Cats are like flying squirrels in the sense that they lock on to a landing target mid-air really fast so they always end up landing on their feet,” reads another comment.

More flagship phones on the horizon: Xiaomi’s 12 Series gets a global launch | ZDNet