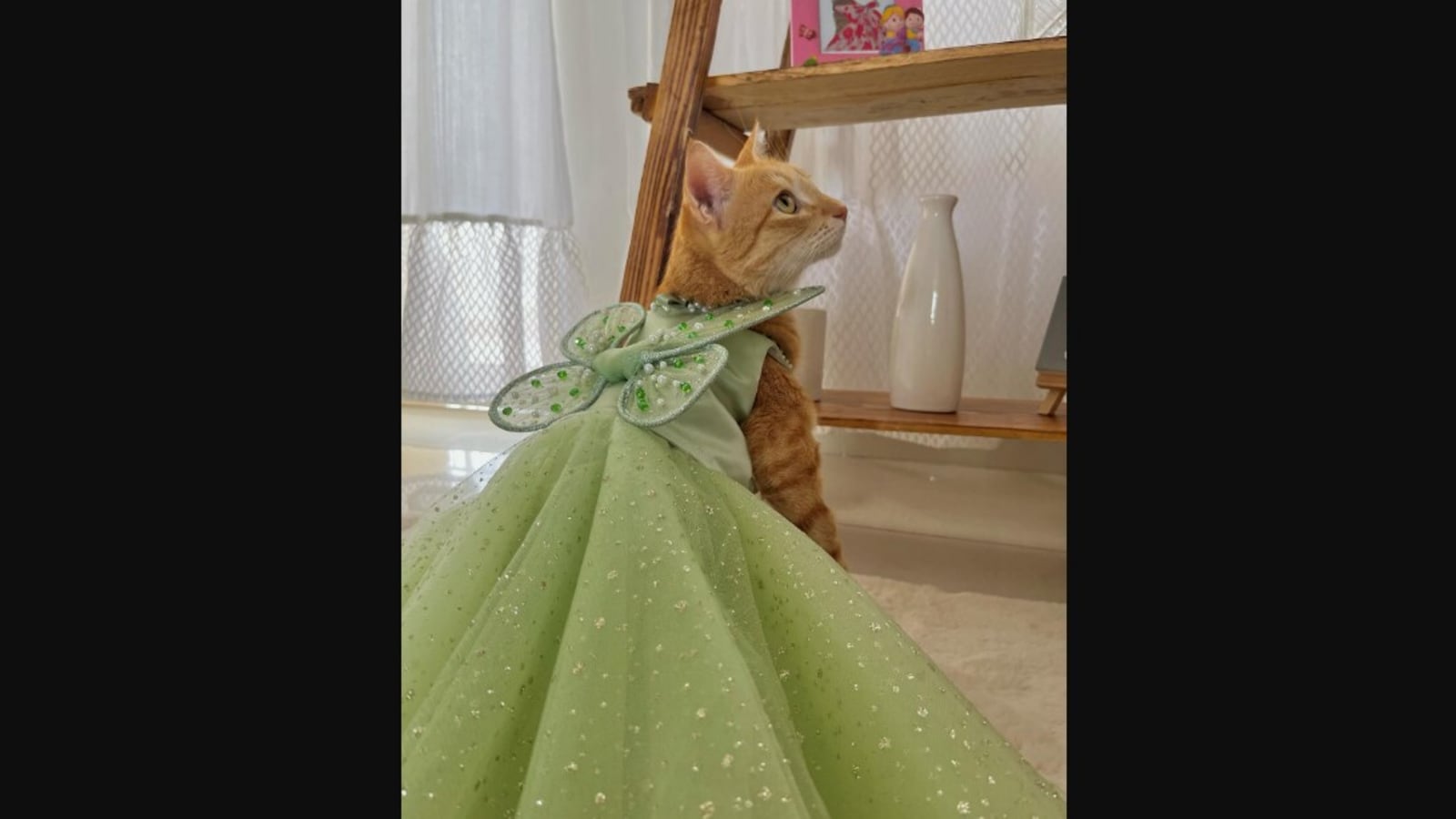 “OMG! That’s so cute,” probably this is what you will be inclined to say after seeing the video of a very cute cat named August. The video shows the kitty in a gorgeous outfit posing for the camera. There is a chance that her expressions while standing in front of the camera will leave you stunned.

The video was originally posted on the Instagram page dedicated to the cat. It, however, captured people’s attention after being re-shared by the meta-owned platform on their own page. “Gingerton,” Instagram wrote giving a twist to a popular show Bridgerton.

“August loves dressing up and posing for the camera. ‘Most of her clothes are made by her grandmother, who designs all her outfits,’ says Imlinenla, August’s human. ‘We always try to get inspiration from movies or actresses, even though the designs are not that accurate’,” reads the caption Instagram added while sharing the video.

The video has been posted about 21 hours ago. Since being shared, the clip has gathered close to 14 million views and the numbers are quickly increasing. The share has also prompted people to post various comments. Many showed their reactions through heart or fire emoticons. “So cute,” posted an Instagram user. “Lovely,” expressed another. Some tagged others to show them the video.

The cat, August, has over 1.3 lakh followers on Instagram. Her page is filled with various amazing videos and images that show her in gorgeous outfits. It won’t be wrong to say that scrolling through her feed is really delightful. What are your thoughts on the video of the cat?

Here’s When You Can Watch Venom: Let There Be Carnage on Netflix in India