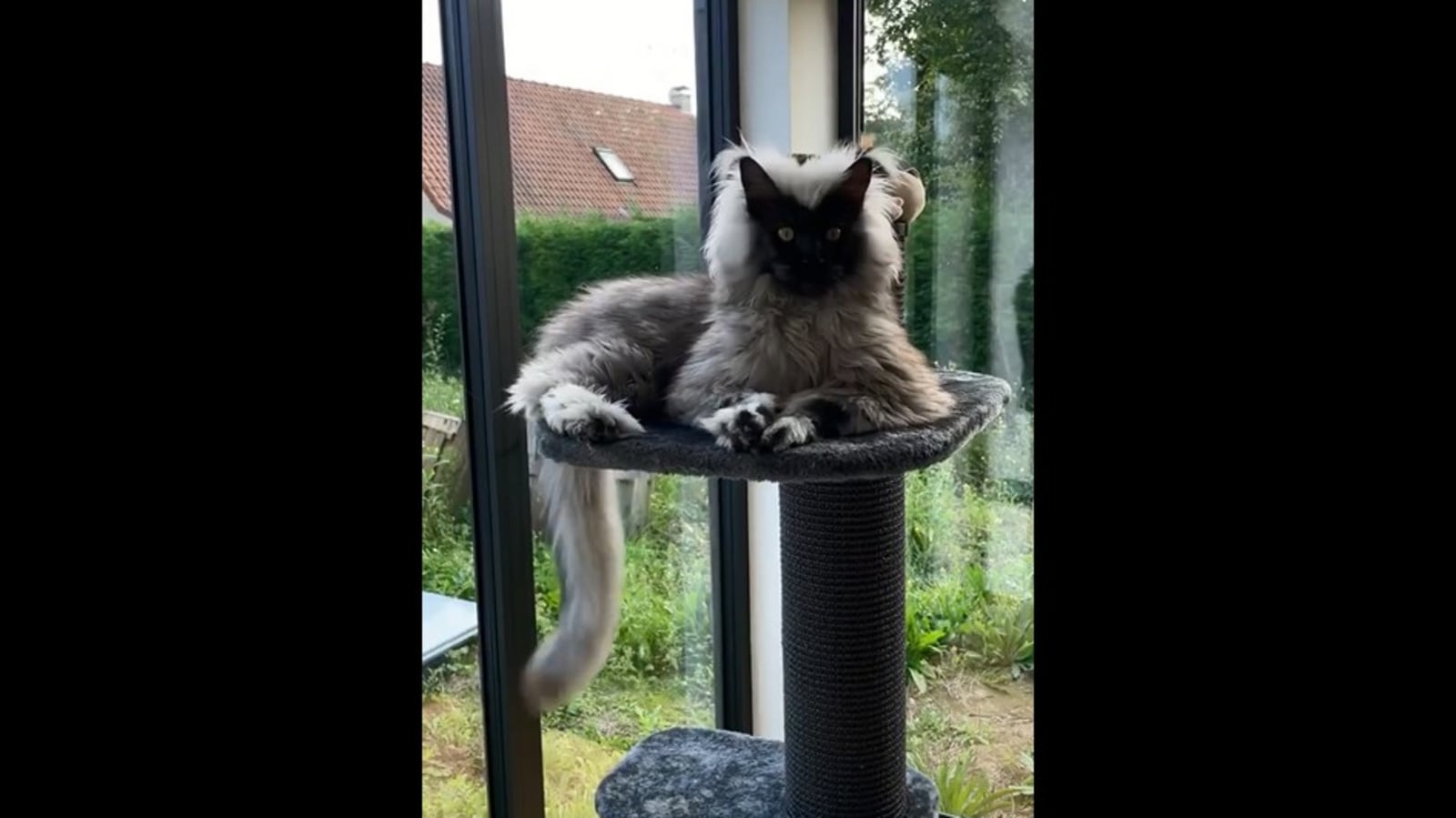 The viral video that shows the cat looking like it is ‘naturally dressed up’ was posted on Instagram.

Cute cat videos are perfect to make your day better. Those are the videos that have the power to uplift anyone’s mood almost immediately. This video of a cat named Richie posted on Instagram is one such clip. There is a chance that the clip will leave you saying ‘Aww.’

The video was originally posted on the Instagram page of the cat. It, however, went viral after Instagram shared it on their official page. They posted the video under their Weekly Fluff series where every week they give people a glimpse of various adorable pets.

“Suits you, sir. Meet Richie (@richie_the_mainecoon_), an adorable and intelligent black smoke Maine coon cat who is naturally dressed up. #WeeklyFluff,” they added while sharing the video.

The video opens to show a cat sitting atop a cat stand. It is the gorgeous fur and the colour contrast of the cat that has now left people stunned.

The video has been posted about 15 hours ago. Since being shared, the video has quickly gone viral and received millions of views. Till now, it has gathered more than 10 million views and the numbers are quickly increasing. The video has also prompted people to post various comments. A few also showcased their reactions by sharing heart emoticons.

What are your thoughts on the video? Did the video leave you smiling?

Jersey Mike’s to offer its subs by drone | ZDNet