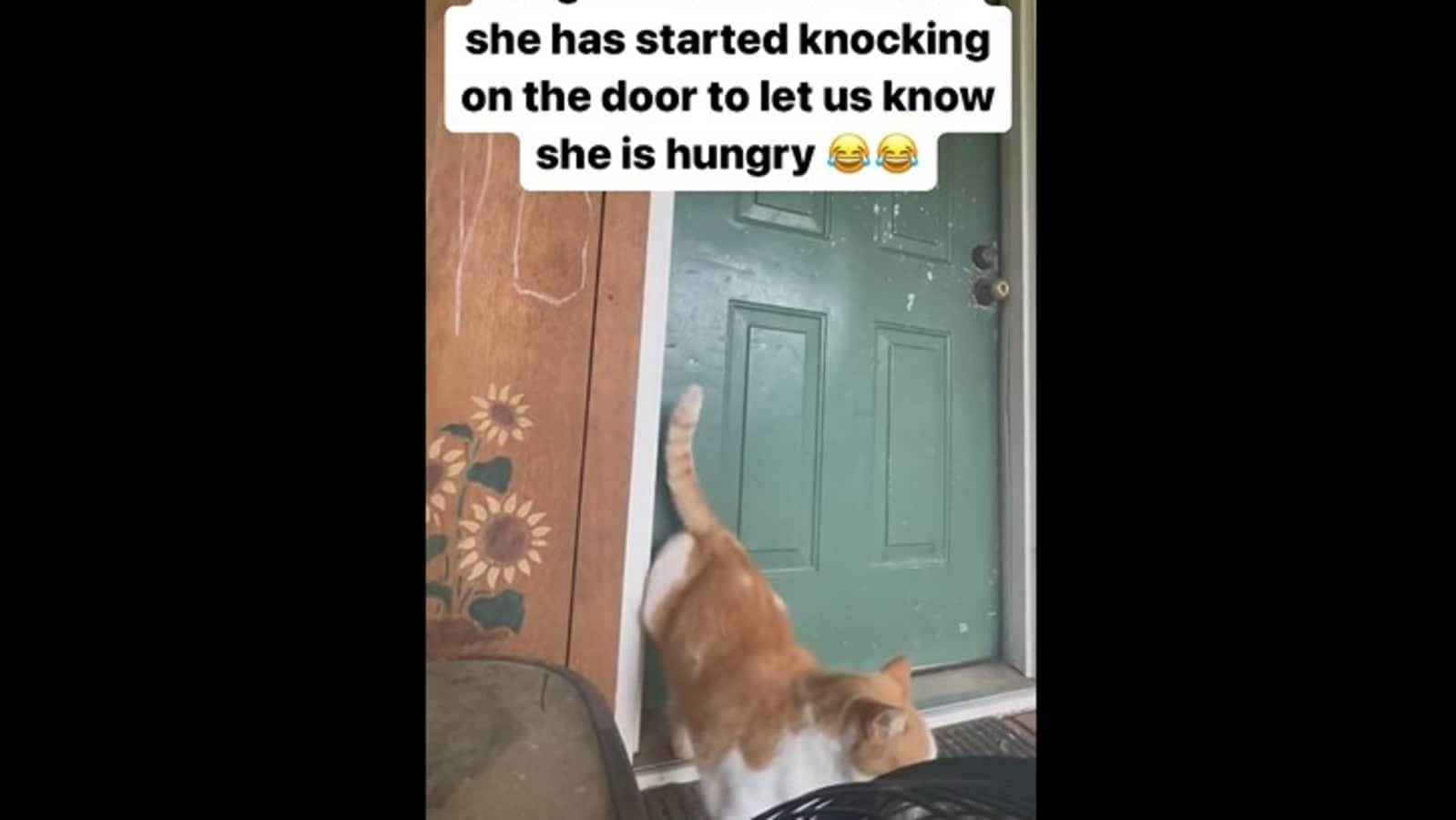 The videos capturing different antics of the cats are often absolutely wonderful to watch. They are also the clips which may uplift one’s mood almost instantly. One such video of a kitty has turned into a source of happiness for many. The video captures the cat knocking on her neighbour’s door to let them know that she is hungry. There is a possibility that the video will leave you giggling too and even make you say aww.

Originally posted on TikTok, the video captured people’s attention after being re-shared on Instagram. The video is shared with a hilarious caption that reads, “You’ve created a monster.”

The hilariously adorable video opens to show the cat standing in front of a closed door. Within moments, she lifts one of her hind legs and starts knocking. A text appearing on the screen also adds context to the video. “We started feeding our neighbour’s cat and now she has started knocking on the door to let us know she is hungry,” it reads.

The video was posted one day ago. Since being shared, the video has accumulated more than 75,000 views and counting. The post has also received several comments from people.

“I just saw you look out the window,” joked an Instagram , imagining the cat’s thoughts. “Feed him once and now you’re locked in a contract with no way out,” shared another. “A little genius,” commented a third. “Knocking and sounds like she’s saying hello hello,” wrote a fourth.

Undekhi season 2 review: Underrated show gets a worthy sequel, albeit a bit low on the thrill