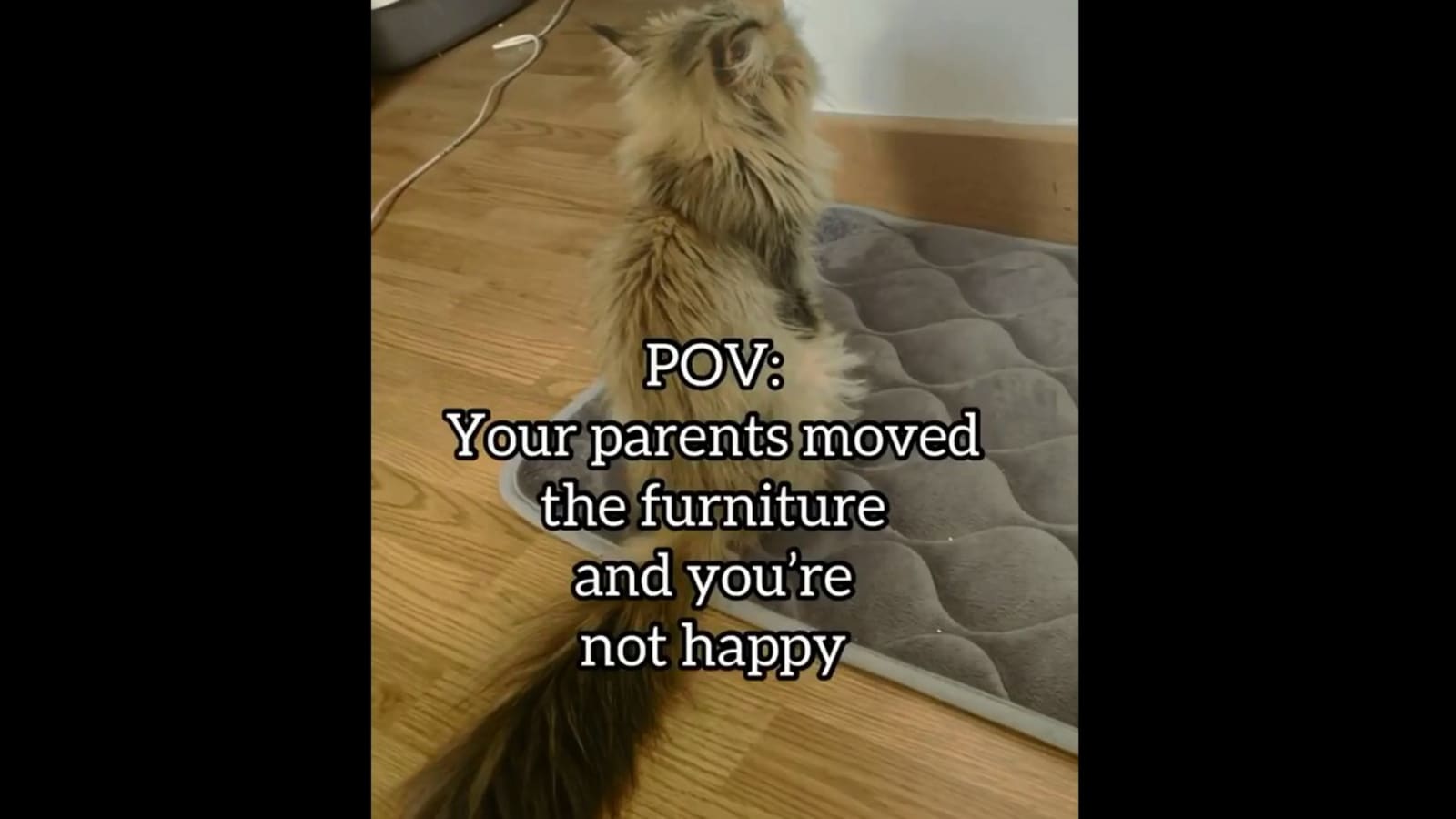 The video of the cat getting mad at pet parents for moving furniture was posted on Instagram.

Cats are known not to be shy while expressing themselves, especially if they are displeased by something their pet parents did. This video posted on Instagram shows one such cat named Christina and her reaction to her pet parents moving some furniture. There is a possibility that the video will leave you chuckling.

The clip was originally posted on the Instagram page dedicated to the cat who loves fostering other kitties along with her pet parents. The video captured people’s attention after being re-shared on another Insta page.

“It’s spring cleaning time…We moved some furniture and did some spring cleaning, turned out Chrissy realllly doesn’t like it,” reads the caption posted along with the video. The caption also gives a brief explanation about what is showcased in the clip. “Chrissy staring at a wall and ignoring Mum and Dad, occasionally forgetting she’s mad,” it reads.

Take a look at the hilariously adorable video:

The video has been posted about 15 hours ago. Since being shared, the clip has accumulated nearly more than 3.8 lakh views and the numbers are only increasing. The post has prompted people to share various comments with many showcasing their support for the adorable kitty.

“That kitty is too old for such changes!! Lol,” joked an Instagram user. “Awwww, our kitties don’t like a lot of change either,” shared another. “Justice for Chrissy!” expressed a third. “I’m not done pouting yet,” commented a fourth imagining the cat’s thoughts. “Chrissy needs a minute to herself,” wrote a fifth.

Dad strikes up friendship with neighbour’s dog. Video is wholesome to watch

Palak Tiwari opens up on nepotism, asks ‘would it be fair’ if mom Shweta Tiwari ‘gave her daughter nothing’