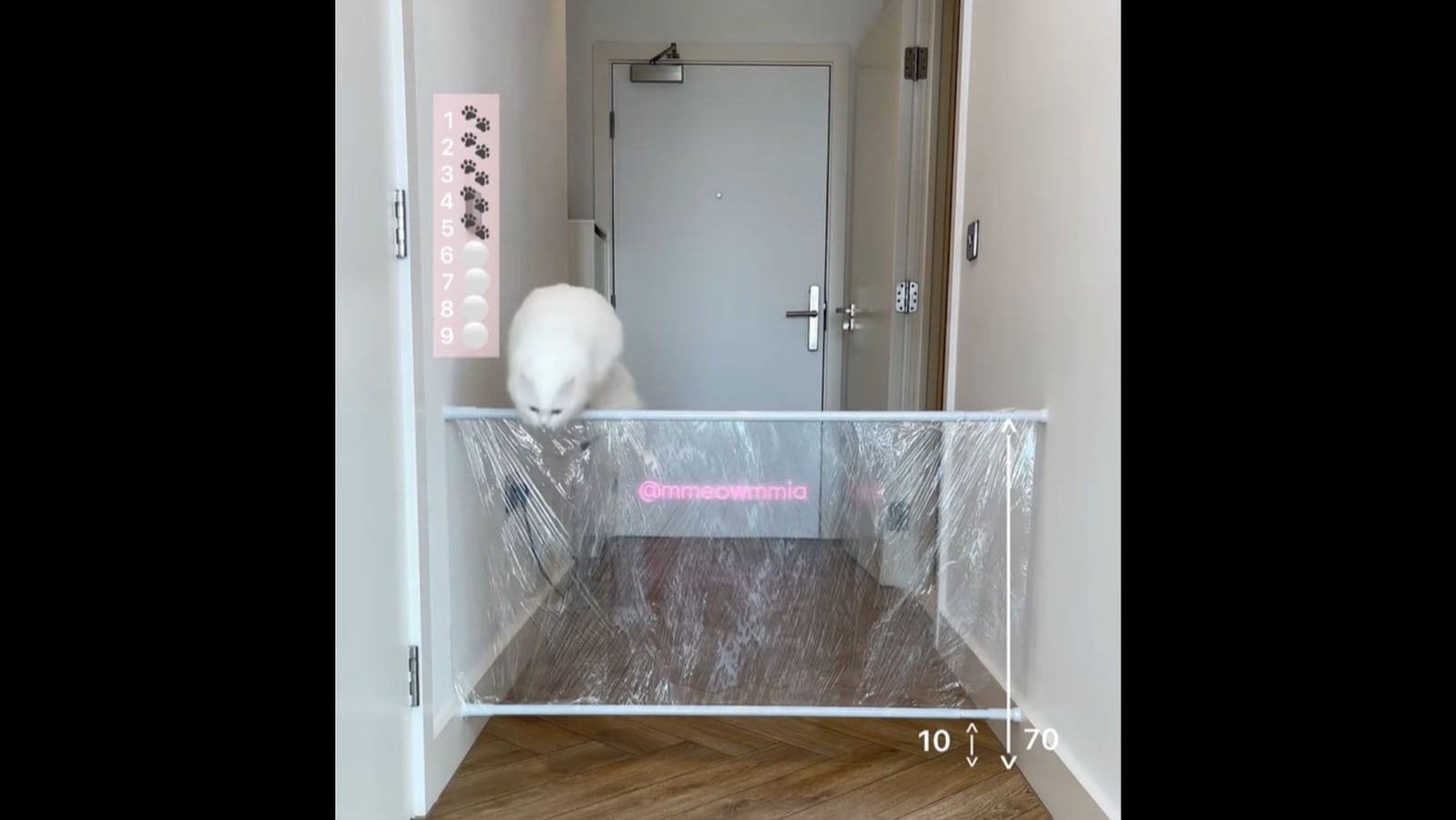 With so many challenges going viral on the internet, this video of two cats made to take part in the long jump challenge turned out to be a delightful watch for netizens. Who doesn’t like to have fun with their pets, after all? This video going viral on Instagram shows two cats named Mia and Jerrie trying to cross the hurdle set by their pet parent.

The video was posted by an Instagram page dedicated to the two cats – Mia and Jerrie. The video shows the white cat, Mia, smartly showing off her exceptional jumping skills by crossing the bar four times high. She even crouches through the bottom bar once. However, there comes the point when Mia meows for help in the end. The pet parent eventually comes to Mia’s rescue, making it easier for her to cross. Jerrie, on the other hand, is perplexed by the whole situation.

The caption posted along with the video reads, “Mia is a queen, Jerrie is: “What’s between those ears? Is it a brain? – No, just floof. No brain, just floof.” The bio of the page describes Mia and Jerrie as the ‘Ambassadors of Fluff.”

The viral video was posted on August 19, and since being posted, it has accumulated more than 2 lakh views and counting. The video has also garnered more than 23,000 likes and prompted several users to post comments.

Appreciating the video, one of the Instagram users commented, “She is brilliant!! So talented.” “Omg!!! Mia is definitely the sophisticated queen. Oh Jerrie, at least you are cute,” commented another. A third user commented, “The ninth test of Mia was Jerrie and her inseparable mouse.”

Flipkart Kaun Who Did it Answers 28 December 2021

She-Hulk to House of the Dragon, the 8 Biggest TV Series in August