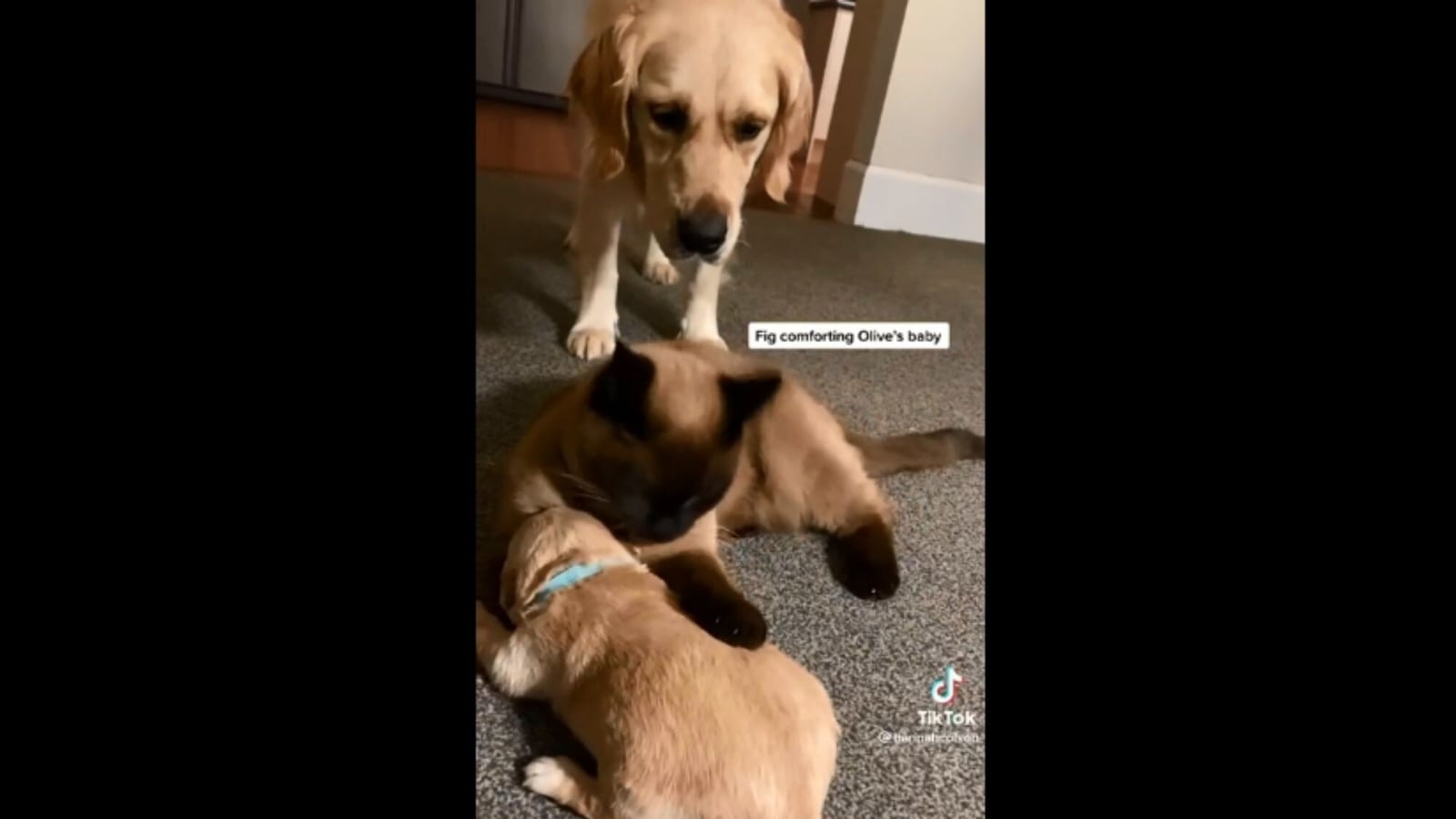 The wonderful video showing a cat taking care of a golden retriever pup with the mama dog looking on was posted on Reddit.

A sweet moment involving a cat, a mama dog and her pup is winning hearts on the Internet. The heartwarming video shows the cat taking care of the crying golden retriever pup. There is a possibility that the wonderful video will melt your heart into a puddle.

The clip was originally posted on TikTok. However, it captured people’s attention after being re-shared on Reddit. “Well… it looks like you got this. I’ll just take a nap!” reads the caption posted along with the video imagining what the cat would say to the mama dog. A text insert on the video also explains that the cat is named Fig and the mama dog’s name is Olive.

The video opens to show the little golden retriever pup lying on the ground and whimpering. The cat is seen sitting next to it and within moments, the kitty start showering the little one with kisses. What is amazing to watch is the reaction of the pup’s mother who is seen standing behind them and looking at the wonderful moment. Towards the end of the video, the cat gives a hug to the puppy as the mama dog moves away probably to get some sleep as her friend babysits and takes care of her kid.

The video has been shared about 21 hours ago. Since being posted, the clip has gathered nearly 27,000 upvotes. The post has also accumulated tons of comments from people. They couldn’t stop commenting on the cuteness of the moment showed in the video.

“When you finally find a good babysitter and can take some time for yourself,” posted a Reddit user. “Mama doggo looks so exhausted and at the end so thankful. Melts my heart,” commented another. “I love how the cat looks at the mom like ‘you going to handle this?’ Then the ‘FINE’ flop down to handle it. Lol too cute,” expressed a third. “I think Olive is a tired parent who needed a break lol,” wrote a fourth.

Could your smartphone photos detect diseases? Google’s working on it | ZDNet