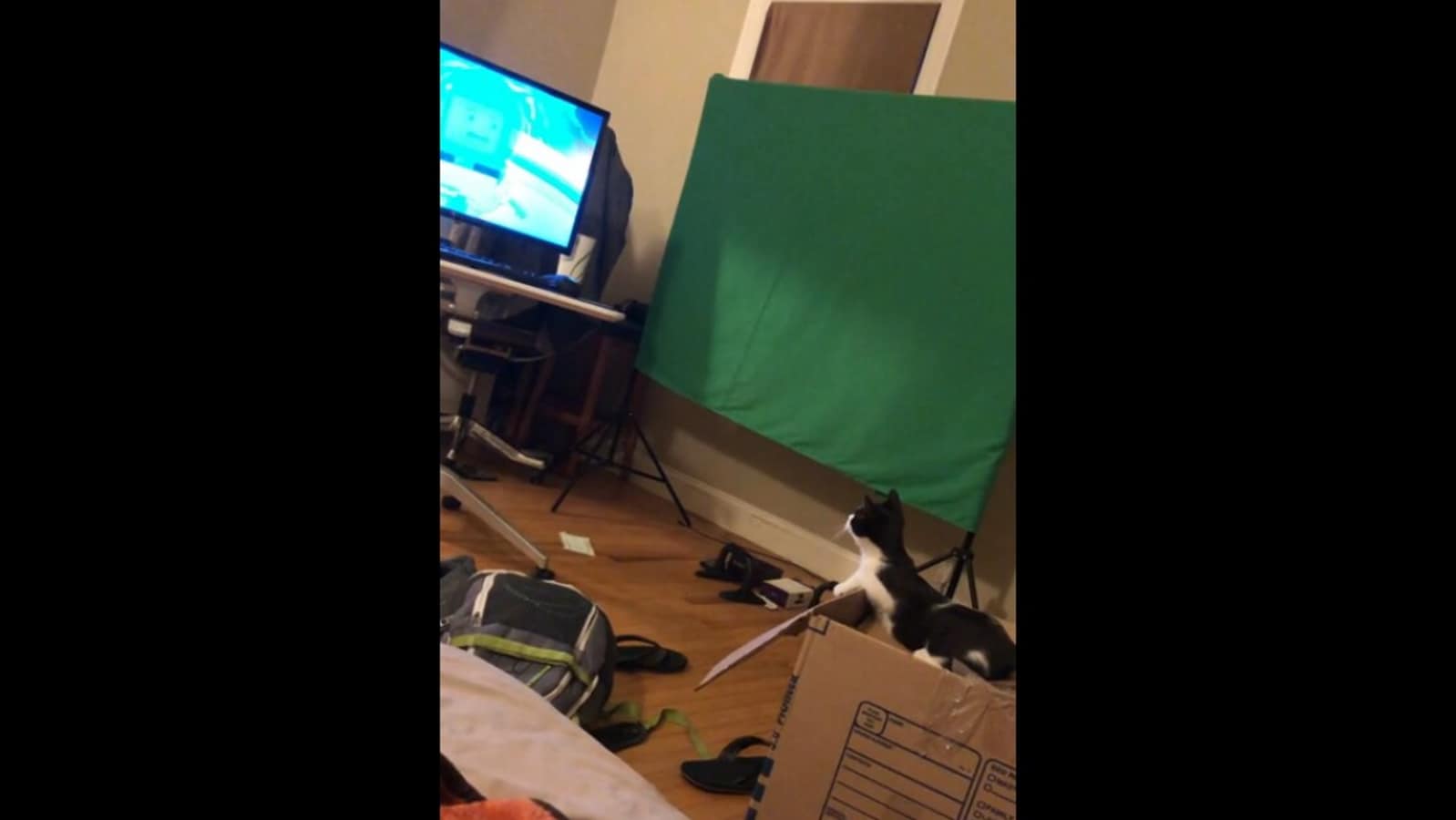 This video posted on Reddit shows how a foster cat calms down when he watches Adventure Time show on the television.

Be it babies or pets, it is often difficult for people to calm them down especially when they are not feeling alright. Many people often resort to making them look at a screen of some sort, if not letting them watch some television. This video posted on Reddit, shows exactly that kind of a situation with a foster catto.

The video opens to show a cat sitting on top of a box. He is seen to be sitting there with the lid of the box open in front of him. Soon enough, viewers can see that the television right in front of him is playing Adventure Time, which is quite a famous kids show. The cat soon becomes visibly interested and calm, and keeps looking at the television intently.

“Choco was highly anxious when we first fostered him. Adventure Time always calmed him,” reads the caption that accompanies this adorable cat video. Throughout the video, the cat can be seen looking at the television screen with utmost keenness.

Watch the cat video below:

This video was posted on the subReddit r/learningtocat, around 16 hours ago. So far, the video has garnered more than 2,000 upvotes. It has also received several comments from cat lovers. And the numbers only keep going up.

“One of the quirky things I love about cats is how they’ll watch TV, have favorite shows and everything,” related a Redditor. “This is precious,” posted another individual. “Awww that’s adorable. I love how some cats watch TV with you. Mine sometimes watch it too but only for about two or three minutes,” commented a third.

Nia Sharma says her break from work isn’t voluntary: ‘I am still a beggar who needs work, money’

Google Workspace Apps Are Being Optimised for Tablets: Details