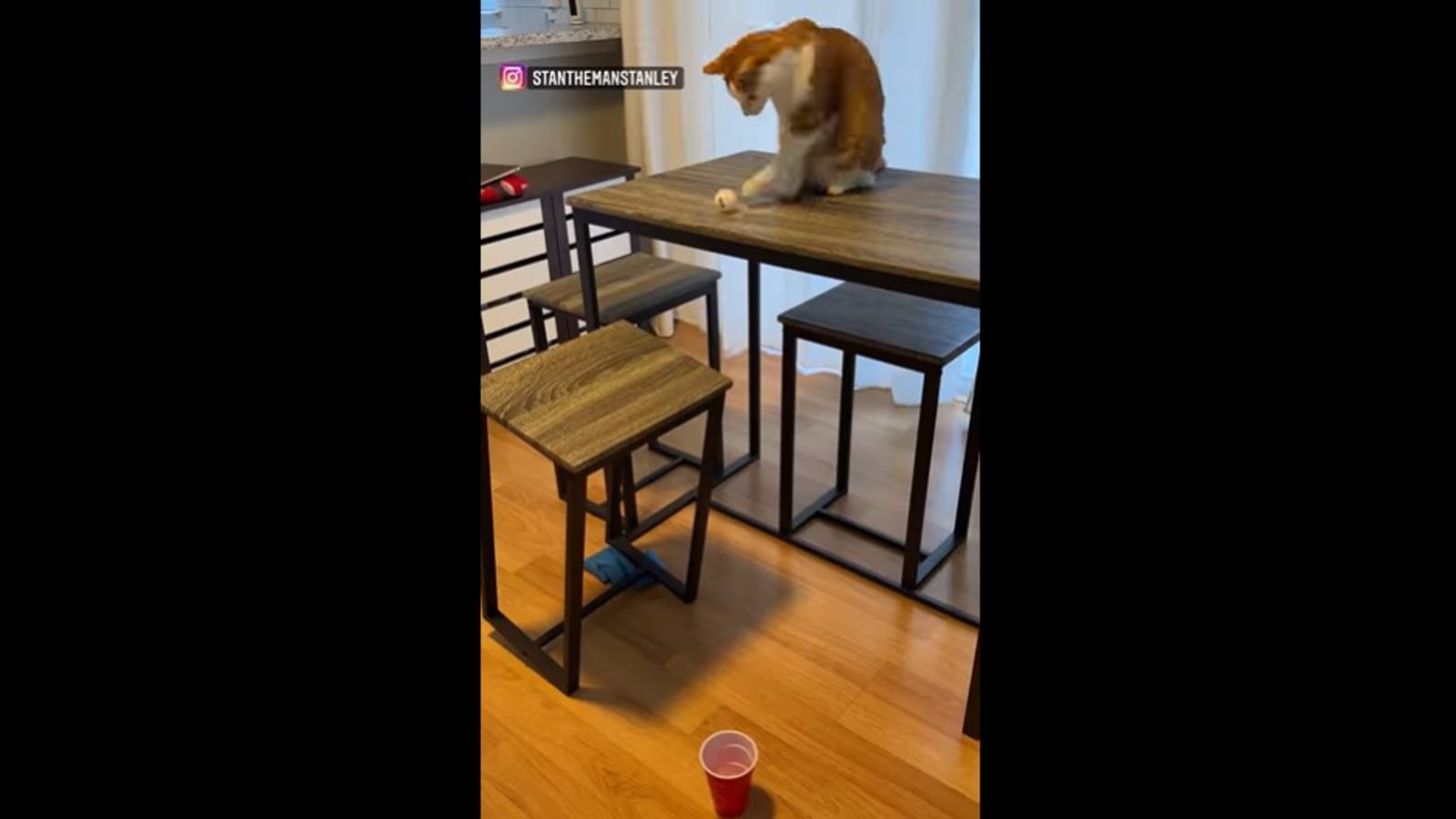 This video posted on Instagram shows how a cat bounces a ball off a table and into a tumbler. After this, he does a little victory ‘dance’.

There are many videos of cats doing tricks on the Internet where they often seem to figure the trick out quite quickly. This video posted on Instagram shows a cat named Stanley who moves a ball off a table in a way that it falls directly into the tumbler that is placed below it.

The video opens to show a cat sitting on top of a table and looking towards the floor where the plastic tumbler is kept. He soon starts pushing the ball off the table and his human has arranged it in a way that it hits the chair that is kept to the left of the frame and then falls into the tumbler. This also meant that he would need to be extra careful and cautious with his movements

In his third try, the cat successfully gets the ball into the tumbler and in order to celebrate, turns around and does a little victory ‘dance’. The video was originally uploaded on the Instagram page called Stanley the Cat. It was reshared by Cats of Instagram with the caption, “Cat trick shot.”

Since being posted on Instagram around the day ago, this video has garnered more than 68,000 likes. It has also accumulated several paws-itive comments from cat lovers.

“The little dance at the end,” reads a comment, followed by a heart-eyed and laughing emojis. “Lol umm that’s cool,” posted another. “Is it Michael Meowdan?” punned a third, referencing basketball player Michael Jordan. “Awww too cute,” commented another.

Sania Mirza shows what it’s like when your sister is your BFF. Watch

Incredible ‘infinity train’ can run forever by recharging with gravity