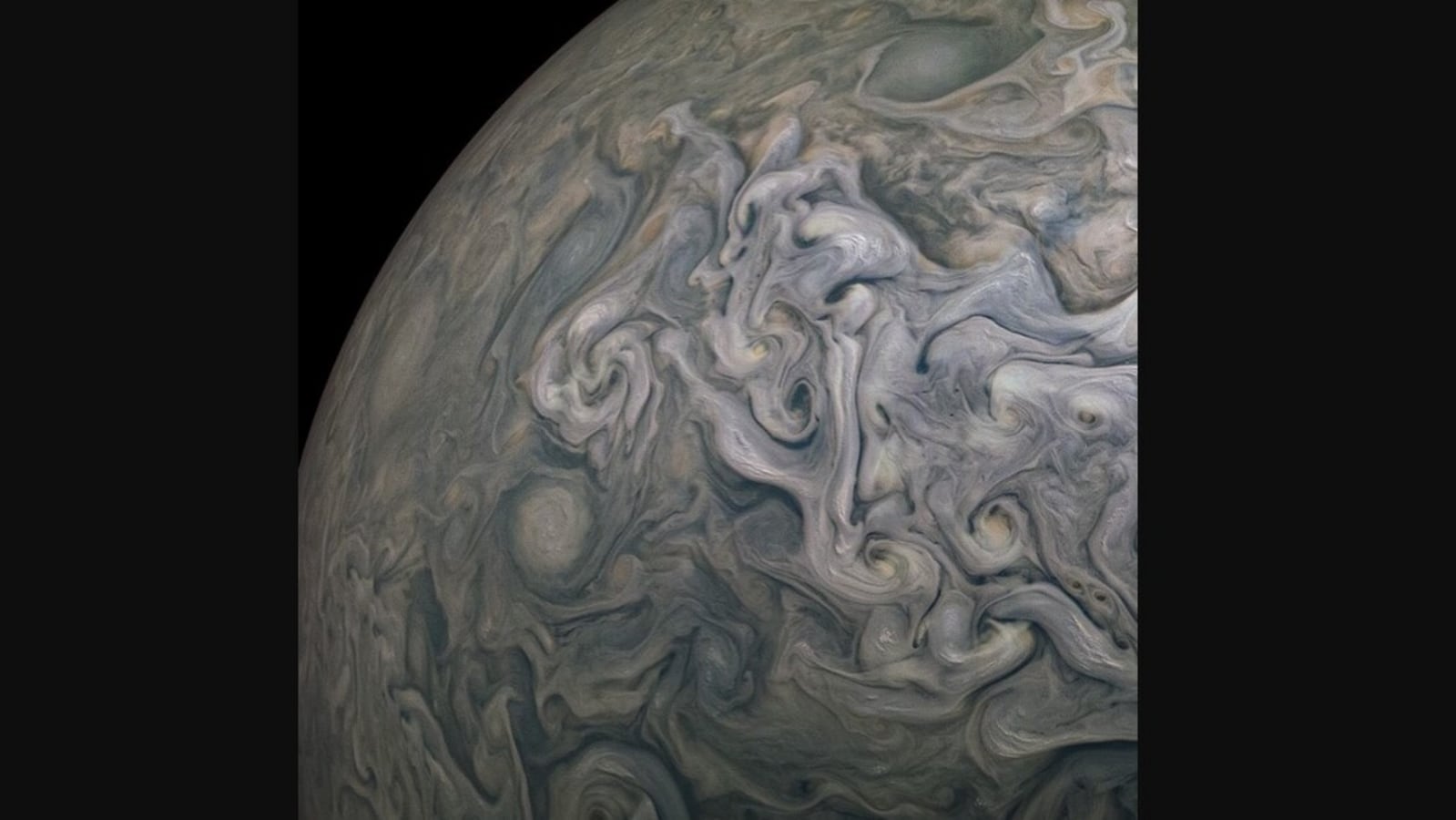 Do you often find yourself searching for images and videos that show the world that lies beyond Earth? Then here is a fascinating post that may leave you stunned. Two pictures posted by Nasa on Instagram show mesmerising swirls on the surface of Jupiter.

“If you’re like us – you can gaze at the swirls on Jupiter’s surface for hours,” Nasa wrote. Then they shared about a new initiative of theirs. “Join the forces of our NASA citizen science project, Jovian Vortex Hunter. Spot vortices, or spiral wind patterns and other phenomena in gorgeous photos of the planet Jupiter,” they added.

In the next few lines, they explained more about the images. “This data used was captured by @NASASolarSystem’s Juno spacecraft which launched on August 5, 2011. Arriving at Jupiter five years later, after a 1.7-billion-mile journey, Juno captured more than three terabits (375 gigabytes) of science data and incredible views of Jupiter and its satellites. By helping categorize these images of dazzling features, like bands, spots, and “brown barges” you’re helping scientists understand the fluid dynamics and cloud chemistry on Jupiter,” they explained.

The space agency also explained the image in detail. “The subject of the image is a section of Jupiter’s surface surrounded in black space. Jupiter’s surface is covered by intricate swirling patterns in shades of white, greys, beige, and blues. The detailed storms depicted by swirls, swirl both out and in from each other creating a complex pattern across Jupiter’s surface,” they described.

The video was posted 10 hours ago. Since being posted, the clip has accumulated more than 7.9 lakh likes and the numbers are only increasing. The share has also prompted people to post various kinds of comments.

“Beautiful!!” posted an Instagram user. “Omg!! Extraordinary!!” expressed another. “So cute,” commented a third. “Love it,” wrote a fourth.

Zoom Gets Avatars Feature for Virtual Meetings: How to Use It

GitHub educator: Our biggest mistake, and our opportunity