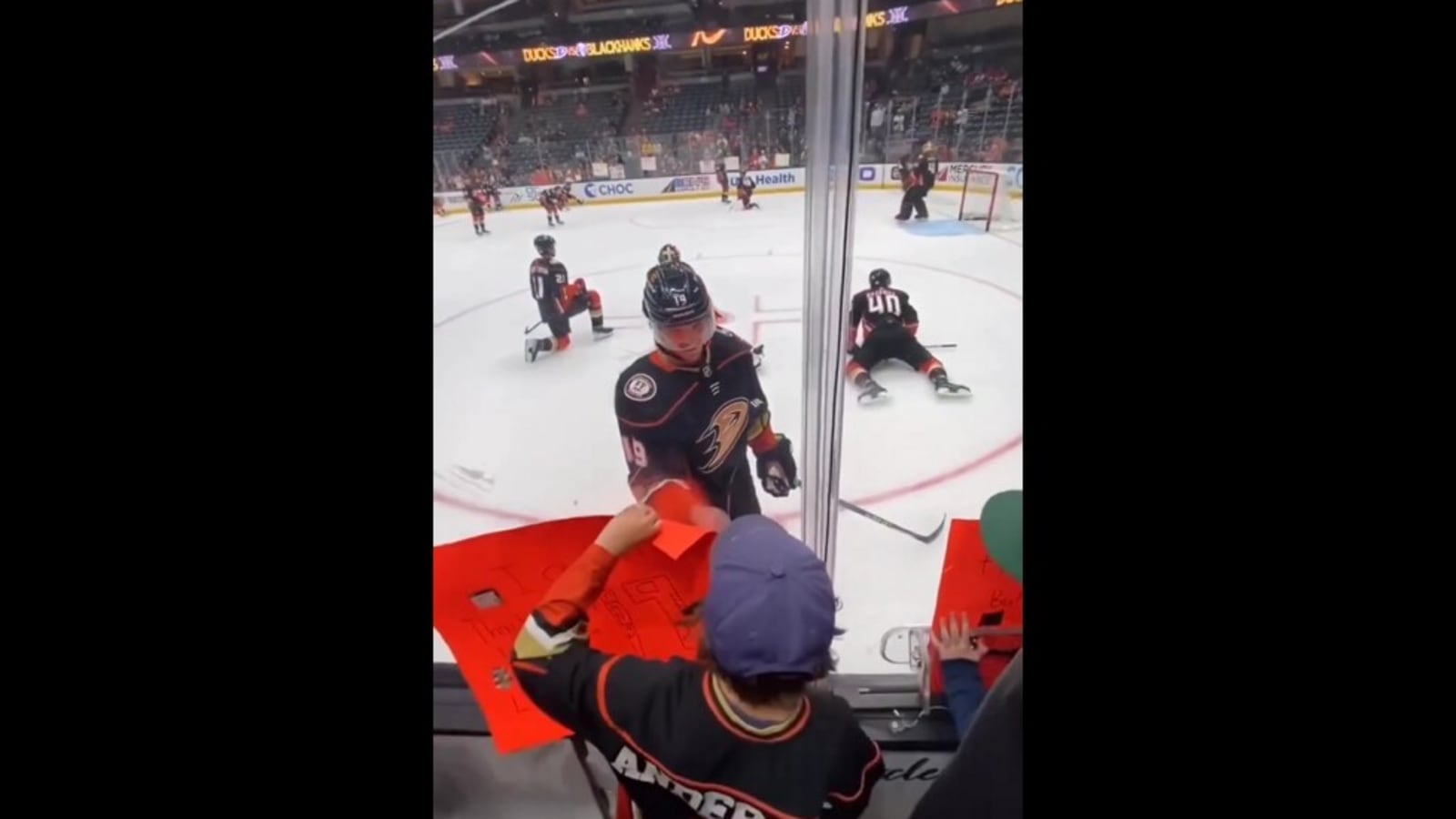 A boy is receiving lots of love on the Internet due to his kind gesture towards another kid. Shared on Instagram, the video shows how he passed on a puck to another kid after winning it from a hockey player after playing ‘rock, paper, scissors’.

The video is posted on the Instagram page Goodnews Movement. Alongside, they also shared a caption explaining the incident. “Paying it forward!!!: Boy immediately gives away the hockey puck he won playing Rock, Paper, Scissors against an NHL player,” they wrote.

The video opens to show the boy playing the game with the hockey player and winning a puck. However, instead of keeping it with him, he passes it to another person who appears to be younger than him.

The video was posted about 22 hours ago. Since being shared, the clip has accumulated more than 7.3 lakh views and counting. The share has also gathered close to 36,000 likes. People posted various comments while reacting to the video.

“What a good kid! You know that he sees that modeled in his life because he did that immediately and without hesitation,” posted an Instagram user. “He didn’t even hesitate to give,” commented another. “No Hesitation. He’s ready for anything.,” shared a third. “What a great kid,” wrote a fourth.

This little kid has a secret to share. Watch viral video to know about it

Little girl calms down with dad around as opposed to mom. Watch viral video