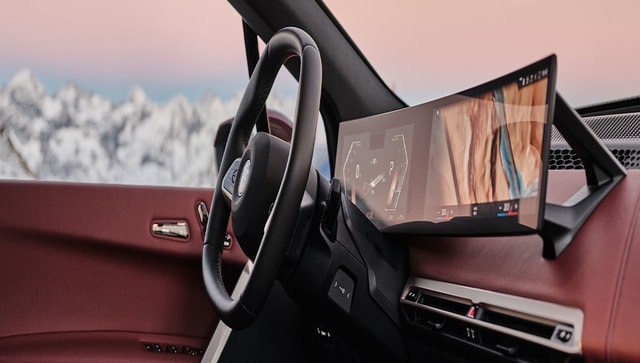 According to news reports, people who pre-book the SUV will get a chance to win special 20-inch M Light alloy wheels, which are worth Rs 20 lakh, for free

German carmaker BMW is expected to launch its new facelift version of X3 in the country on 20 January. The luxury carmaker has begun the bookings for the BMW X3 2022 as well, according to a Live Mint report.

According to news reports, people who pre-book the SUV will get a chance to win special 20-inch M Light alloy wheels, which are worth Rs 20 lakh, for free.

The new BMW X3 2022 will get reworked exteriors and interiors, including an aluminium finish on roof rails and window surrounds. The SUV will also get a new front profile, along with sharper LED headlamps. The car will also feature a larger kidney grille.

The luxury SUV is expected to come with revamped exhausts and bumpers. The taillights of the X3 will also come with a new appearance, being much slimmer than the outgoing model.

According to news reports, the BMW X3 is expected to come with 2.0-litre four-cylinder turbo-petrol and turbo-diesel engines, which were also part of the outgoing model.

Although the luxury carmaker offers 3.0-litre six-cylinder petrol and diesel engines with the X3 model, the larger engines are unlikely to be a part of the India-spec model, according to Hindustan Times.

The 2.0-litre engines of the X3’s India model will be paired with BMW’s xDrive all-wheel-drive system, according to reports.

Furthermore, the BMW X3 facelift will also get a digital instrument cluster, updated switchgear, a new 12.3-inch free-standing touchscreen infotainment system, and many other new features. The SUV will also get a revised centre console, which is similar to the one in BMW’s 4 series.

The BMW X3 2022 facelift will be priced in the range of Rs 55 lakh to Rs 70 lakh (ex-showroom), according to a Hindustan Times report.

It will compete with other rivals in the sector such as the Mercedes-Benz GLC, Audi Q5 facelift, Volvo XC60 and Land Rover Discovery Sport.

Exclusive! Siddharth Nigam rejected Judwaa 2 as he didn’t want to do ‘bachpan ka role’; confirms doing Salman Khan’s Bhaijaan and speaks about his...