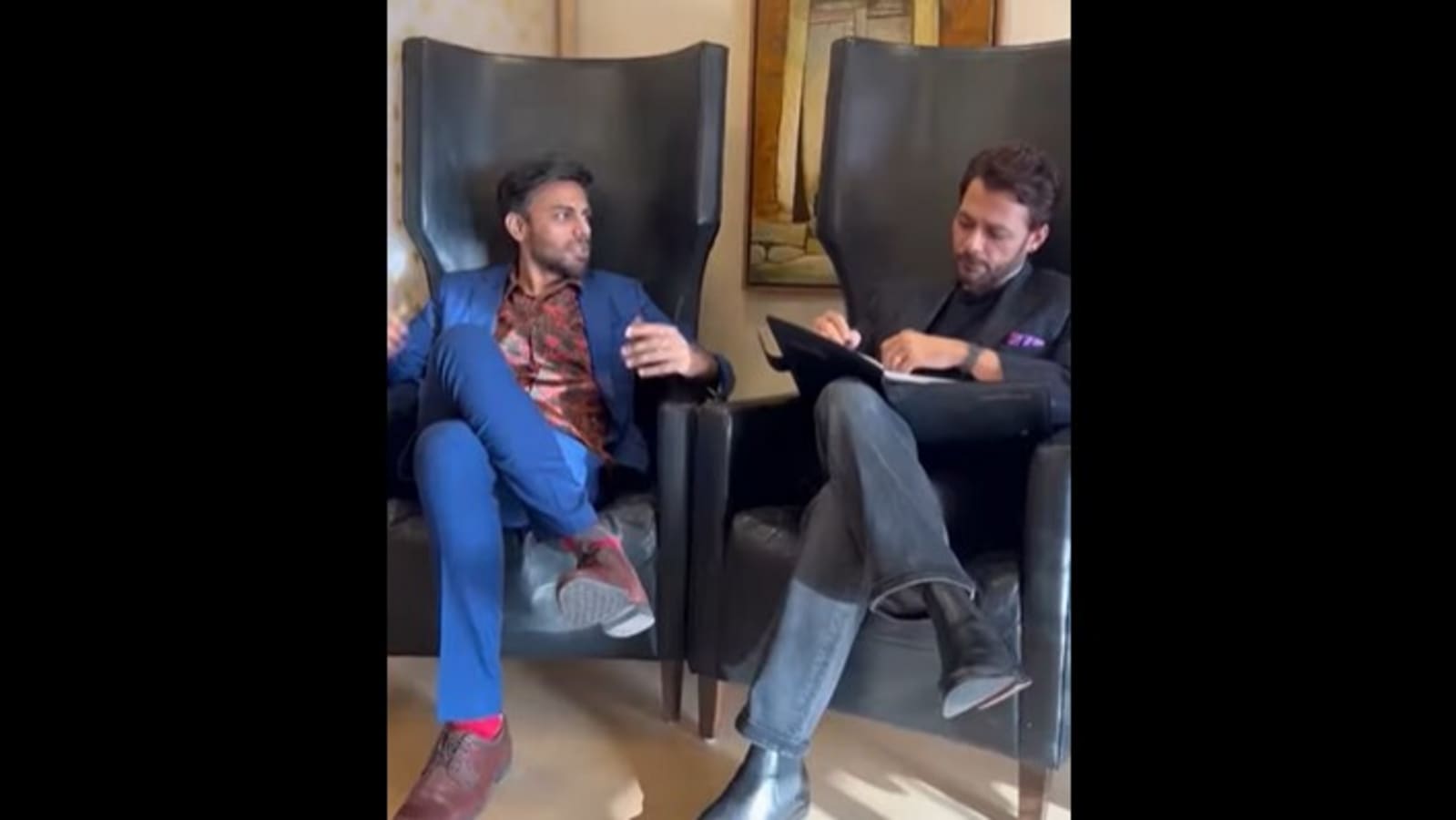 With the ongoing Shark Tank India craze, many influencers on Instagram have taken to comedy sketches where they mimic one panelist or the other. Recently, Kusha Kapila went viral once again for pulling off an amazing mimicry of Namita Thapar, the CEO of Emcure Pharmaceuticals. And this time, comedian Biswa Kalyan Rath has taken to his Instagram page to share videos of himself imitating Anupam Mittal, the CEO of Shaadi.com.

Biswa Kalyan Rath had already uploaded a series of videos of himself imitating the CEO who has his own special way of talking. But recently, he has shared a video where he can be seen sharing the frame with Anupam Mittal himself. “Baat hi nahi karne dete yaar,” [They don’t let me speak] reads the text insert in the video, followed by some angry face emojis.

Mittal can be seen enjoying himself in the video where he acts like he is the one interviewing Biswa. “Koi tehzeeb hi nahi hai yaar,” [They have no manners] reads the caption to this video.

The video was posted on Instagram around two hours ago. As of now, it has already garnered more than 54,000 likes. It has also accumulated several comments from people, including fellow comedian Rohan Joshi.

Joshi took to the comments section to post, “Hahahahahahaha too good.” Sahila Bulla commented, “Hahahahahahahaha this is so so so coooool.” “Biswa sounds more like Anupam than Anupam himself!” posted an Instagram user. “We need a Shark Tank spoof with Biswa as Anupam, Kusha as Namita, Rohan as Ashneer and Tanmay as Aman,” suggested another.

Biswa has also shared videos where he mimics Anupam Mittal as he addresses the pandemic crisis and mutated viruses. The videos are truly hilarious to watch as he not only pulls off Mittal’s speaking style but also has some funny quips at the virus.

He even posted a video where he is seen explaining why he is ‘out’ but in a game of cricket instead of on Shark Tank India.

What are your thoughts on these funny videos?

She didn’t trust her movers. A single Apple AirTag proved she was right | ZDNet