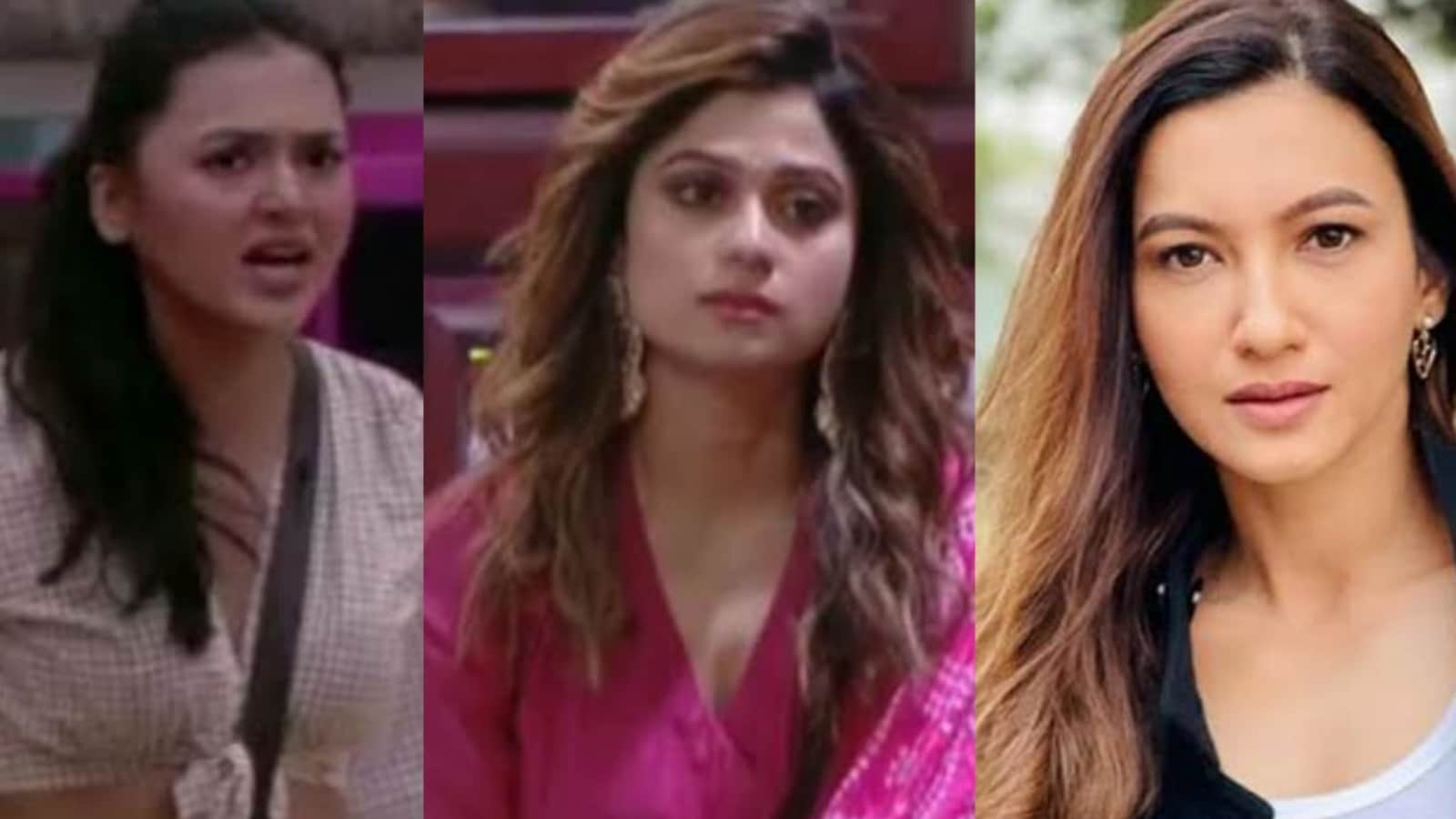 A video clip from one of this week’s Bigg Boss 15 episodes has become a cause of controversy. In the clip, contestant Tejasswi Prakash can be seen accusing Shamita Shetty of trying to cosy up to her boyfriend Karan Kundrra. While part of the video is muted, fans have claimed Tejasswi says that Shamita is ‘dying to sleep with’ Karan. Former Bigg Boss contestant Gauahar Khan, however, has defended Tejasswi claiming that the video is altered.

The short clip shows an argument between Karan and Tejasswi in the VIP room of the Bigg Boss House. Karan asks Tejasswi to ‘stop all this’ referring to her allegations against Shamita earlier in the episode, when she had said Shamita was trying to needlessly talk to Karan. Tejasswi replies, “Fact hai woh mari jaa rahi hai tere saath (muted) ke liye (It’s a fact that she is dying to (muted) with you).” To this, Karan waves his hands and replies in Hindi, “No, don’t say all this. Nothing like this is happening.”

While part of the statement is muted so it is unclear as to what exactly Tejasswi is saying, several social media users accused Tejasswi of ‘character assassination’. Many say that Tejwasswi said “Fact hai woh mari jaa rahi hai tere saath sone ke liye (It’s a fact that she is dying to sleep with you).” Even Kamya Punjabi shared the video, captioning it, “What? What?????”

Gauahar wrote to her, saying the muted word is not what fans have claimed and Tejasswi is instead saying ‘dosti karne ke liye (to be friends with you)’. Quote tweeting Kamya, Gauahar wrote, “No this is an altered video, she said dosti karne ke mari jaa rahi hai. Sometime fans can misguide for support.”

In another tweet, shared as a response to another version of the clip, Gauahar reiterated that Tejasswi said ‘dosti’. “Dosti karne ke liye, it’s very clear! Not sone ke liye! Anyone can tell. It’s not sone ke liye! Ando. Look carefully,” Gauahar tweeted.

Fans are divided on the issue. While many have taken offence to Tejasswi’s statements, others are advising against jumping to conclusion based on a partially muted video. “You also don’t know what she said because it was muted,” one fan wrote on Twitter in response to one such angry tweet.

New features that we wish Apple would add to iOS 16 and all upcoming iPhones- Technology News, Firstpost