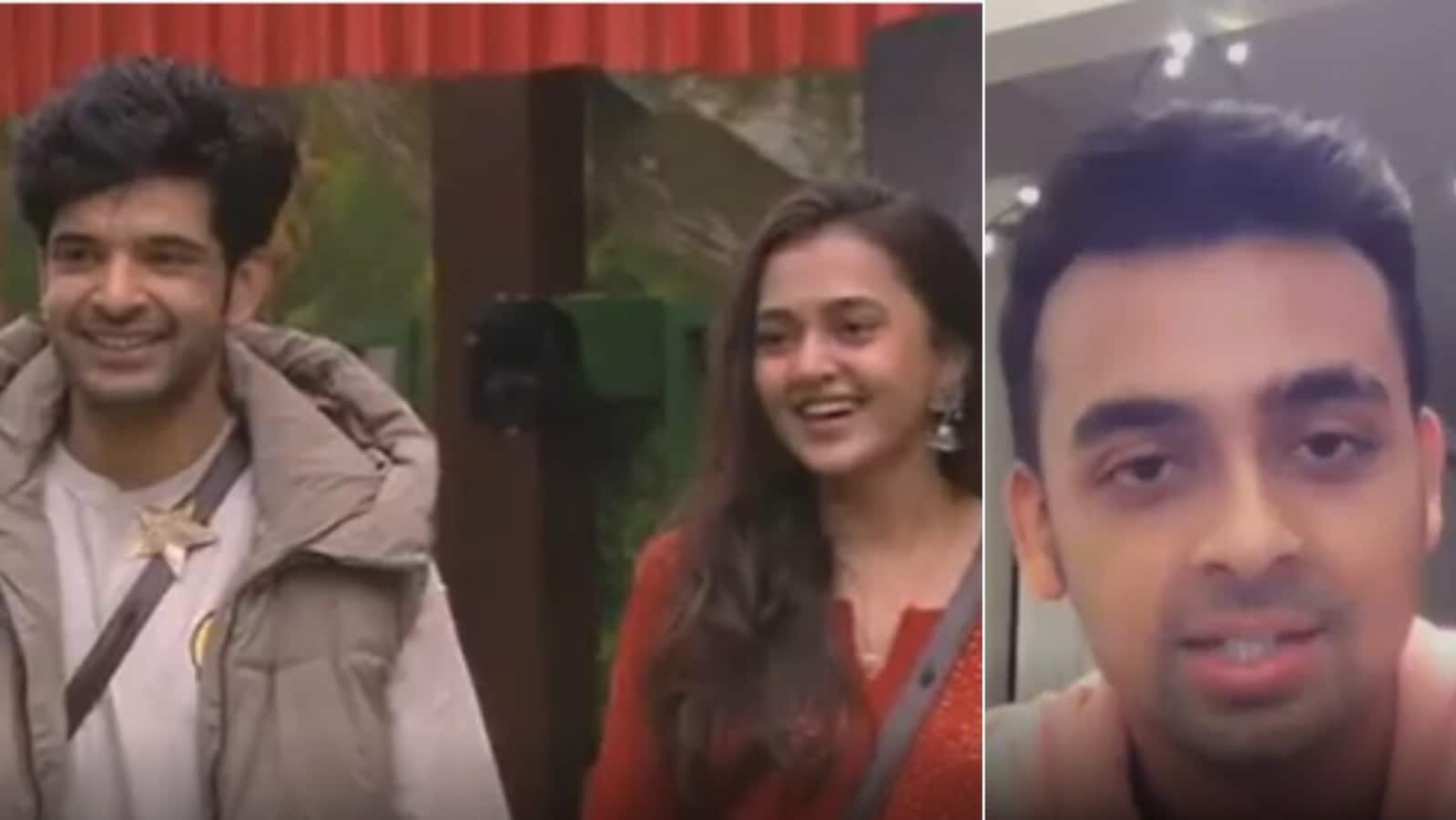 In an episode of Bigg Boss 15, Tejasswi Prakash’s brother Pratik Wayangankar reveals that their mother has approved her relationship with Karan Kundrra.

In an episode of Bigg Boss 15, the contestants got a chance to talk to their family members virtually. Tejasswi Prakash’s brother Pratik Wayangankar connected to her via video call and told her that their mother has approved her relationship with Karan Kundrra.

On Tuesday, Colors TV’s Instagram handle dropped a promo of the episode. The video starts with Rakhi Sawant getting excited after meeting her mother. She says, “Ma, acchi hai na? Meri jaa tere mein he atki hui hai (Mother, how are you? I keep thinking about you).”

Abhijit Bichukale then talks to his wife, his children and his mother virtually. In another part of the video, Karan asks his father about his opinion on his relationship with Tejasswi. While pointing out at Tejasswi, Karan says “Papa.” His father replies, “She is in the heart of the family now.”

Tejasswi’s brother Pratik also joins the show virtually to meet his sister. She asks Pratik, while pointing out at Karan, “Do you like him?” He replies, “Yes, mummy also said yes.”

This happens a few days after Karan’s brother-in-law Gaurav Malhotra tweeted that Tejasswi is “not what most families seek”. In response to a fan’s comment, Gaurav had said, “TP (Tejasswi) herself claimed that sometimes she forgets that the cameras are there so kabhi kabhi uska asli roop bahar aa jata hai (sometimes her mask slips and her real self shows). That helped me to wait to see what her real self is after the show ends because the Tejasswi I see in the show is not what most families seek. KK (Karan) may know reality.”  This statement was criticised by Pratik, who said Tejasswi “has supported (Karan) no matter what”.

Karan and Tejasswi’s love story started on the show. Last month, Karan went down on his knees with a rose to propose Tejasswi to be his girlfriend.

Cat sleeps on dog’s bed, this is how the pooch takes its revenge. Watch