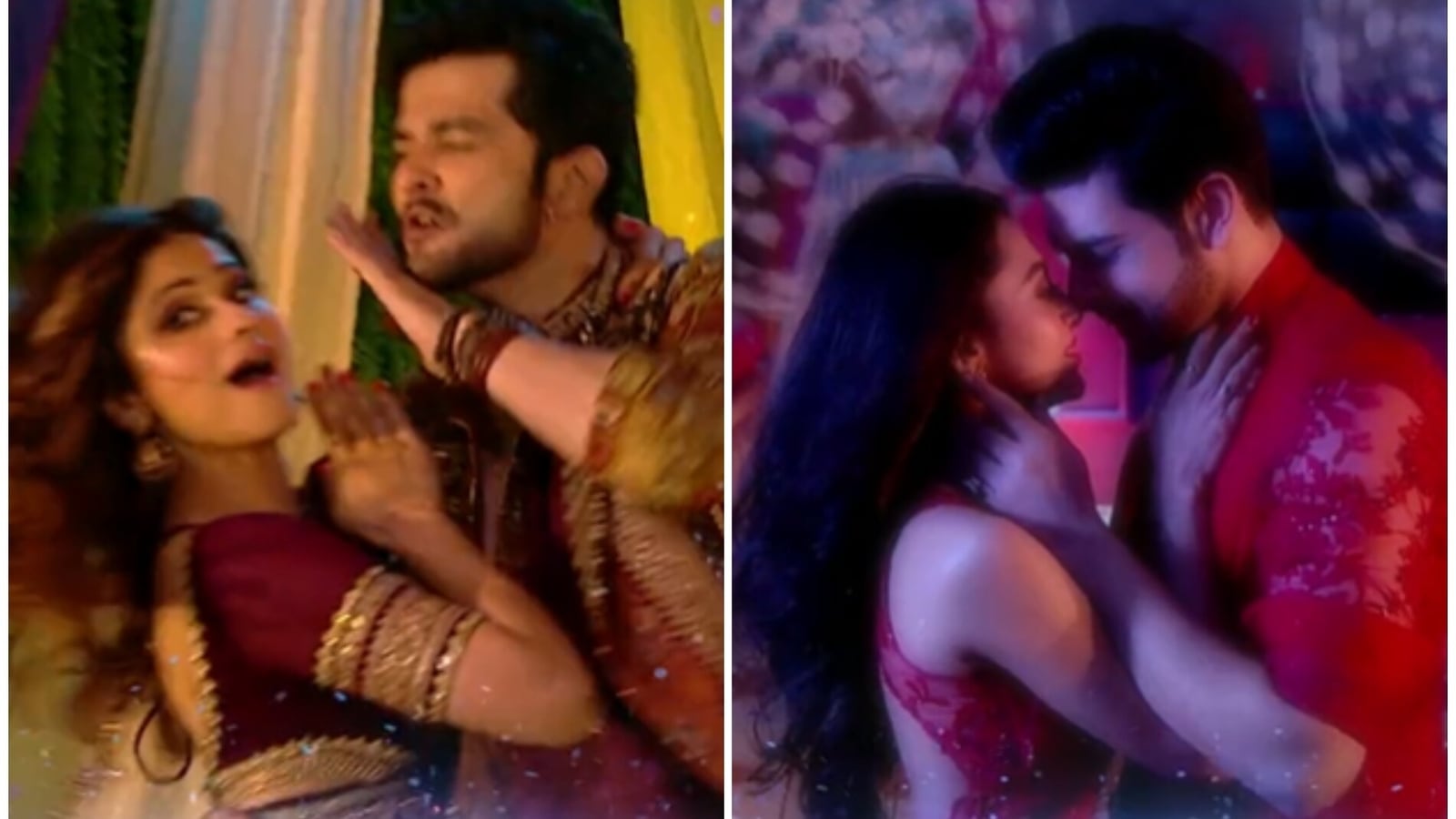 Ahead of the Bigg Boss 15 finale, Colors shared promos of some of the performances. One video showed Raqesh Bapat lip-syncing to Jab Se Tere Naina from Saawariya as Shamita Shetty told him, “Oh, so boring, Raqesh, let’s do something new.” The couple then danced to Saami Saami from Pushpa: The Rise.

The same clip also showed Karan Kundrra and Tejasswi Prakash’s sensuous performance to Raataan Lambiyan from Shershaah. The couple fell in love on the show and fans have dubbed them ‘TejRan’. They were twinning in red outfits.

In another promo shared on Twitter by Colors, the wild card contestants set the dance floor on fire. Rakhi Sawant performed with her husband Ritesh Singh to Sweety Tera Drama from Bareilly Ki Barfi, Rajiv Adatia grooved to First Class from Kalank and Rashami Desai danced to the Tip Tip Barsa Pani remix from Sooryavanshi. Devoleena Bhattacharjee, who has just undergone surgery for her injury, was not a part of the Bigg Boss 15 finale episode.

Bigg Boss 15 host Salman Khan also danced with former contestant Shehnaaz Gill in one promo. The two shook a leg together to the viral track Twada Kutta Tommy by Yashraj Mukhate. She will also pay a tribute to late Bigg Boss 13 winner Sidharth Shukla, with whom she was rumoured to be in a relationship.

Also read: Tejasswi Prakash screams ‘what is wrong with you’ as angry Karan Kundrra pushes her bench after fight

Rashami was evicted from Bigg Boss 15 on Saturday and could not make it to the top five. Those in the running for the trophy are Shamita, Karan, Tejasswi, Pratik Sehajpal and Nishant Bhat.

While speaking to the paparazzi recently, Rakhi claimed that she was ‘used’ by the Bigg Boss team for ‘entertainment’ but never given a real shot at the trophy. She compared herself to an orange and said that the producers of the show squeezed the juice and discarded the rinds.