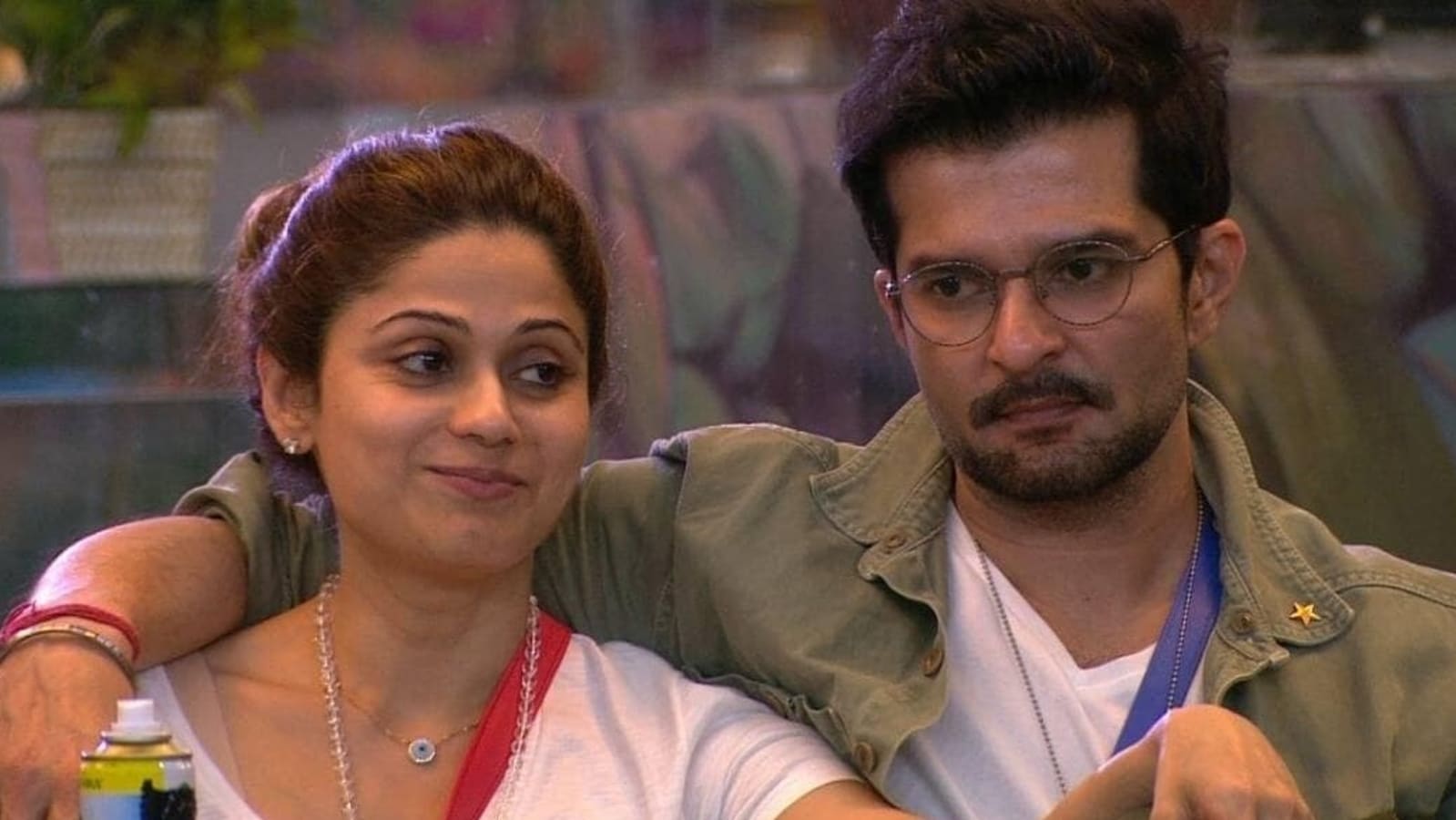 When Sunanda said that Raqesh missed her and sent her a lot of love, Shamita did not catch his name initially. When she finally did hear his name, she said, “I am missing him too and sending my love back.” She added jokingly, “I was actually just wondering, is he still my boyfriend? It’s been three months.” Her mom then said, “I am sure he must have sent some messages through Rajiv (Adatia).”

Rajiv then said, “Oh, yes. He has sent loves, kisses, hugs, and all flirty messages.”

The interaction began when Shamita got to see her mother on the TV screen and said, “Hi, maa. How are you?” Sunanda said, “I am good my darling, how are you?” Shamita responded with, “I am good too, how beautiful you are looking!” She then showed her mother that Rajiv is back in the Bigg Boss 15 house. Sunanda greeted everyone and said that she barely recognised Rakhi Sawant, who was in a joker’s get-up and had her entire face painted.

Also read: Bigg Boss 15: Tejasswi snaps at Salman for wanting to set Karan up with Shamita

Shamita and Raqesh met on Bigg Boss OTT last year and fell for each other. Raqesh even entered Bigg Boss 15 as a wild card contestant but left shortly afterwards due to health issues.