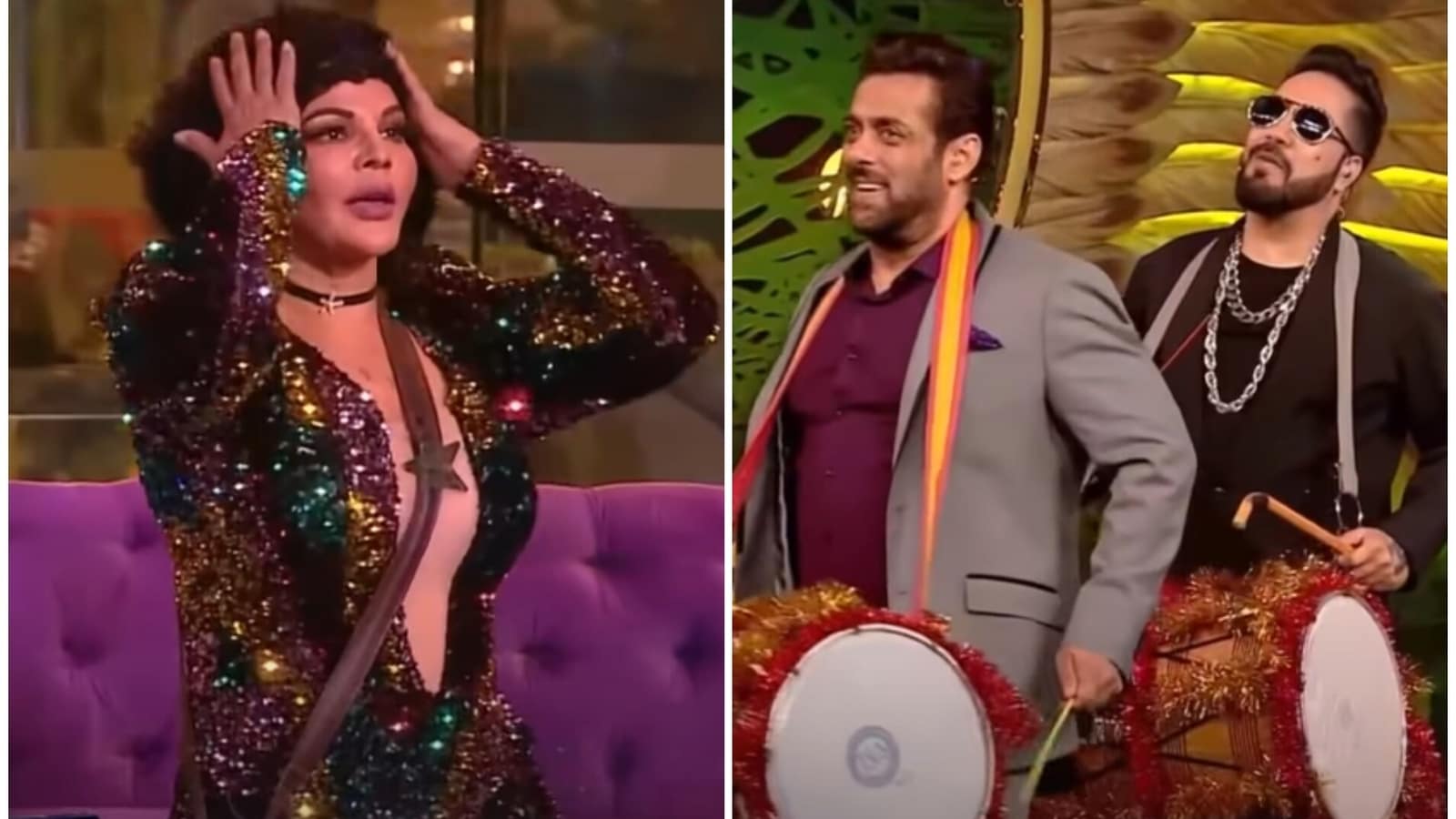 Bigg Boss 15: Salman Khan pulled Rakhi Sawant’s leg as she was shocked to see Mika Singh on the stage. He also jokingly told Rakhi her ‘favourite’ one has arrived.

Salman and Mithun shook a leg to Disco Dancer together. “East or west, Mithun da is the best. Koi shaq (Any doubt)?” Salman asked, imitating Mithun. Salman went on to recreate a few lines of Mithun, leading to him protesting, “Saala main hi kyun target hota hoon baar baar (Why am I always the target)?”

Later, Salman introduced Mithun to the Bigg Boss 15 contestants and asked them to imitate him. “What is this?” he asked. When Salman asked him to show them how it is done, he said, “Jab yeh shaq shaq mein badal jayega na toh phir koi shaq nahi rahega. Koi shaq (When this doubt changes to doubt, there will be no doubt left. Any doubt)?”

Mika came on the stage next and performed. He played the dhol with Salman and made him say ‘chak de phatte’, a Punjabi phrase of encouragement.

Bigg Boss 15 contestant Rakhi Sawant was shocked to see Mika and exclaimed, “Oh my God!” Salman teased her and said, “Tumhara favourite aa gaya hai (Your favourite is here).” Mika asked Rakhi how she was doing.

It may be recalled that at his birthday party in 2006, Mika kissed Rakhi without consent. He said that he asked everyone not to smear cake on his face but when she did it anyway, he decided to ‘teach her a lesson’ by forcibly kissing her. Mika was arrested on molestation charges and later released on bail.

Also read: Rakhi Sawant says after Mika Singh controversy, her mother told her ‘I wish you died the moment you were born’

However, Rakhi and Mika have since buried the hatchet. Last year, they bumped into each other outside a coffee shop and she bowed to touch his feet.