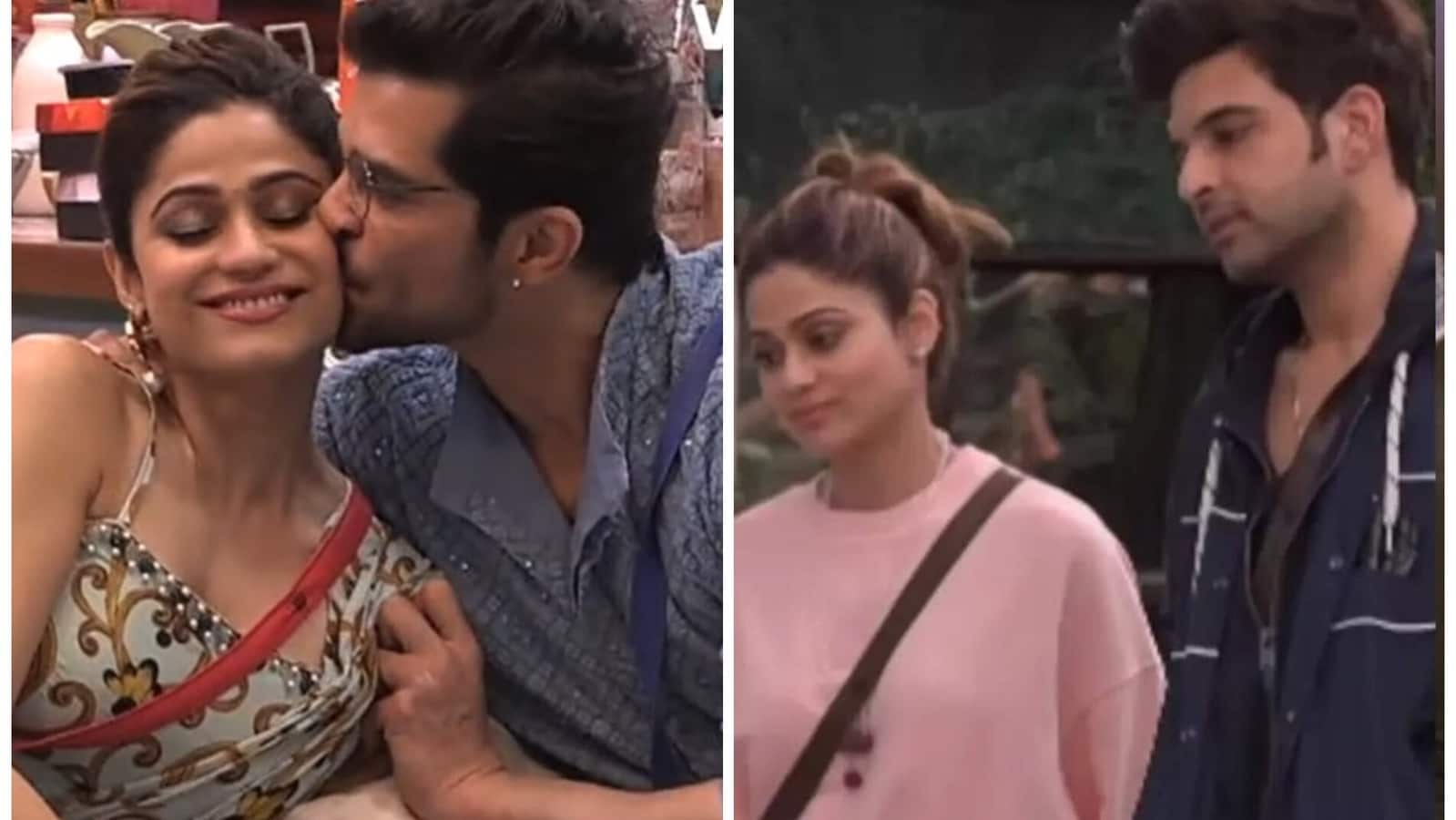 As he introduced Karan Kundrra, Salman told Mithun, “Yeh sabse bade hunarbaaz hai. Inka hunar yeh hai ki Tejasswi ko jhelte hai (He is the most talented of them all. His biggest talent is that he tolerates Tejasswi Prakash).”

Tejasswi broke the record for repeating one line – ‘Are you serious?’ – on Bigg Boss 15, Salman said, while introducing her to Mithun. Salman also teased Shamita Shetty about her love life, claiming that she is ‘confused’ between Karan and Raqesh Bapat.

“Shamita ka hunar yeh hai ki inki life mein bhi ek Kundrra hai aur ek Bapat hai. Lekin confused hai Kundrra chahiye ya Bapat chahiye, Marathi ya Punjabi chahiye (Shamita’s talent is that she has a Kundrra in her life as well as a Bapat, but she is confused between the two, whether she wants a Punjabi or a Maharashtrian),” Salman said. Tejasswi and Karan clapped and laughed at the comment. “Koi confusion nahi hai (There is no confusion),” Shamita insisted.

Salman addressed Tejasswi and clarified that he is ‘seriously joking’, to which she smiled and replied, “Very funny, sir.”

The Bigg Boss 15 contestants also performed to a medley of Mithun’s hits, including Jimmy Jimmy and I Am Krishnan Iyer.

Also see | Salman Khan takes dig at his court cases on being told to become reality show judge: ‘Appeared before judge many times’

Karan and Tejasswi found love on Bigg Boss 15 and are currently in a relationship. Shamita grew close to Raqesh on Bigg Boss OTT and they both have expressed interest in taking their relationship forward outside Bigg Boss.

Earlier this month, Tejasswi got upset as Rakhi Sawant and Salman teased Shamita with Karan. “Can anybody ask Karan what the hell he wants?” she snapped.

What is the LSAT? | ZDNet