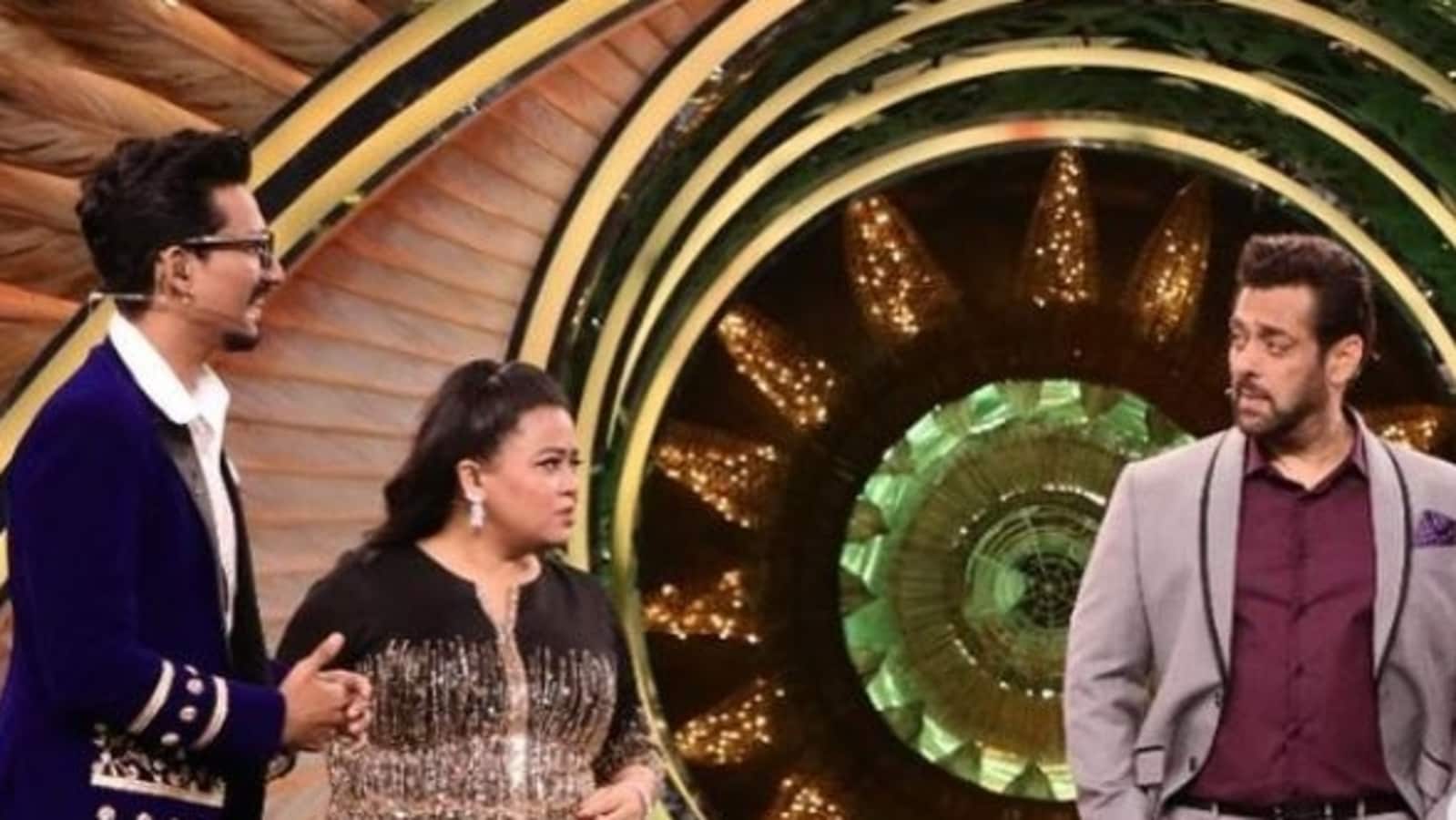 Salman Khan has promised Bharti Singh that he will launch her child in the film industry. Bharti and her husband Harsh Limbachiyaa appeared on Bigg Boss 15 on Sunday’s Weekend Ka Vaar with Salman Khan.

Harsh and Bharti told Salman that they are expecting their child, before the finale of the talent-hunt show Hunarbaaz. Salman congratulated them and then Bharti said, “Yes sir, we need all the blessings and best wishes. Also, we will need your farmhouse sir, for my baby shower. Will you please give me the space?”

Salman laughed as he agreed. Bharti told Harsh, “See! I had told you. He will eat the sweets and agreed to it all. He agrees for small things.” Harsh said, “We need to launch our child, Karan Johar has refused to do so.”

Bharti then turned to Salman and asked, “Sir, Karan Johar refused on our face. We asked him if he would launch our child but he straight away said ‘no’. That is why we are approaching you now. Will you launch our child?” Salman laughed and said, “Of course, I will launch your child.”

Bharti then faced the camera and said, “So, it is final. Salman Khan will launch Bharti and Harsh’s child.”

Mithun Chakraborty also came on the show along with Bharti and Harsh to promote Hunarbaaz. Mithun is a judge on the new show with Kara. Sunday’s episode had a few other celebrity guests as well.

Pragya Agarwal and Iulia Vantur visited the sets while Guru Randhawa connected via a video call as they promoted their new song Mai Chala. Mika Singh also came on the show to promote his new song, Majnu.

Sunday’s episode of Bigg Boss 15 ended with a teaser to a surprise double eviction. The eviction will be shown on Monday’s episode.

Kiku Sharda jokes about Taapsee Pannu, Akshay Kumar coming on The Kapil Sharma Show frequently: ‘Why don’t you buy us?’

Ekta Kapoor anticipated ‘gaaliyan’ for making her naagin fight the pandemic: ‘Titanic came out of a real incident’