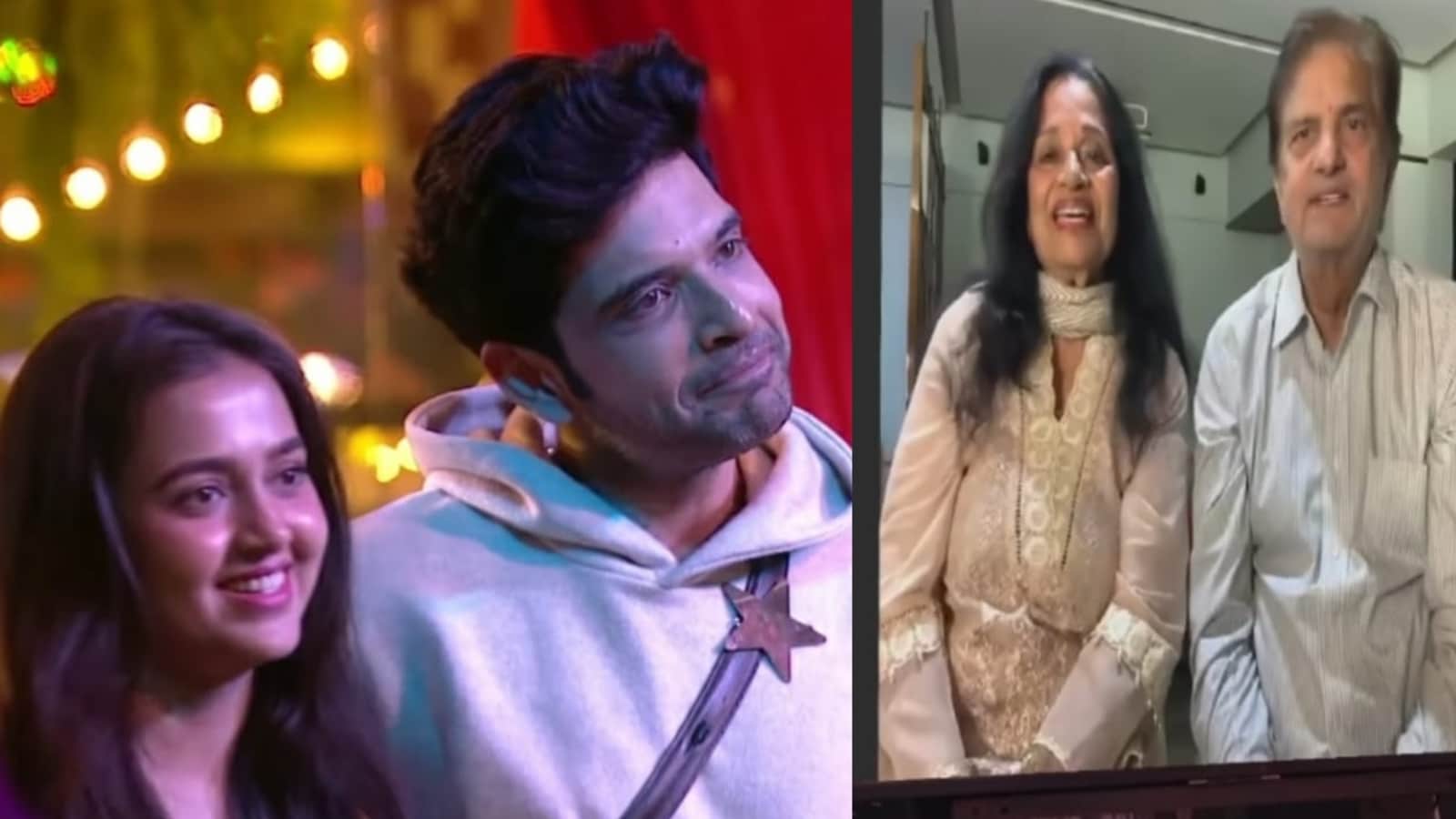 On the upcoming episode of Bigg Boss 15, the contestants will finally get to see and speak to their loved ones via a video call. And if footage from a new promo for the episode is anything to go by, it seems Karan Kundrra‘s family has finally come around to accepting his girlfriend Tejasswi Prakash.

In a new promo for the episode, relased by Colors TV on Instagram Karan Kundrra’s father can be seen telling Karan that his girlfriend is now family. In the video, after a number of fellow contestants speak with their family, Karan comes face to face with his parents. His mother says in Hindi, “I was not feeling good at all after coming home. I keep hearing your voice.” Karan’s father adds that his mother keeps mistaking that Karan has come home every now and then.

Karan then gestures towards Tejasswi, who is standing next to him and ‘introduces’ her to his parents. Karan’s father can be heard responding, “She is in the heart of the family now.” While Tejasswi smiles at this, Karan exclaims loudly and the other contestants can be heard clapping and cheering for the couple.

This is in stark contrast to how Karan’s family has been towards Tejasswi till now. Very recently, Karan’s brother-in-law Gaurav Malhotra had said on Twitter that Tejasswi is “not what most families seek”. In response to a fan’s comment, Gaurav had said, “TP (Tejasswi) herself claimed that sometimes she forgets that the cameras are there so kabhi kabhi uska asli roop bahar aa jata hai (sometimes her mask slips and her real self shows). That helped me to WAIT to see what her real self is AFTER the show ends because the TP I see in the show is not what most families seek. KK (Karan) may know reality.” This statement was criticised by Tejasswi’s brother Pratik Wayangankar, who said Tejasswi “has supported (Karan) no matter what”.

Earlier, Karan’s sister Meenu Kundra had also criticised Tejasswi saying she dislikes “the hurt she causes Karan”. After a social media user had requested Meenu and the family to accept Tejasswi for Karan’s good, she replied, “Hun-I don’t know her from Adam to like or dislike her, I just can’t stand the way she treats my brother-I dislike the hurt she causes Karan-he is all that matters to me!”

Also read: Tejasswi Prakash’s brother slams Karan Kundra’s brother-in-law for saying she is ‘not what most families seek’

Karan and Tejasswi have had a tumultuous relationship on the show with their fair share of fights and disagreements. They have received support from fans on social media with many dubbing them ‘TejRan’ and even appealing to their families to support and accept their relationship.