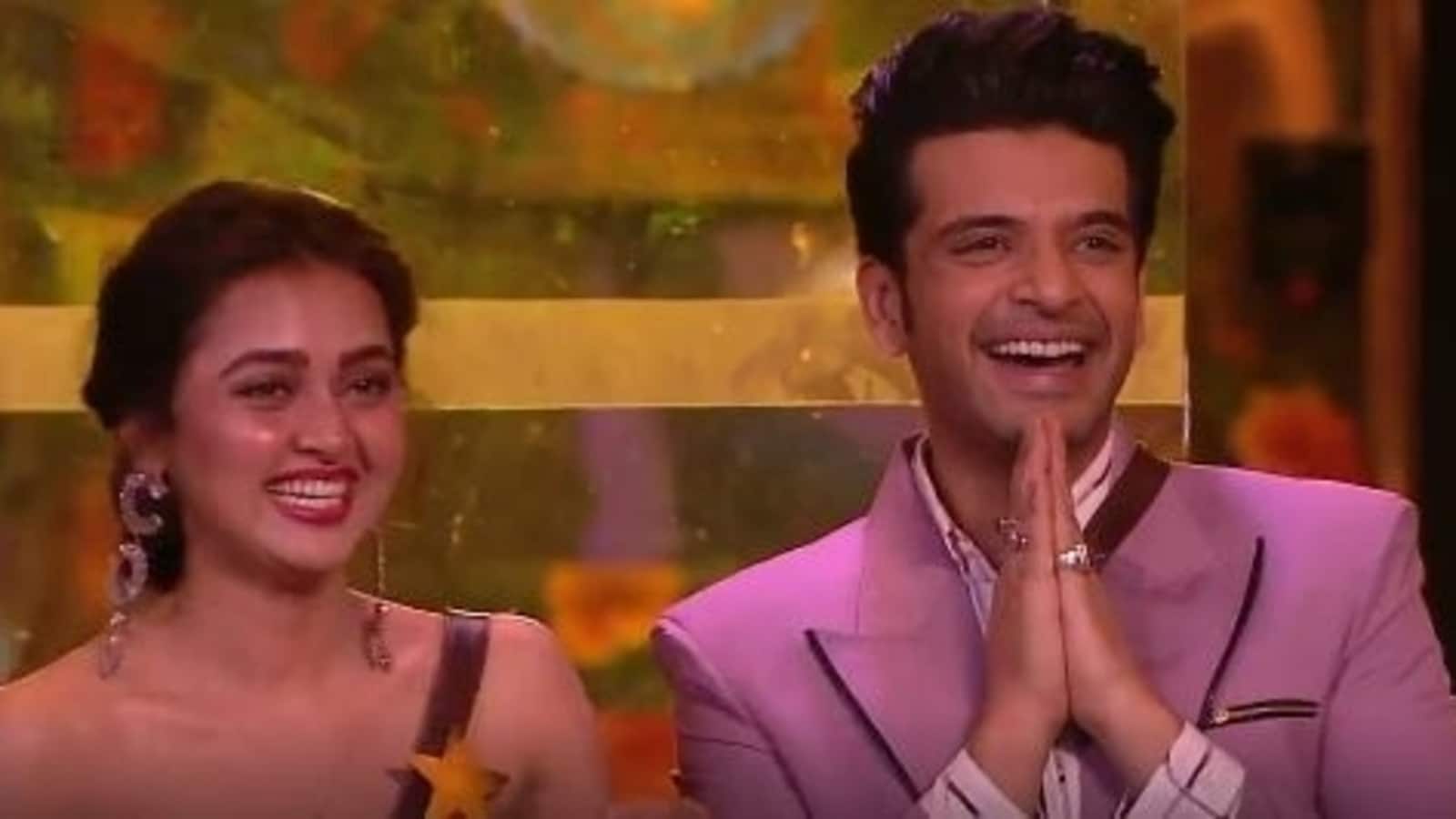 Actor and host of Bigg Boss 15 Salman Khan has turned matchmaker for the reality show contestants Tejasswi Prakash and Karan Kundrra. In a new promo shared by Colors on Instagram of the Weekend Ka Vaar episode, Salman told Karan that earlier this week when video calls were made he was keen on talking to Tejasswi’s parents but couldn’t. Karan replied in the affirmative.

When Salman Khan asked him the reason behind learning Marathi, Karan Kundrra said, “That is the way forward.” Tejasswi and Karan sat next to each other in the clip.

After this, Salman connected with Tejasswi Prakash’s parents via video call and spoke to them in Marathi. On being asked, if they like Karan, Tejasswi’s parents replied, “Yes, we like him.”

Karan then tried his Marathi language skills on Tejasswi’s parents and said, “Aapse baat karke bahut accha laga (It was really nice talking to you).” Tejasswi’s mother then told her, “Tejasswi you’re playing very well. Karan you too.”

Karan then addressed Tejasswi’s father as uncle and made a drinking gesture saying, “Baithenge (We’ll sit together).” He replied, “Thik hai aao khamba kholenge (Ok you come, we will open a bottle).” Salman teased and said in Marathi ‘bewda jamai (drunk son-in-law).’

Her father then continued, “You guys are playing well. You have an understanding between yourselves.” Salman then asked Tejasswi’s parents, “Toh sab theek hai, rishta pakka samjhe ki nahi (Is it a nod to their relationship)?” To this Tejasswi’s mother responded, “Haan haan (Yes yes).”

Karan and Tejasswi, currently in a relationship, met each other and found love on Bigg Boss 15. The audience also witnessed their fights on the reality show. Recently, Tejasswi got upset after Salman along with contestant Rakhi Sawant teased Shamita Shetty about Karan. Tejasswi snapped, “Can anybody ask Karan what the hell he wants?”

Uber Pool is finally back, but with a brand new name