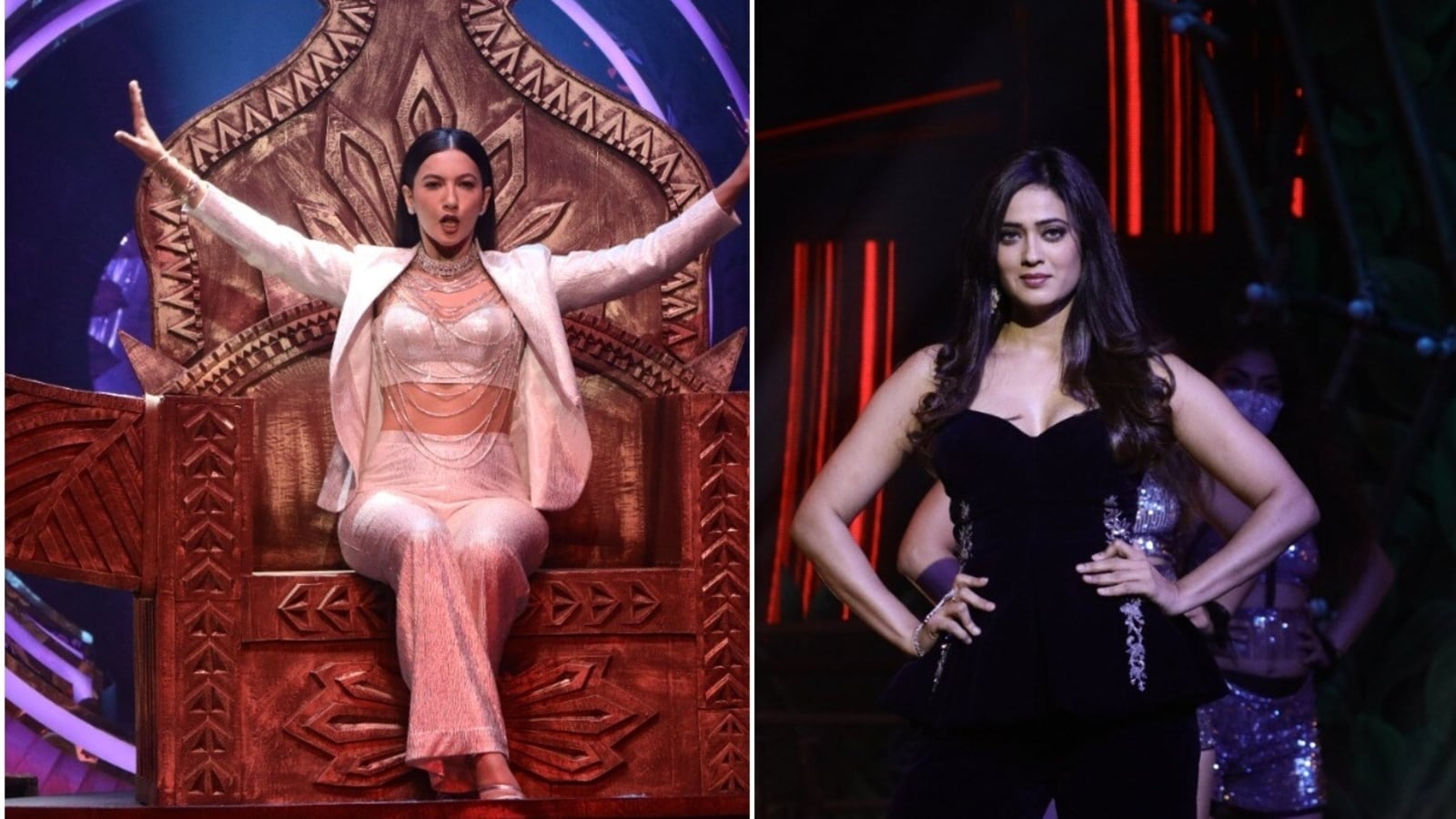 The second part of Bigg Boss 15 finale will be aired Sunday night and host Salman Khan will also be seen welcoming winners from previous seasons of the show.

Rubina and Gauahar will also be seen offering a bag with ₹10 lakh to the Bigg Boss 15 contestants, in exchange for the trophy.

The episode will also see special performances by wild card entries Rakhi Sawant-Ritesh, Rajiv Adatia, and Rashami Desai. Rashami was voted out of the show on the first part of Bigg Boss 15 finale episode aired on Saturday.

In a previous promotional video, Rakhi Sawant was seen challenging ‘souten’ Rubina Dilaik to a dance-off.

Former Bigg Boss 13 contestant Shehnaaz Gill will also be seen performing on stage. A promo for the Bigg Boss 15 finale showed Shehnaaz and Salman getting emotional on the show as they paid a special tribute to late actor Sidharth Shukla.

All former contestants of Bigg Boss 15 were seen in the promos of the grand finale. Devoleena Bhattacharjee, who was among the last ones to be voted out of Bigg Boss 15 ahead of the finale, will not be seen on the finale stage. She had injured herself during a task on the reality show and informed her fans earlier that she was to undergo surgery.

Exclusive || Chahatt Khanna on her name getting linked with Sukesh Chandrashekhar: I’m laughing about it

Twitter Tipped to Be Working on a Podcasts Tab