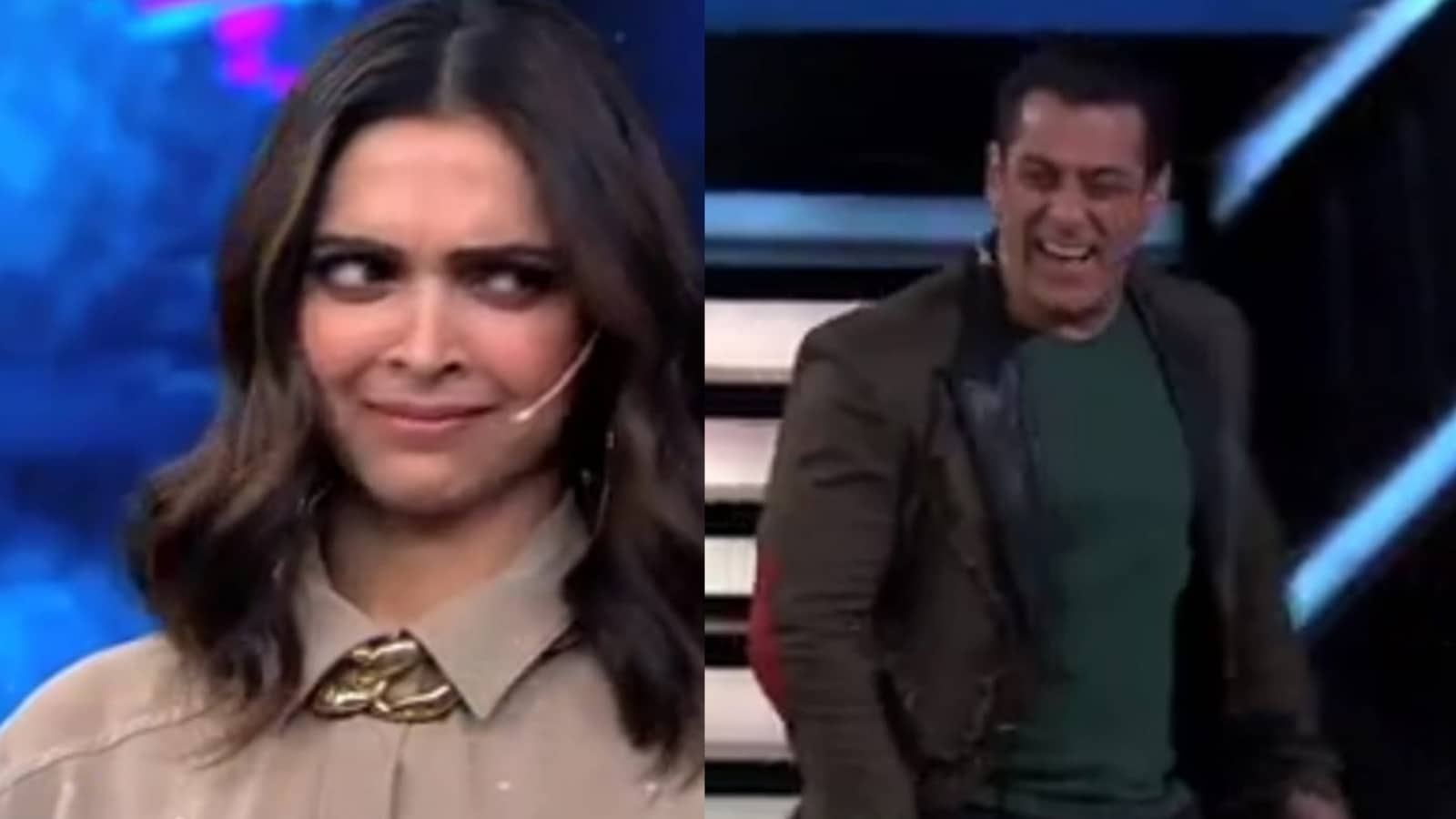 The finale of Bigg Boss 15 is almost upon us and a special guest will grace the show’s set for the occasion. Actor Deepika Padukone will be the guest for the episode, which will be telecast this weekend.

In a short promo for the finale shared by Colors TV on Instagram, host Salman Khan can be seen welcoming Deepika to the show. In the 10-second clip, Deepika is seen arriving on stage for the finale to a loud cheer from the audience. Salman then jokingly includes her husband Ranveer Singh’s name while introducing her as Deepika Ranveer Padukone Singh. As a bemused Deepika gives Salman the side-eye for his joke, Salman moves away and laughs.

Earlier in the day, a separate promo shared by the channel had announced that the finale for this season will air this weekend, 29 and 30 January, at 8pm. The grand finale is said to be a star-studded events with several other guests apart from Deepika. All the eliminated contestants from the season will also be making an appearance, as per reports.

Currently, the contestants who are present in the house and will compete for the top prize in the finale are Shamita Shetty, Tejasswi Prakash, Karan Kundrra, Rakhi Sawant, Nishant Bhat, Rashami Desai, and Pratik Sehajpal.

The 15th season of Bigg Boss was slated to end earlier this month but was extended by two weeks by the channel. Host Salman had announced this during the show. While the producers did not elaborate on the reason for the extension, many reports claimed it was done as it was difficult to start another show given the rising Covid cases in Mumbai. Hence, the channel decided to extend Bigg Boss where the contestants are locked in a house, away from any chance of infection and wait for conditions to improve before ending it so that a new show can take its slot.