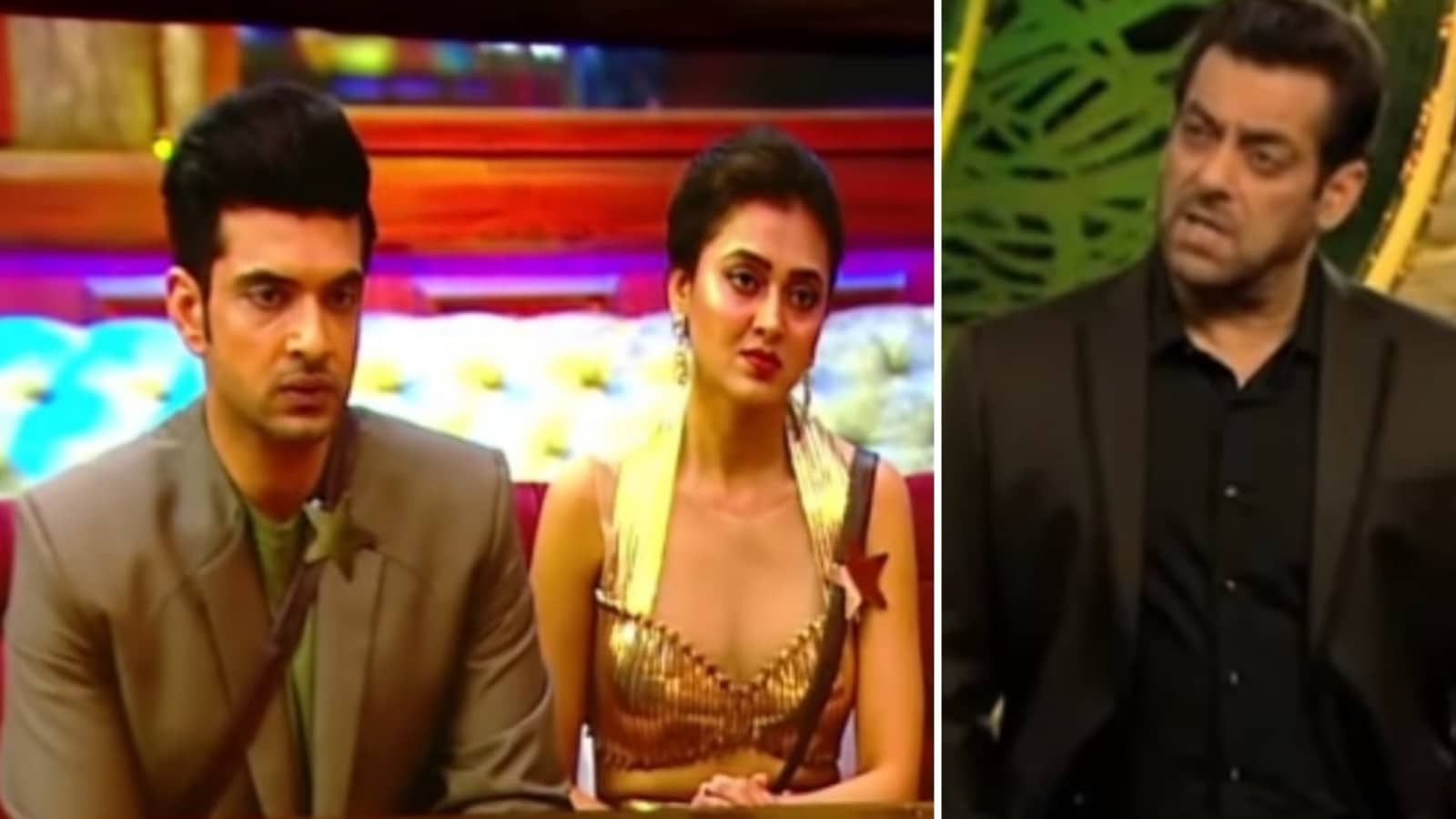 Karan Kundra and Tejasswi Prakash’s love story inside the Bigg Boss house this season has had its share of twists, turns, fights and reconciliations. A promo reveals, in Saturday’s episode of Bigg Boss 15 Weekend Ka Vaar, host Salman Khan scolding Karan for not taking a stand for Tejasswi and not doing enough to support her.

A promo for the upcoming Weekend Ka Vaar episode released on Instagram by Colors TV, shows Salman taking Karan to task and admonishing him for not supporting his girlfriend Tejasswi in the house.

In the video, Salman–while talking directly to Karan–angrily calls him outfor siding with Umar Riaz and not with Tejasswi. He says, “Karan, several times you have told Tejasswi to say sorry to Umar. What the f***, dude! Has Umar ever come and said we’ll play for Teja?”

Salman then speaks to Tejasswi and adds, “Despite being your boyfriend, he has never helped you.” Upon hearing this, Tejasswi breaks down and begins sobbing, turning her face away from the camera.

Salman further reprimands Karan, accusing him of not making Tejasswi his priority. He says to him, “Tejwasswi is not a priority for you. Take a f***ing stand. Be a f***ing man!”

Karan and Tejwasswi have had a tumultuous relationship all through this season. The couple fell in love during their stay in the house. But in the last few weeks, their relationship has taken an ugly turn. During a Ticket to Finale task, the two had an unpleasant fight where Tejwasswi accused Karan of never loving her. Fans have been divided in their support of the two. While there are many fans of the couple, others argue that they have a toxic relationship. Even Karan’s sister Meenu tweeted recently that she disapproved of their relationship. “I dislike the hurt she causes Karan,” she tweeted on Thursday.

TikTok is going bonkers over this brilliant iPhone camera trick

Cat acts as a big brother for human’s baby. Video is adorable to watch