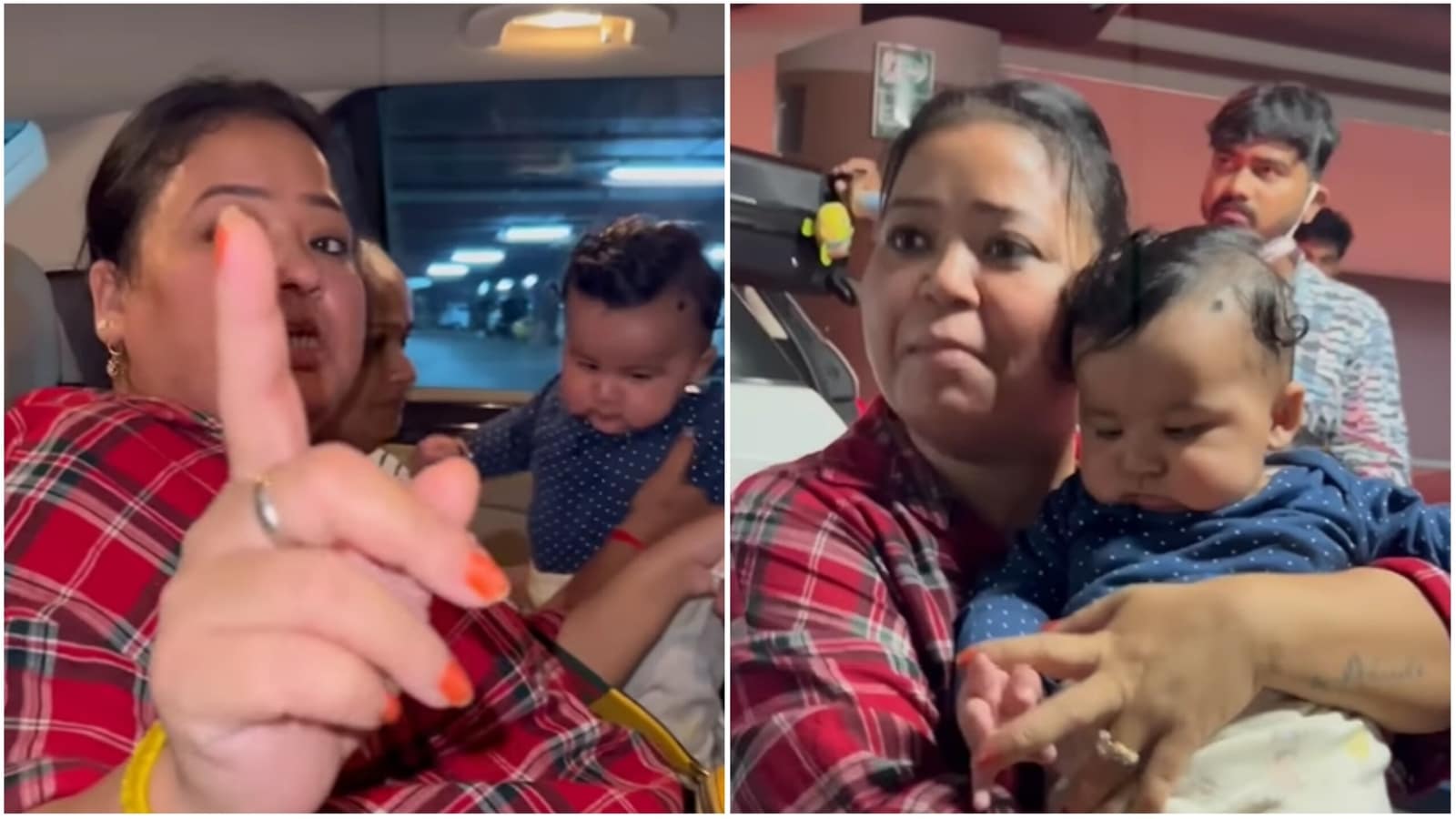 Bharti Singh had the cutest interaction with the paparazzi as she introduced them to her son Laksh. In a hilarious banter with a paparazzo, the comedian warned him that her son will take revenge on him for following them during her pregnancy to take her pictures. Bharti welcomed Laksh, her first child, with her husband Haarsh Limbachiyaa in April this year. Also Read| Bharti Singh shares cute video of son, Laksh in Krishna costume on Janmashtami

Bharti was sitting next to her infant son and his nanny in her car while Haarsh Limbachiyaa was in the front seat when they were approached by the paparazzi. In a video shared by a paparazzo account on Instagram on Friday, Bharti introduced her son to a paparazzo, saying, “Ye Chotu hai. Ye jab ham pregnant the Golu to ye scooter par peeche aata tha hame darane ke liye Golu (He’s Chotu. When we were pregnant, he used to follow us on a scooter to scare us).”

She then said to the paparazzo, “Ab mera beta tumse badla lega, wo bike leke tumhara peeche aayega (Now my son will take revenge on you, he will come after you on bike).” The paparazzo also greeted Haarsh and congratulated him on becoming a father, and the latter reacted by introducing the pap to his son as ‘mama’ (maternal uncle).

Bharti also thanked the paparazzi after coming out of the car with her son in her lap. She told her son about the photographers, “Ye saare tere mama hai bete (All of them are your maternal uncles),” and encouraged him to call them ‘mama.’ Fans showered love on the video and praised Bharti and Haarsh for their equation with the paparazzi. One said, “They are so sweet,” while several others called it ‘cute.’

Bharti and Haarsh welcomed Laksh on April 3. The couple had revealed his face and name with an adorable Harry Potter-themed photoshoot in July.