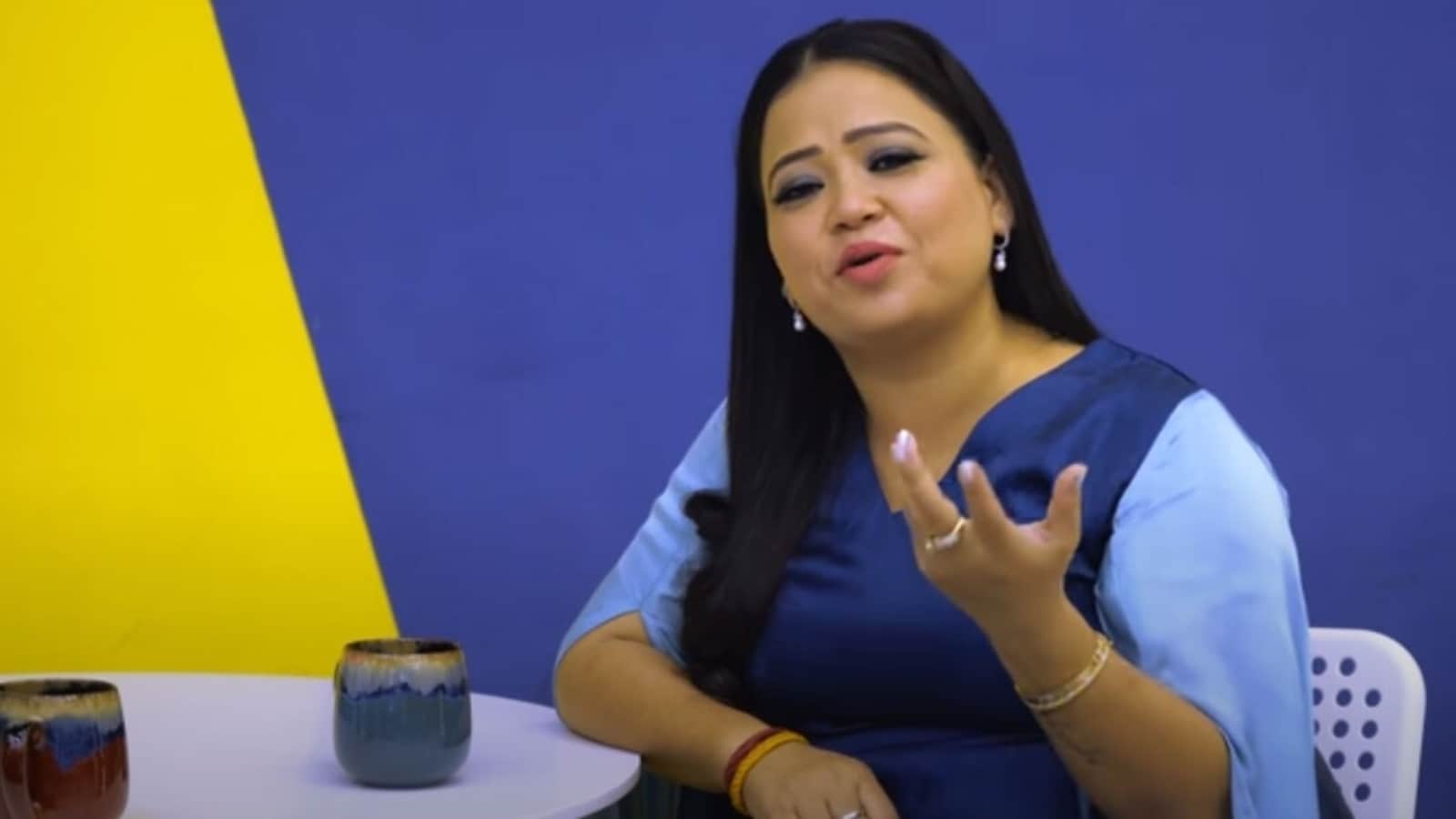 Comedian Bharti Singh never fails to entertain with her funny antics and was at her hilarious best when she was asked a few questions about her married life. Bharti, a Punjabi, is married to writer Haarsh Limbachiyaa, who hails from Gujarat.

Bharti recently appeared on twin sisters Chinki Minki’s show Twinterview for their YouTube channel. The hosts asked her if she ever had a tiff with her Gujarati in-laws, since they come from a dry state. The comedian replied, “Nahi nahi, ab wo state bhi drinking wali hogai hai. Ab to sasur ji bhi saath me cheers karte hain (No, no. Now that state is also open to drinking. Now even my father-in-law does cheers with us).”

She even added that her father-in-law calls her sometimes on sets to ask, “Beta, kholu kya main’. Main bolti hu, ‘arey ruko na 20 minutes me aari hu.’ Fir bhi wo khol chuke hote hain (‘Dear, should I begin with a drink. I tell him, ‘wait, I am coming in 20 minutes’. He anyway starts drinking by the time I reach home).”

Bharti was also asked to reveal the most expensive and the cheapest gift she received at her wedding. While she did not give a direct answer, she did ask, “Who comes to Goa to attend a wedding and gives six cups of ice-cream as a gift?”

She also joked about how she and Haarsh hardly fight because if they do, she simply removes his glasses and he ends up bumping into walls due to poor eyesight.

Bharti and Haarsh are currently expecting their first child together. The two often host television shows together and have now started hosting the new reality show, Hunarbaaz. In a promo of the show, Bharti called herself ‘India’s first pregnant host’ and even joked that the channel is making two people work but paying only for one.

Vaibhav Tatwawadi: Kashi changes something inside you, forever!