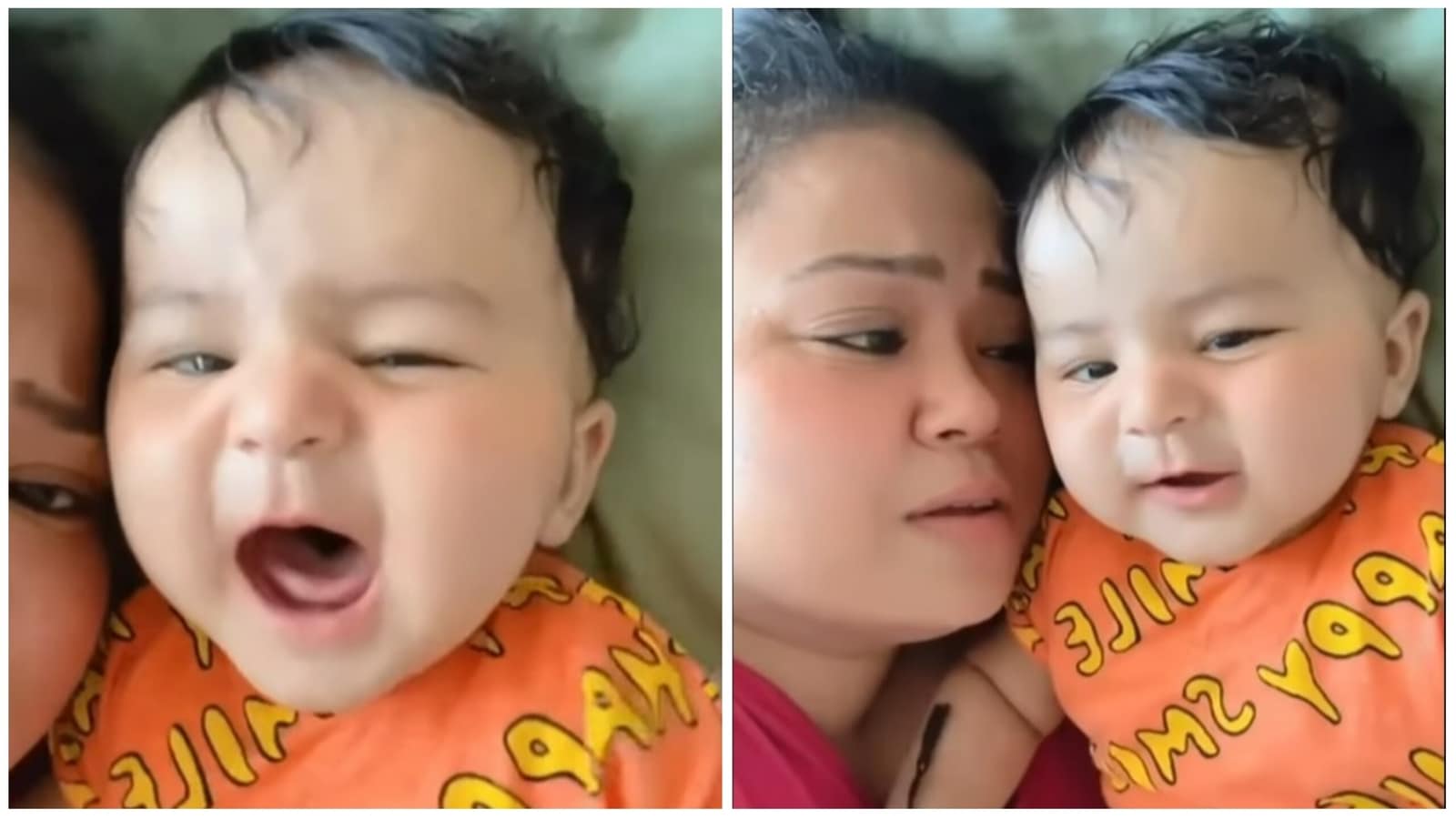 Comedian Bharti Singh shared a cute video with son Golla on Instagram Stories on Sunday. The video showed her having a chat with her three-month-old baby boy as he made some sounds. As she tried to figure what he actually wanted to convey, she asked him, “Kya bol re ho beta, na aap ro rahe ho, na has rahe ho, kya chahte ho (What are you saying, neither you are crying nor laughing, what do you want)?” Also read: Bharti Singh’s son Laksh had a Harry Potter theme shoot, see more pics of him in other looks

Bharti shared the video with several laughing emojis. The little one was seen in an orange onesie as he lied on a bed, beside Bharti.

Bharti and Harsh often talk about and share glimpse of Golla on their YouTube channel. But they revealed his face for the first time only last month. They shared a video from his baby photo shoot to show his face to their fans. The baby was decked up as Harry Potter, Lord Krishna and even a Sheikh for his photo shoot.

Bharti had returned to shoot the finale episode of reality show Hunarbaaz just days after the birth of Golla. She had taken a brief break to welcome the baby boy and was working throughout her pregnancy.

Son runs over to mom when he sees her walking down the aisle. Watch sweet video