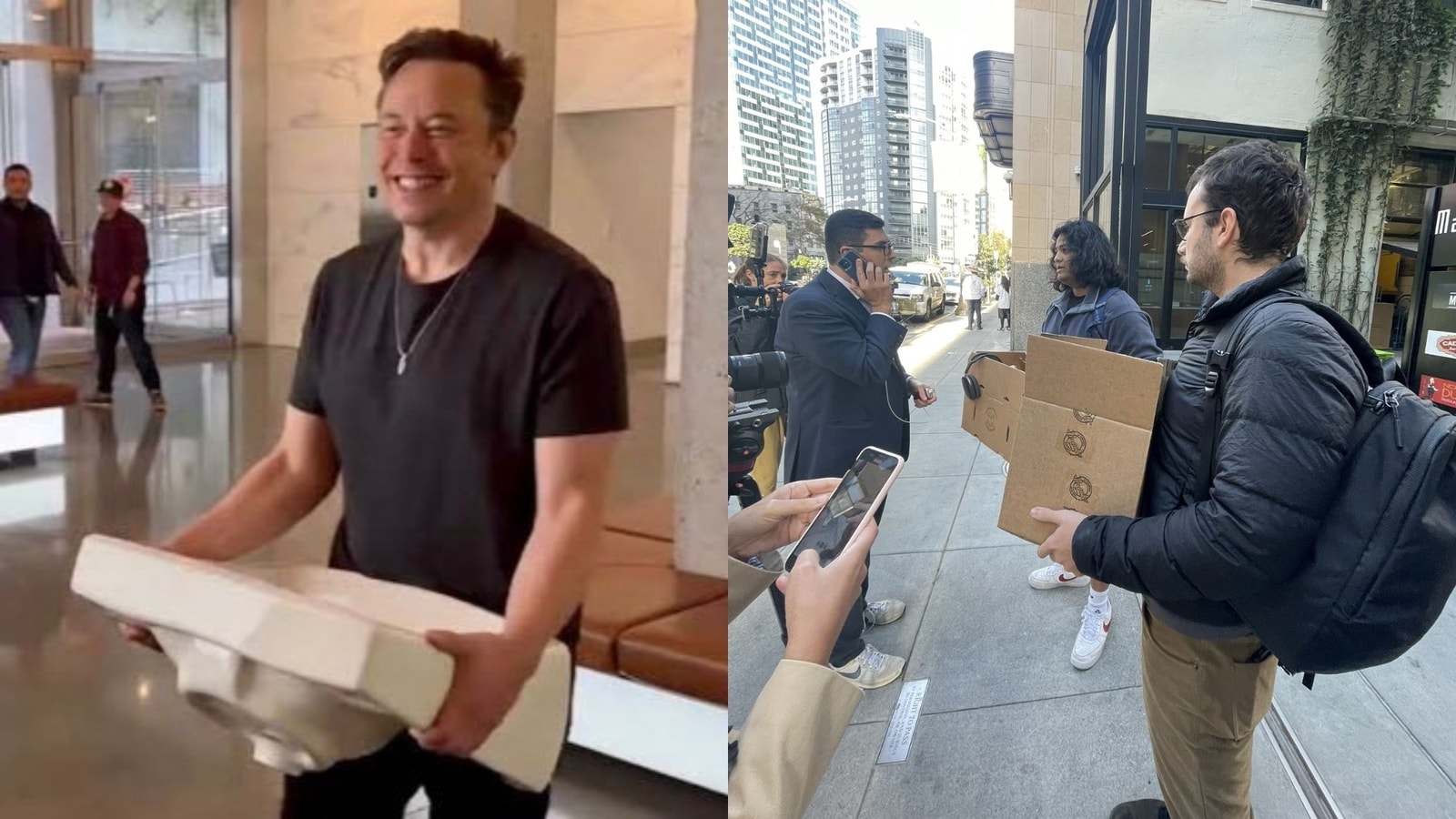 After Elon Musk updated his Twitter bio as ‘Chief Twit’ and walked into the company’s headquarters with a sink, much has been happening on the micro-blogging site. While many bombarded the platform with memes, others speculated the return of suspended Twitter accounts, including that of Donald Trump. Some even shared the news regarding the layoffs of Twitter employees. Amid this, a pair of pranksters posed as sacked Twitter employees and tricked multiple media outlets into believing that the entire ‘data engineers’ team was laid off on Musk’s first day as Twitter chief. The two of them identified themselves as Daniel Johnson and Rahul Ligma.

The photos and videos of pranksters standing outside the company’s San Francisco office with cardboard boxes soon went viral as people anxiously waited for the news on whether Musk had started firing employees. “It’s happening. Entire team of data engineers let go. These are two of them,” CNBC reporter Deirdre Bosa tweeted with a picture of the duo with the hashtag #TwitterTakeover. She replied to her tweet and wrote, “They are visibly shaken. Daniel tells us he owns a Tesla and doesn’t know how he’s going to make payments.”

The screenshots of Deirdre Bosa were posted on Twitter by a page called Whole Mars Catalog with the caption, “CNBS everybody!” Elon Musk responded to the tweet by lauding the pranksters and wrote, “One of the best trolls ever”, with two laughing emoticons. He even joked in a previous tweet that “Ligma Johnson had it coming“.

The tweet has garnered thousands of eyeballs and several comments from netizens.

“Wouldn’t it be great if Elon Musk came out and said he hired them?” posted an individual. “Best duo since Elon’s takeover of Twitter,” wrote another. “I loved the part where he held up Michelle Obama’s book. Hilarious!!! You should hire both of these guys, @elonmusk,” shared a third.

How to set up out of office replies in Gmail

Nasa shares pic of a ‘rainbow-coloured’ planet. Can you guess its name?