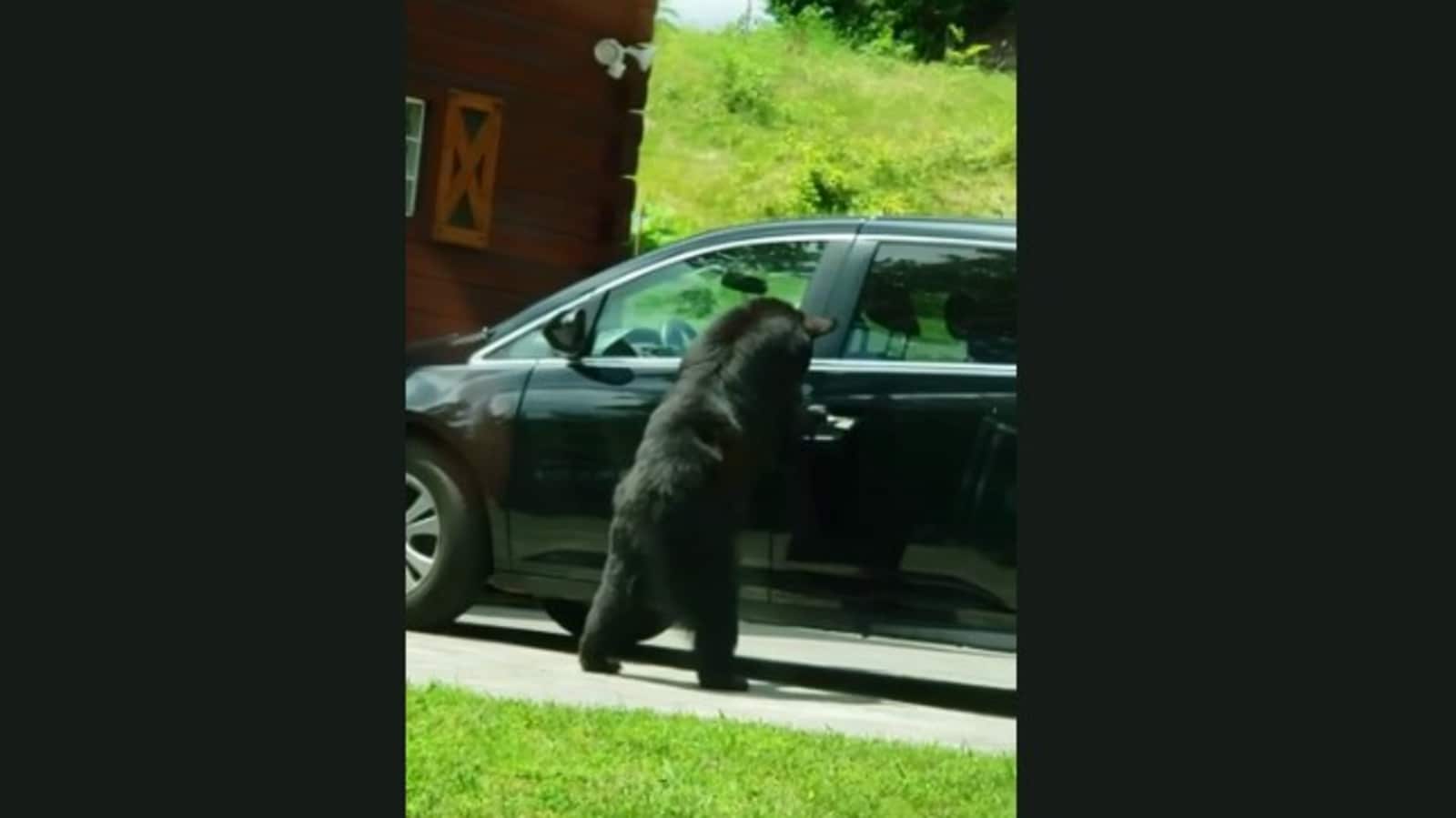 The video of the bear opening the doors of the car is interesting to watch.

Imagine your car is parked outside your house and suddenly you notice someone opening your car door to peek inside. What would you do? Normally, most will confront them. However, these residents did nothing and instead, decided to catch the intruder on camera. Wondering why? It’s because the intruder turned out to be a bear. Shared online, the video shows how the animal opened the car doors to climb inside.

The video opens to show the bear slowly approaching the parked car. Initially, it tries to use its mouth to open the doors but fails. Soon it stands up on its hind legs and uses its paws to open the doors of the car. The video then goes on to show the animal entering the vehicle, probably in search of food. The clip ends with the bear getting out of the car and walking away. In the video, voices of people inside the house, from where the video is captured, are also heard.

What are your thoughts on the video? How would you react in such a situation?

Shaan on hosting Mika Singh’s ‘swayamvar’, Mika Di Vohti: ‘I have saved many marriages, do counselling’