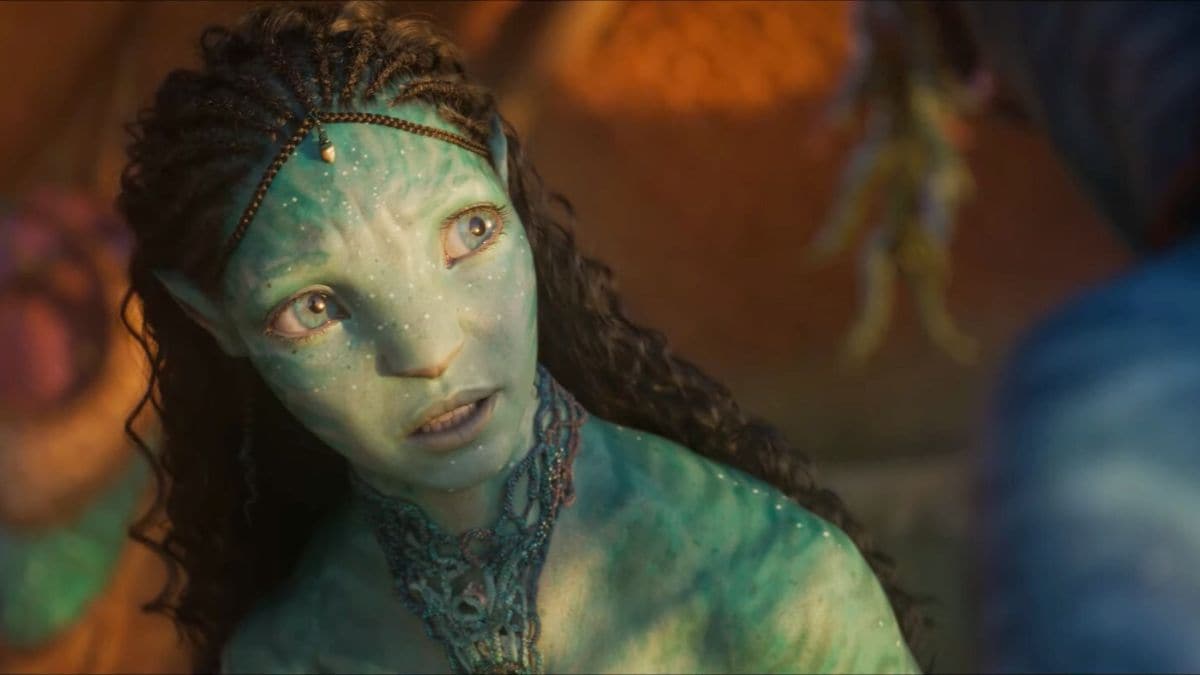 Avatar: The Way of Water reportedly clocks in at 3 hours and 10 minutes. As per The Hollywood Reporter, the James Cameron-directed sequel joins the list of Hollywood blockbuster theatrical releases that have a lengthy runtime. That said, this wouldn’t be the longest film by the director, as the record is held by his 1997 romance film Titanic, running for 3 hours and 15 minutes. Avatar: The Way of Water is set to release in theatres on December 16, in English, Hindi, Kannada, Malayalam, Tamil, and Telugu.

While there is yet to be an official word from Disney-owned 20th Century Studios, Avatar: The Way of Water’s lengthy runtime lines up with Cameron’s statements from earlier this year. “I don’t want anybody whining about length when they sit and binge-watch for eight hours,” he told Empire Magazine in an exclusive interview. “I can almost write this part of the review. ‘The agonisingly long three-hour movie…’ It’s like, give me a f–king break. I’ve watched my kids sit and do five one-hour episodes in a row. Here’s the big social paradigm shift that has to happen: it’s okay to get up and go pee.”

Interestingly, Hollywood blockbusters have been surpassing the two-and-a-half-hour mark increasingly these days. In the superhero space, Matt Reeves’ The Batman ran for 2 hours and 14 minutes, while Chloé Zhao’s Eternals clocked in at 2 hours and 37 minutes. Even the upcoming Black Panther: Wakanda Forever — dropping November 11 — was revealed to be running for 2 hours and 41 minutes, making it the longest-running non-Avengers film, and second in the Marvel Cinematic Universe. The first place is held by 2019’s Avengers: Endgame, boasting 3 hours and 2 minutes, and is placed right below Cameron’s Avatar (2009), in terms of box office figures. Avatar grossed $2.923 billion (about Rs. 24,207 crore) worldwide, whereas Avenger: Endgame has collected $2.797 billion (about Rs. 23,163 crore).

The original Avatar film is 29 minutes shorter than the sequel, clocking in at 2 hours and 41 minutes. It was re-released last month in “all formats,” as a way to prime audiences for the hotly-anticipated sequel. Avatar: The Way of Water brings back original cast members Sam Worthington as Jake Sully and Zoe Saldaña as Pandora native Neytiri in the lead, and is set “more than a decade” after the first film. It also stars Stephen Lang, Matt Gerald, and Dileep Rao are also set to reprise their parts from Avatar — albeit the first two’s characters died in the 2009 film.

New additions to Avatar: The Way of Water include Kate Winslet, Cliff Curtis, Edie Falco, Brendan Cowell, Michelle Yeoh, Jemaine Clement, Oona Chaplin, Vin Diesel, and CJ Jones. Plot details are scarce, but the official synopsis hints at the tale of Sully’s family — Jake, Neytiri, and their kids — as they deal with new troubles, “the lengths they go to keep each other safe, the battles they fight to stay alive, and the tragedies they endure.”

Avatar: The Way of Water releases December 16 in theatres worldwide. In India, the film gets additional dubs in Hindi, Kannada, Malayalam, Tamil, and Telugu.

KBC 14: The ₹7.5 crore question that made Kavita Chawla quit the quiz show. Can you answer it correctly?