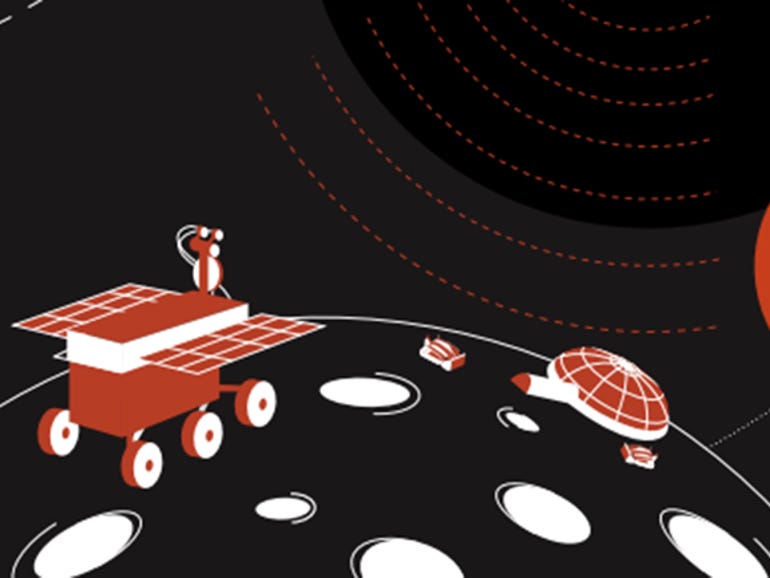 The Australian Space Agency (ASA) has highlighted that over the next decade Australia has an opportunity to prioritise six areas when it comes to robotics and automation on earth and in space.

In publishing its Robotics and Automation on Earth and in Space Roadmap [PDF] on Monday, the ASA detailed that these six areas are remote operations, interoperability, analogue facilities and services, robotic platforms, in-situ resource utilisation services (ISRU), and terrestrial foundation services, such as materials handling and transport.

Specifically, the roadmap describes how Australia could leverage its existing expertise in robotics technology and systems, provide solutions in the global marketplace to support the sustainable build-up of space assets and infrastructure, and enable international collaboration with industry.

“Robots go places and do things that humans can’t, and advances in automation allow us to carry out complex tasks with more sophistication. These technologies are playing an ever-increasing role in supporting human operations on the moon,” ASA CTO Nick Larcombe said.

“Australia has expertise in large-scale remote asset management and Earth-based robotics in harsh environments. A great example of this is our resource sector. This means we are well-placed to become a leader in the automation of off-Earth activities, and to capture high-tech manufacturing opportunities in the process.”

Within each of the segment areas, the roadmap identified there are key target capabilities that could be achieved. These include establishing and operating the Australian Space Automation, artificial intelligence, and robotics control complex, demonstrating use of an end-to-end sovereign chain of control for lunar activities, and establishing an Australian facility for co-design and interoperability verification and validation.

The roadmap also noted one of the key objectives should be for Australia to offer terrestrial analogue test-bed facilities and services to undertake essential field testing and systems validation for planetary surface operations.

Utilising AI, edge computing, distributed computation, non-traditional computation, and sensing technologies, as well as developing practices for mission-critical hardware and software would also allow Australia to implement robotic platforms that can be used to deliver foundation services and ISRU via remote operations, according to the roadmap.

This latest 10-year plan is the third in a series of seven roadmaps to be delivered by the ASA that all aim to describe a pathway for Australia to uplift its capability, coordinate activities between industry, researchers, and government agencies, and encourage organisations to invest resources in segments that have been identified in the roadmaps. The four remaining roadmaps will be developed throughout 2022.

The release of the roadmap comes a day after the South Australian and federal governments announced a joint partnership for Canberra to make a AU$64 million national investment to upgrade satellite GPS capability.

Off the back of the upgrade, the South Australian government said it would deliver robots called the Tiny Surveyor, provided by Position Partners, for the state’s Port Wakefield project. These robots will be connected to the state’s reference station network and utilise positioning technology to complete line-marking tasks, with anticipation this would see tasks completed in days, instead of weeks.

“[The upgrade] has real-world benefits for major infrastructure upgrades, such as roads, sporting fields, airport runways and car parks, while also boosting productivity across industries such as agriculture and logistics,” Minister for Resources and Water Keith Pitt said.

“This technology will improve positioning accuracy from 5 to 10 metres, right down to 3 to 5 centimetres in areas with mobile phone and internet coverage.

“It will enable government and industry alike to easily connect and access positioning data and pave the way for innovation and new positioning-based products, services, and technologies for the benefit of industry and community.”

The 5 best under-desk walking treadmills of 2022