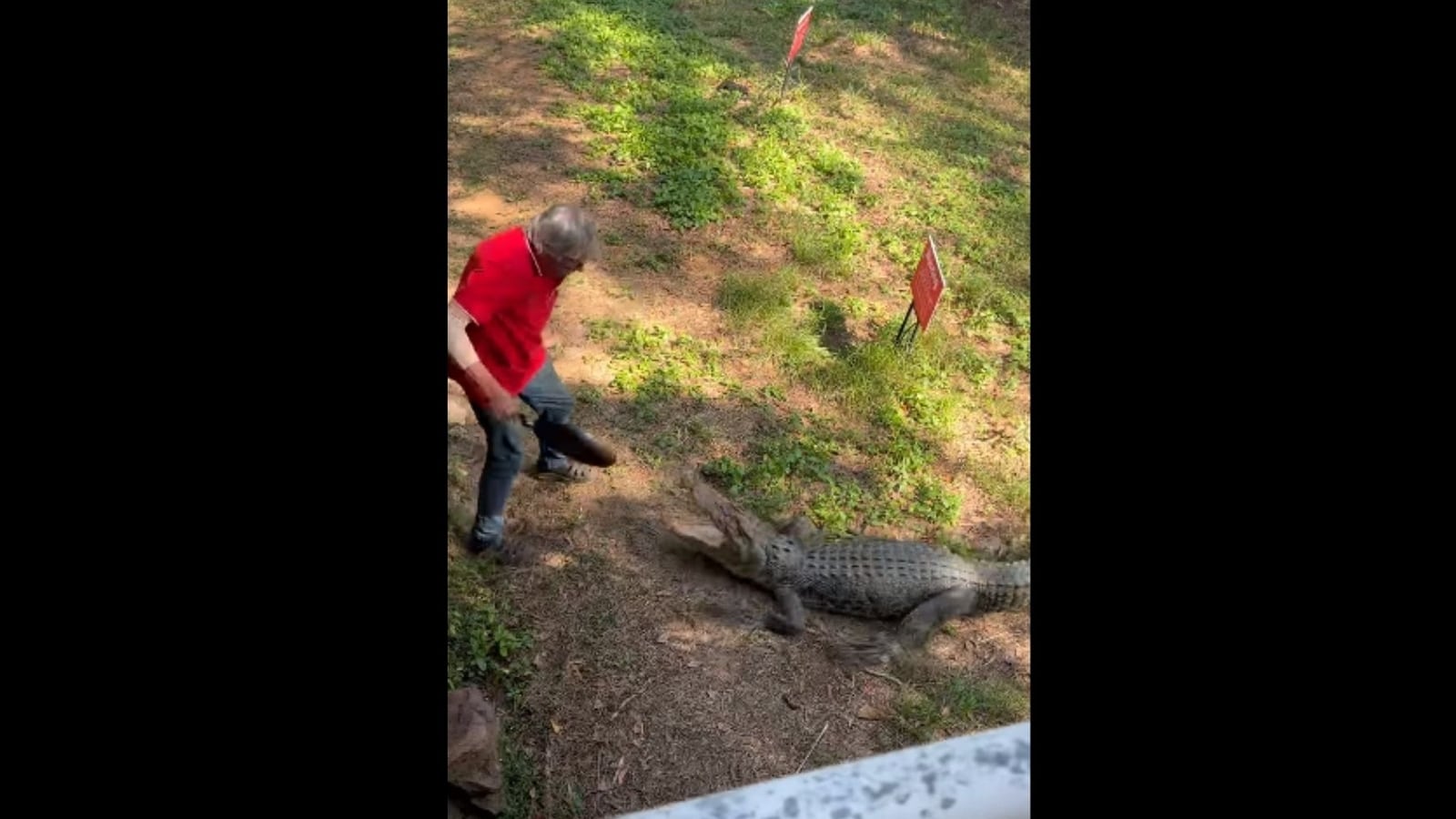 Crocodiles are scary animals that a lot of people fear the most. However, in a bizarre video that may leave you shaking your head in awe, a pub owner in Austria shooed away a crocodile with just a frying pan. The incredible footage of the man was captured on camera and has been going viral.

The video of the man was posted on the Facebook page of Airborne Solutions Helicopter Tours two days ago. It has amassed more than 2.4 million views on Facebook. The video shows a publican named Kai Hansen, wearing a red t-shirt, shooing away a crocodile that came towards him. He is just carrying a humble frying pan that he uses to scare the animal away. When he hits the crocodile’s snout with the frying pan, it scuttles away.

The video is from Australia’s Goat Island Lodge that is close to Darwin city, the capital of Northern Territory, on the crocodile-infested Adelaide River.

“Goat Island isn’t your average pub and King Kai’s not your average publican – you just never know what he’ll serve up next!” says the caption of the video. The video was shot by a man named Blake Leigh-Smith who is a pilot for Airborne Solutions.

“Well I know what I’m taking with me next time I’m out near the waters edge,” commented a Facebook user with laughing emojis. “Gotta learn to carry a frying pan in my weapons arsenal, it looks handy,” wrote another. “Most people don’t have the skillet required to face down a croc. It would pan out very differently,” posted a third.

What are your thoughts on this video of the man scaring away the crocodile?