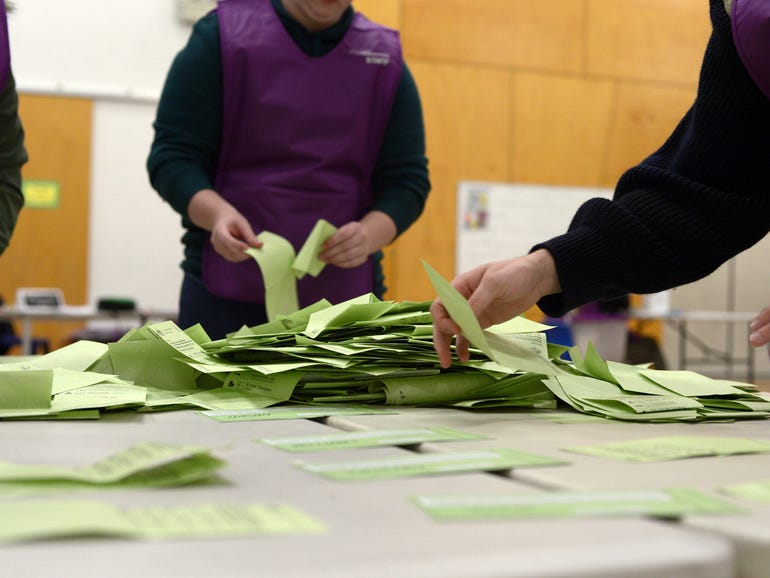 Blockchains may be immutable, but party status in Australia is most definitely mutable, with the Australian Electoral Commission looking into whether it needs to swing the axe on Flux.

Kicked off in 2016, The Flux Party set off with a claim to transform democracy in Australia, and would do so by having no policies.

In the place of what politics is all about, other than power, Flux intended to use a blockchain-based smartphone app so that its membership would be able to vote on how its potential parliamentarians would vote.

“Our only policy is parliamentary reform essentially,” founder Max Kaye told ZDNet in 2016. “We think that the system is no longer suitable for a society of our complexity and advanced state, so we essentially promote the Flux system as a superior alternative.

“We’re the first company that tries to provide democracy-as-a-service.”

The party was even ambitiously looking beyond the planetary limits.

“In our view, if you were to establish a colony on Mars, Flux would be the ideal system to deliver a democratic system of government to these early settlers,” Kaye said.

“Our mandate is to win power and then give it away.”

That was almost six years ago, and in 2022, the party is on life support.

If Australian political parties do not have 1,500 members, or have a member sitting in the Senate or House of Representatives, they can face the prospect of deregistration. If a party is not registered, its name, abbreviation, or logo will not appear on ballot papers, nor can the party have a group on a Senate ballot paper. Registered parties can also get electronic copies of the electoral roll.

Other parties facing deregistration include the No5G party, which has pivoted into adding anti-vaccine nonsense to its misinformation repertoire; the Australian Progressives; and Derryn Hinch’s Justice Party.

Recent parties to be deregistered include the Science Party, Love Australia or Leave, The New Liberals, and Country Labor.

White House, Elon Musk Said to Be in Talks to Set Up Starlink in Iran

Ruhi Chaturvedi: I’m really greedy when it comes to acting