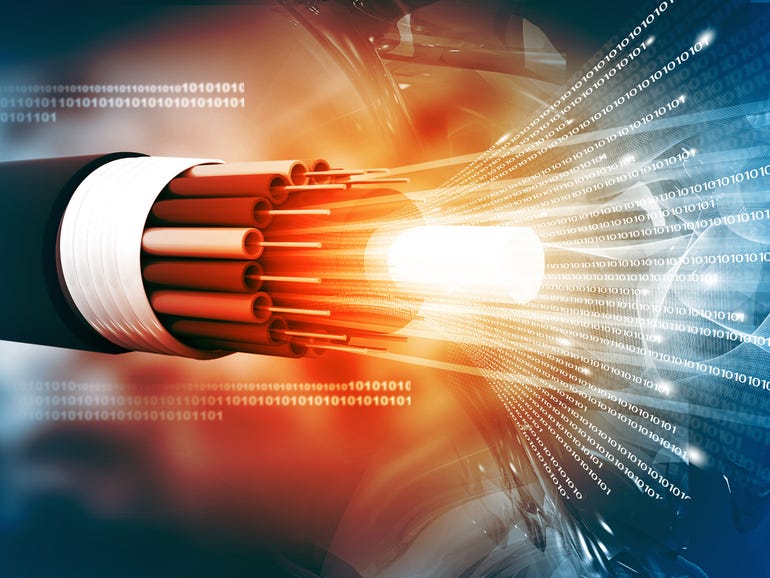 AT&T is calling its latest lineup of home broadband plans the “fastest on the internet” thanks to the inclusion of new 2Gbps and 5Gbps options for select portions of its AT&T Fiber service area.

The new “multi-gig” offerings are available to around 5.2 million customers located across the 70 metro areas serviced by the broadband provider’s AT&T Fiber plans. This includes major cities like Atlanta, Charleston, Dallas, Indianapolis, Los Angeles, Milwaukee, New Orleans, Orlando, San Francisco, and many others.

Pricing for the new plans begins at $110 per month ($225 per month for small business accounts) for the new AT&T Fiber 2 GIG option. As the name would suggest, this offers subscribers 2Gbps download and upload rates, with support for “dozens of connected devices working at their fastest possible speeds.”

Customers interested in maxing out their speeds on AT&T’s new offerings can instead opt for the AT&T Fiber 5 GIG plan, which bumps the symmetrical data rates up to 5Gbps for uploads and downloads. The fastest option will run subscribers $180 per month ($395 per month for small business accounts).

While competitors like Comcast and others have offered 2Gbps plans in select regions for some time, the 5Gbps option AT&T has added now places it among the fastest residential broadband available in the US — and within range of some of the top-tier small business offerings as well.

To attract customers to these new plans, as well as its sub-1Gbps options, AT&T also announced the launch of “straightforward pricing” for its entire AT&T Fiber portfolio. Under this new billing framework, the company plans to eliminate consumer pain points like equipment fees, annual contracts, data caps, and price increases after the first 12 months. This means that traditional extras like modem rental will now be included in the promoted base prices for AT&T’s fiber-based services. Taxes, however, will continue to be an added monthly cost.

As an additional bonus, all new customers signing up for either of the multi-gig options above will also receive access to the carrier’s AT&T ActiveArmor internet security service and HBO Max at no additional cost.

AT&T noted that it will continue expanding availability of its new, faster plans. The telco intends to continue bringing its multi-gig offerings to new locations throughout the remainder of 2022, with plans to reach 30 million customer locations before year’s end. This growth is likely to include the major cities that currently support AT&T fiber but missed out on this initial multi-gig rollout, including Chicago, Detroit, Oklahoma City, and St. Louis.

Looking further forward, AT&T has its sights set on offering even faster throughput, noting in its press release that it has achieved speeds as high as 10Gbps in a lab environment. 10Gbps residential speeds are a future goal of Comcast as well, which recently showed off a prototype modem capable reaching 10Gbps over its current network infrastructure.

It remains to be seen how long it will be before most homes need access to speeds in excess of 10x what even the luckiest of us can acquire right now. However, companies like AT&T want to be ready if use cases like virtual/augmented reality and 8K streaming and the continued influx of IoT (Internet of Things) devices begin to outstrip the sub-1Gbps options most customers currently use.

Additional information about AT&T’s new plans can be found at its AT&T Fiber homepage, or its newly-launched “Hypergig” site.

After a $255 million fund raising round, Acko- a start up in which sector became a unicorn?