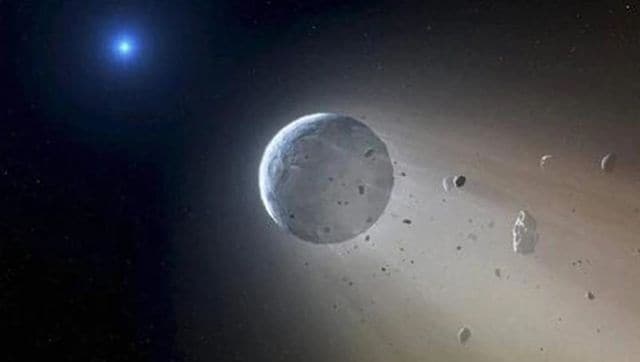 Brace yourself as a massive asteroid is set to pass near Earth today, 11 January.

Are we going to feel any effects? Will it hit Earth? Will we be safe? Read on as we try to answer these questions.

According to the space agency, the asteroid is 104 metres wide, larger than the Big Ben situated in London. NASA said it would pass by our planet at a 3,480,000-mile distance on 11 January.

Furthermore, the space agency has categorised it as a “potentially hazardous object” due to its size and relative proximity to the Earth while shooting past.

So, will it affect Earth?

Don’t worry, says NASA as it will miss Earth by a long distance.

While we can safely assume that 3,480,000-miles is far, far away from earth, it is actually quite small in terms of space travel.

According to reports, anything passing within 120 million miles of Earth is classified as a Near-Earth Object (NEO) by NASA.

If it was to crash into Earth, it would devastate our planet, but we don’t have to be concerned as it isn’t close enough.

Past instances of an asteroid hitting the earth

That isn’t to say that an asteroid hasn’t struck the earth in the past.

Eight years ago, an asteroid, called the Chelyabinsk meteor — about the size of a six-storey building — broke up over the city of Chelyabinsk, Russia, on 15 February, 2013.

According to Space.com, the blast was stronger than a nuclear explosion, triggering detections from monitoring stations as far away as Antarctica. The shock wave generated shattered glass and injured about 1,200 people.

Asteroid 2013 YD48 is not the only one to make a close approach to the Earth in the New Year.

A 7-metre-wide asteroid, which was named 2014 YE15, passed by on 6 January. It was 4.6 million miles from Earth.
It is not rare to see asteroids pass so close to Earth.

Earlier this week, an asteroid nearly three times the size of 2013 YD48 came within 1.9 million miles of Earth at 47,000 miles per hour, according to the space agency.

Case filed against Kaaranvir Bohra after woman accuses him of fraud, claims he and Teejay Sidhu threatened to shoot her