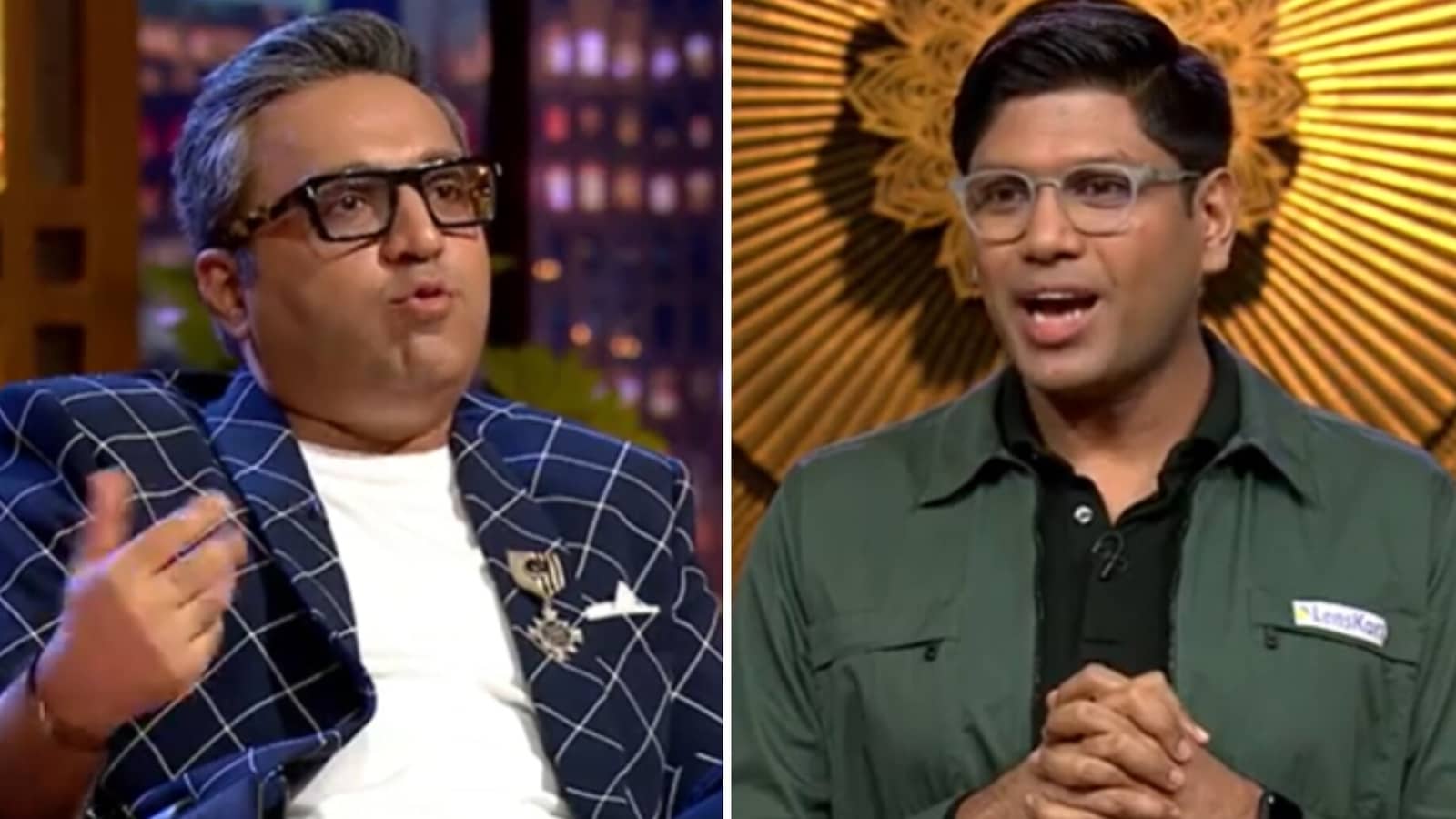 Lenskart founder and CEO Peyush Bansal will recreate his pitch to investors in 2010 in the finale episode of Shark Tank India. A promo shared by the official Instagram page of the show gave a glimpse of the same.

Peyush introduced himself and told them to imagine it is the year 2010. SUGAR Cosmetics co-founder and CEO Vineeta Singh pulled his leg and said that his logo is very ‘basic’. BharatPe co-founder and managing director Ashneer Grover, who is known for being brutal with his feedback to contestants, said in jest, “Aap humari aankhon mein dhool jhonk rahe ho kuch (You are deceiving us somehow).”

Shaadi.com founder and CEO Anupam Mittal immediately teased his fellow ‘shark’, “Arre, lekin tum ho kaun poochne wale? 2010 hai. Kaun hai Ashneer (But who are you to ask? It is 2010. Who is Ashneer)?” Ashneer cracked up and said that he did not know the answer either.

Peyush asked the ‘sharks’ for ₹1 crore in exchange for 1% equity in his company. Vineeta joked, “75% apne business ka doge (Will you give 75% equity)?”, leaving everyone in splits.

During a virtual press conference for Shark Tank India, Peyush recalled how he started Lenskart, now valued at $5 billion or ₹37,500 crore, from his garage. “Car bahar nikaali aur usko office mein convert kiya (I took my car out and converted my garage into an office). For almost four years of my entrepreneurship journey, there was no question of money, investment or equity. I didn’t even know about these things, to be honest,” he said. He added that back then, the only thing on his mind was to earn enough through sales to be able to pay everyone their salaries.

Shark Tank India is a show where entrepreneurs pitch their business ideas to a panel of tycoons, who offer their investment and guidance in exchange for equity.

Hina Khan says she always wanted to be a journalist: ‘I was a huge Barkha Dutt fan’