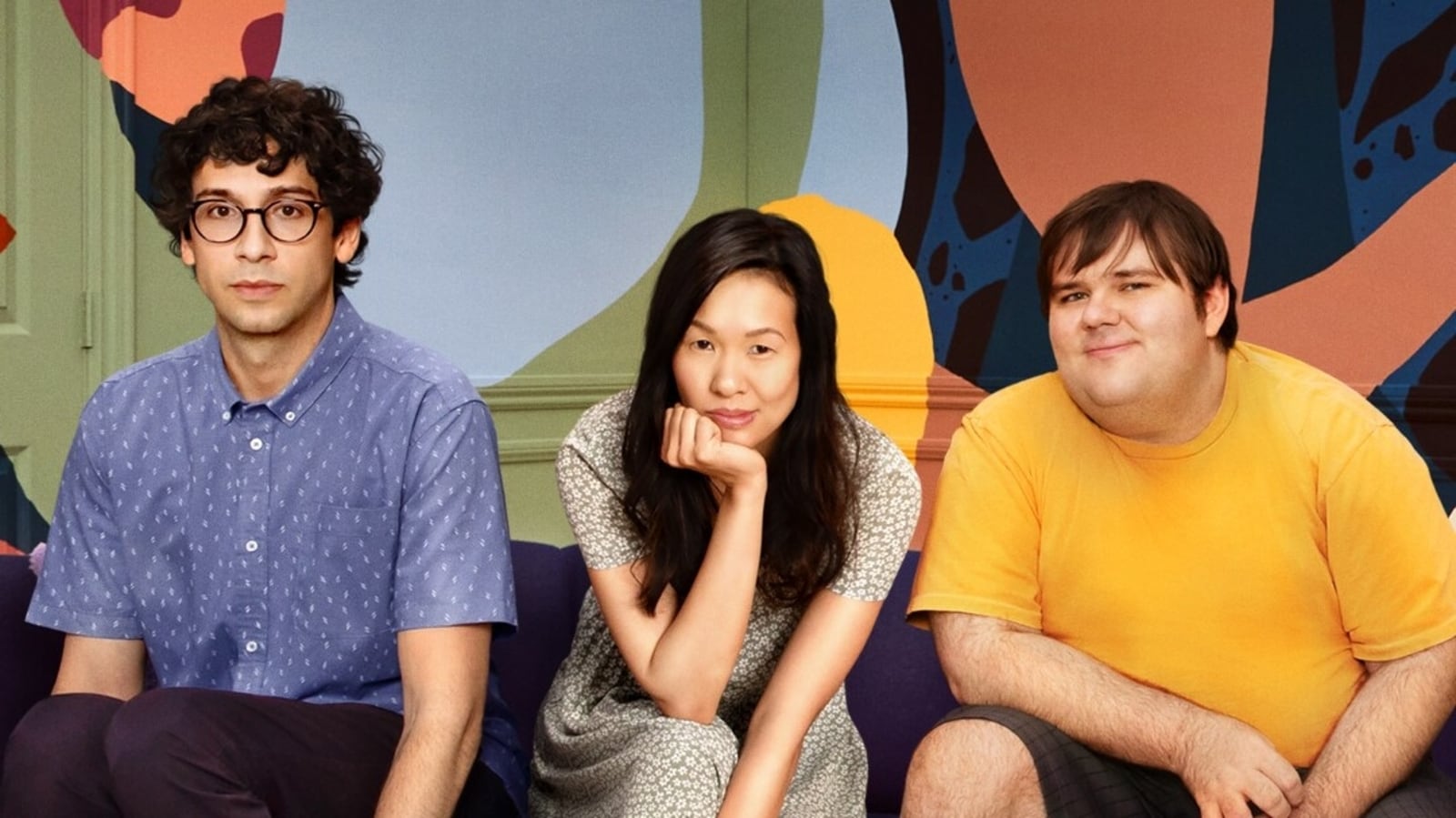 Some shows feel like they have a direct line to your heart. Amazon Prime Video’s As We See It, a deeply empathetic examination of humanity beyond hardship, follows three twenty-something flatmates, all of whom are on the autism spectrum and played by actors who are themselves on the spectrum. Instantly charming and brimming with wonderfully endearing, huggable characters, the show sees them navigate family, friendship, careers, matters of the heart and beyond, all while trying to fit into a world that would have them believe that what makes them different is a problem.

First up, there’s the gentle Harrison (an endlessly lovable Albert Rutecki). Arguably the least independent of the three, Harrison leads a mostly sedentary, largely homebound life. He doesn’t like going outside, fearing a sensory overload and commotion of the outside world. There’s the desperately-in-search-of-connection Violet (a heartbreaking Sue Ann Pien) who wants nothing more than to get a boyfriend, be self-sufficient and live a ‘normal life’ –as defined by the diktats of Instagram. Rounding off the trio is the no-filter and often hilariously direct Jack (a marvellously restrained Rick Glassman). As a result of Asperger’s syndrome, Jack says most things that come to his mind, regardless of how it makes those around him feel: We are introduced to him at a work meeting where he repeatedly informs his boss that he’s an idiot.

Watch As We See It trailer:

All any of them want is to be, in their own words, normal. Even in writing about them, a strange part of me hopes I’m able to describe them in a way that they would approve of. That’s what eight deeply rewarding episodes of As We See It achieves. It demands that Harrison, Violet and Jack matter to you. And they do.

To encourage and support them on their journey to independence and acceptance is their aide and carer Mandy. She is played by Sosie Bacon, the show’s beating heart, whose compassionate eyes demand you feel what she feels when she feels it. Mandy coaches and guides them through their daily struggles. All while navigating her own trials of deciding whether to pursue the medical school future she always envisioned for herself, or stay in what was supposed to be a temporary job and care for three people she’s become increasingly attached to. She can get in line.

Developed by TV veteran Jason Katims (Friday Night Lights, Parenthood, Roswell), the gentle, sensitive dramedy delicately balances light laughs without ever shying away from the burden of what Harrison, Violet and Jack, and their loved ones go through. Katims and his co-writers Romi Barta, Michelle Sam and Jesikah Suggs ensure that the series is feel-good without ever feeling simplistic or watered down, and heartbreaking without ever feeling hopeless. We’re never more than a moment away from a laugh or tear.

In essence, As We See It examines and questions the myth of what it means to be “normal”, by taking us into the lives of three people who are consistently made to feel that they’re not. In one scene, Jack intentionally scans the internet for the most emotional videos to try and get himself to tear up so that the girl he likes doesn’t think he’s dead inside. One of countless devastatingly sweet moments like it.

Through its characters, the show gently suggests that maybe it’s not about them needing to fit in with us, but instead how they can teach us how to be better. “I started this job thinking my job was to help them fit into the world…but the more I’ve been there the more I realise the last thing I’d ever wanna do is make them change. I think it’s more about figuring out how to better understand them.” says Mandy, in one scene explaining her job.

But aside from its agenda of trying to get us to better understand life on the spectrum, to me, As We See It is equally one of the most affecting and moving shows about love and connection I’ve seen in the longest time. One that brings love back to its simplest, purest and most basic idea–people need people.

In many ways the soul of the story is the challenging relationship between Violet and her brother Van (a disarmingly sensitive Chris Pang). After the death of their parents, the burden of caregiving fell on him. Forced to grow up overnight, the strain of constant concern and caring for Violet limits his ability to live his own life. Like her, he, too, craves the comforts of normalcy. The more Violet stumbles in her need for independence, the more protective and controlling Van gets, meaning the more she resists and lashes out, and so on. Van is so consumed by the one-sided idea that Violet needs to be taken care of that it takes him time to recognise the truth–they’re both navigating difficult situations, and all they have is each other.

Similarly there’s the equally delicate dynamic between Jack and his father Lou (Joe Mantegna). Lou has taken care of Jack his entire life, only to find that he has stage three cancer. It leads him to become a father so desperate to ensure that his son will be taken care of after his death that he doesn’t get the privilege and peace to process his own life-threatening illness. What Lou never accounted for, however, is the idea that maybe, for once, his son having to worry about him may not be another challenge, but something that brings him closer to the very father-son connection that he’s always yearned for.

Between navigating his father’s illness and the nurse he’s falling for, Jack’s journey of trying to become the person those around him need him to be, someone capable of empathy and care, is responsible for many of the show’s most touching moments. A Harrison smile may be a thing of pure beauty and a Violet smile may be instantly infectious, but a Jack smile is an event.

In one scene, when asked how he managed with Jack growing up, his father says, “When Jack was a kid…he used to throw these tantrums and I remember wishing I had any other kid in the world instead of him. And then I started to realise he was making me better. I became more considerate and compassionate…So does it get any easier ? No. It’s a burden..but it’s also a gift.”

While I may not be able to speak to the authenticity or accuracy of the show’s portrayal of what it’s like to be on the spectrum, what I can tell you is As We See It introduced me to a group of people I fell in love with instantly. To be around them and experience life as they see it, was a gift.