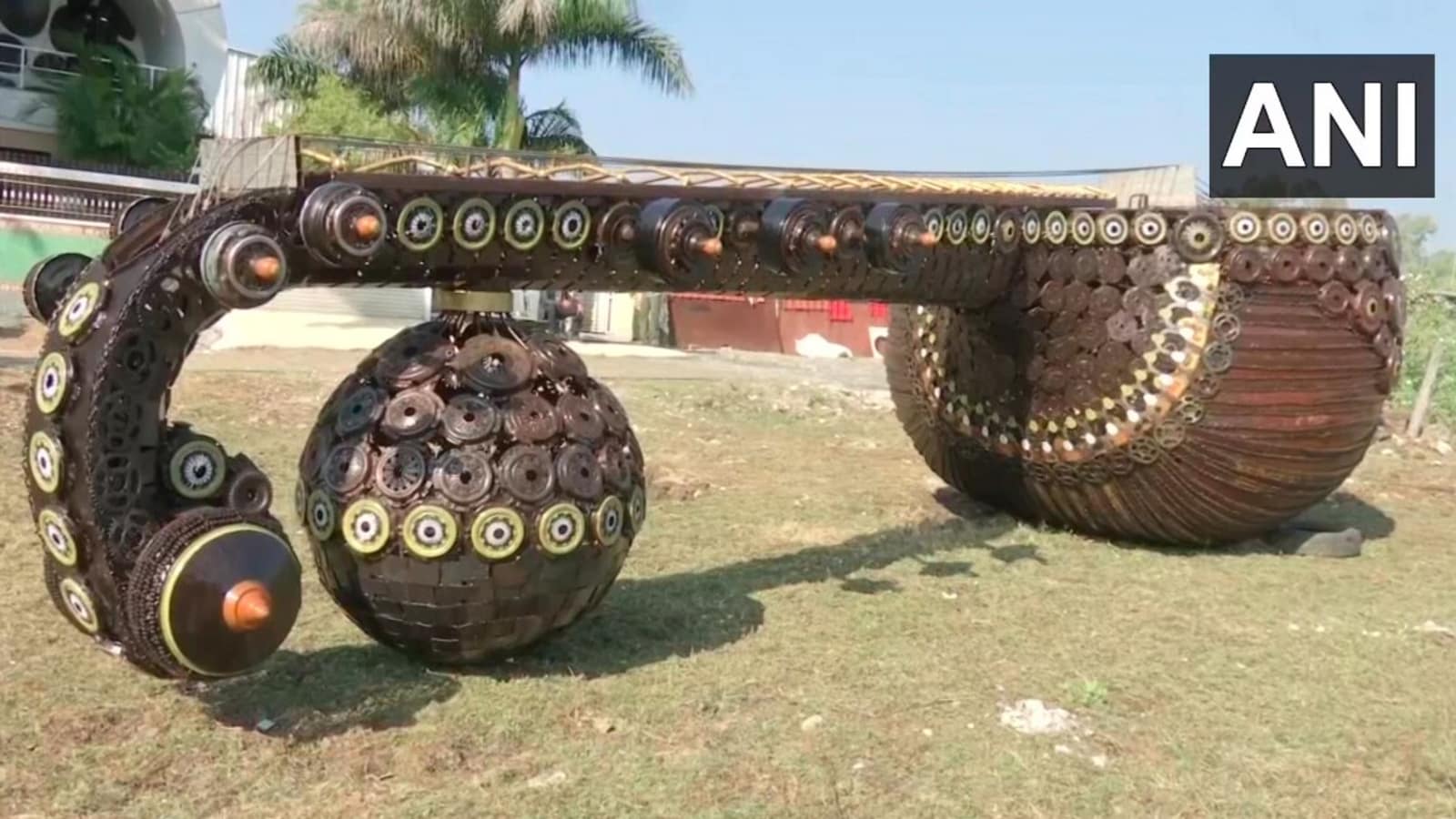 A group of artists in state capital Bhopal have prepared a rare ‘Rudra Veena’ weighing 5 tons from scraps and trash. The veena is 28-feet long, 10-feet wide and 12-feet high.

The group of 15 members took around six months to build it and spent around ₹10 lakh in its making. The team claims that it is the world’s biggest Rudra Veena ever made. It is made of vehicle scraps like chain, gear, ball-bearing, wire etc.

Madhya Pradesh | A group of 15 artists in Bhopal made the model of the Indian musical instrument ‘Veena’ from scrap and waste material. pic.twitter.com/CKKACgmgrr

One of the artists, Pawan Deshpandey told ANI, “The veena has been prepared on the theme of ‘Kabaad Se Kanchan’. A total of 15 artists were engaged in designing, collecting scraps and then making it for six months and finally the biggest veena made up from trash got ready.”

“We wanted to work on an Indian theme so that our new generation can know more about Indian culture. ‘Rudra Veena’ is unique in itself. It will be installed at a place in the city where people can take selfies with it. We will also install a musical system and lights in it so that it looks more beautiful,” Deshpandey added.

“As of now, we have identified a place which is located at Atal Path in the city where it can be kept,” the artist further added. The team that made the veena claimed, “We have researched that such a huge Veena from scrap and trash has not been ever made. It is the biggest veena not only in Bhopal but also in the world. Nearly ₹10 lakh have been spent in making of this Rudra Veena.”

God of War Ragnarök Is Here, and So Is an Important Day-One Patch