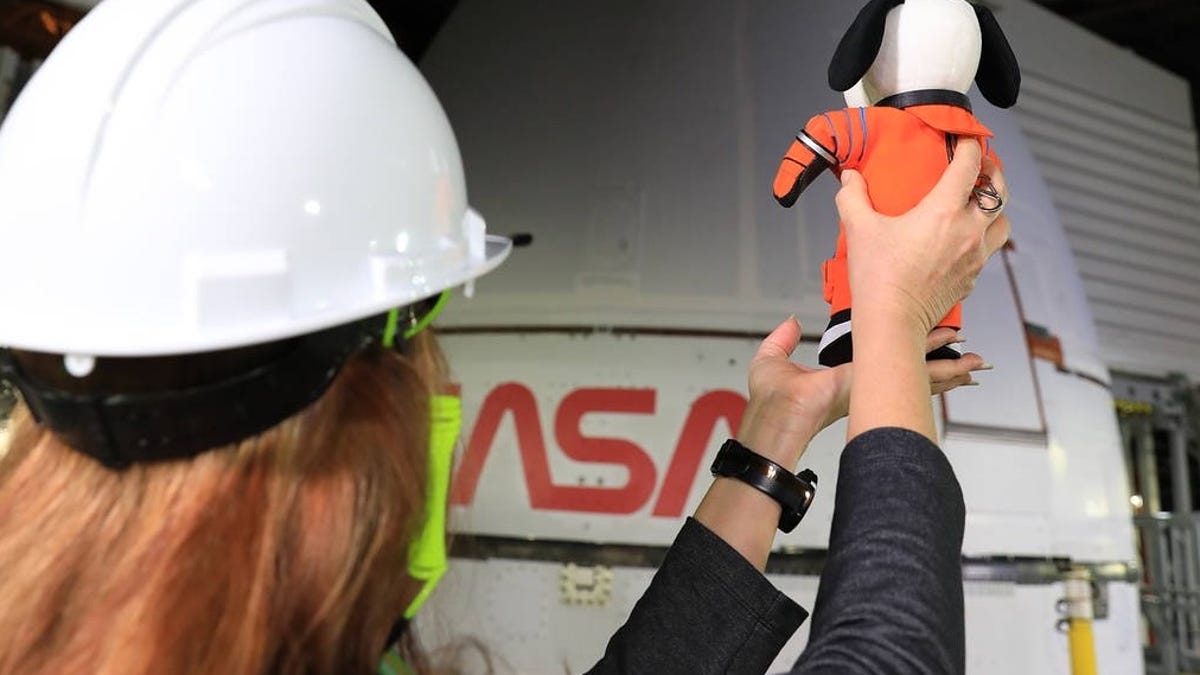 On Wednesday, NASA finally launched the Orion spacecraft on its trip 40,000 miles beyond the moon and back. Although you might have heard that the first phase of Artemis is does not carry any astronauts, the spacecraft is far from empty, and in fact it has a few famous passengers.

Also: What is Artemis? Everything you need to know about NASA’s new moon mission

Among the all-star celebrities is Snoopy, who you may recognize as the cute beagle from the comic strip Peanuts. The Snoopy plush has a very important mission onboard the Orion spacecraft: he will serve as a zero-gravity indicator and is even dressed for the occasion.

The toy puppy plush, dressed in a NASA spacesuit, will serve as a visual indicator of when the spacecraft hits the weightlessness of microgravity, according to NASA. Once the weightlessness is achieved, the plush Snoopy will float around the cabin like any other brave astronaut would.

If you are concerned about Snoopy getting lonely on the flight, do not worry. He has lots of company, including Shaun the Sheep and Commander Moonikin Campos.

In August, the European Space Agency (ESA) picked their first astronaut to travel to the moon, and it’s none other than Shaun the Sheep. According to ESA, Shaun has undergone extensive astronaut training to undergo this mission.

“This is an exciting time for Shaun and for us at ESA,” says David Parker, ESA’s director for human and robotic exploration. “We’re woolly very happy that he’s been selected for the mission and we understand that, although it might be a small step for a human, it’s a giant leap for lambkind”.

A less fluffy, more human-like passenger on this flight is Commander Moonikin Campos, the purposeful manikin launching on Artemis I. The name for the manikin was decided by a NASA bracket naming contest in which the public could vote for a name for the manikin that would honor a NASA trailblazer.

More than 300,000 votes determined that the manikin would honor Arturo Campos, a key figure in helping Apollo 13 come back home safely after facing some complications, according to NASA.

The male-bodied manikin was previously used in Orion’s vibration tests and will occupy the commander’s seat during the actual flight. Commander Moonikin Campos will be wearing an Orion Crew Survival System suit.

The suit, also known as Orion suit, is equipped with technology features that would help protect human astronauts throughout all the different and challenging conditions of the flight. When humans actually board the spacecraft in the next Artemis phases, they will be wearing the same suit as Campos.

The Artemis I official flight kit reveals some other interesting items on board the flight, including Lego mini-figures Kate and Kyle (a command pilot and a mission specialist respectively), Girl Scouts Space Science badges, Sycamore Tree seeds and even a sea pebble.

Apple’s VR: A flurry of patent applications, a focus on user ‘behavior’

Dog named Weller perfectly represents the ‘if I fits, I sits’ phrase. Watch how