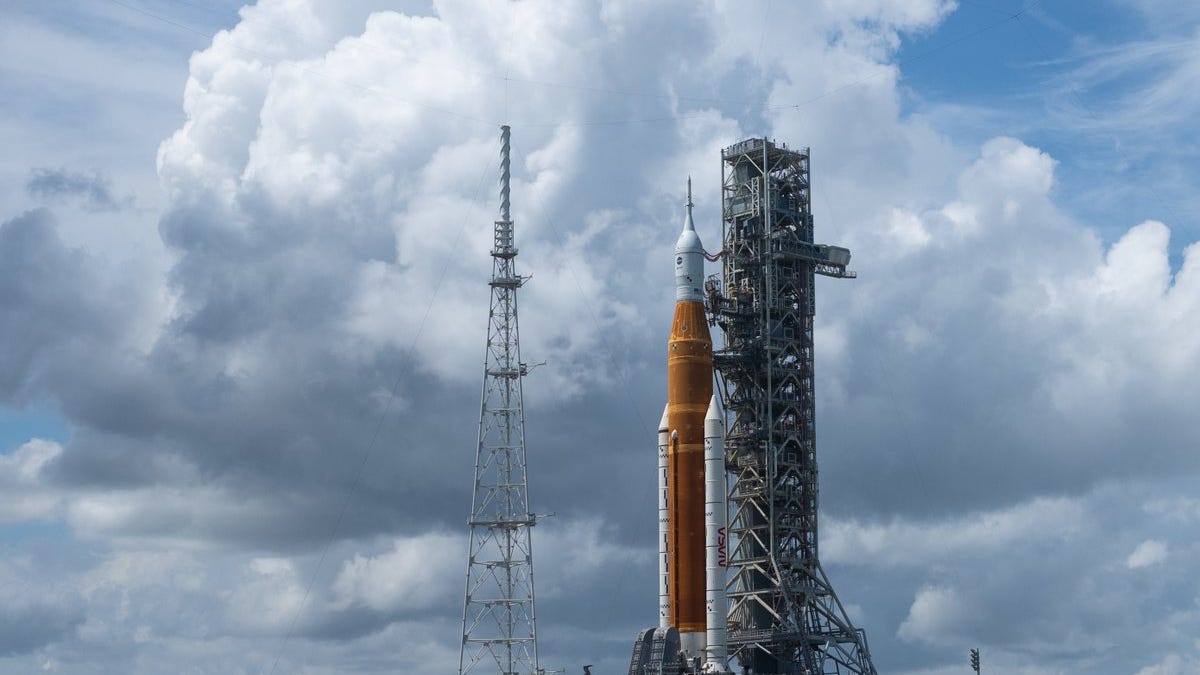 After scrubbing its first attempt to launch the Artemis I mission to the Moon, NASA is preparing to try again this Saturday.

There are plenty of variables at play — such as the weather conditions, and whether or not NASA can achieve the right thermal conditions for its rocket engines. Nevertheless, the agency is moving forward with its next launch attempt at 2:17 pm ET at the Kennedy Space Center in Florida.

NASA has a two-hour window on Saturday during which it can launch. If it has to scrub the launch once again, the turnaround time for its third attempt will be dependent on the reason for the scrub. If the launch were scrubbed for weather reasons, NASA could be ready to try again as soon as 48 hours later.

NASA and its international partners have been working for years toward this moment. The Artemis program is a years-long mission that will culminate with landing the first woman and person of color on the Moon.

It all starts with the Artemis I mission, which will send NASA’s new rocket and spacecraft, unmanned, on a journey to orbit the Moon. The purpose is of the Artemis I mission is to ensure the deep space exploration systems — the Space Launch System (SLS) and Orion spacecraft — are ready to send humans to the Moon and beyond.

After months of preparation, NASA made its first launch attempt on Aug. 29. There were a number of problems, including less-than-ideal weather conditions. The Artemis team ultimately decided to scrub the launch after encountering a problem with one of the SLS rocket’s engines. The engine was having trouble reaching the proper temperature range for liftoff.

On Tuesday, NASA’s SLS program manager John Honeycutt explained why it’s critical to cool down the rocket engines. He likened the rocket engine system, which uses hydrogen as fuel and oxygen as an oxidizer, to racecar engines.

“In drag racing terms, you don’t ever see those cars go out in a race track or drag strip without a good period of warmup,” he said. “We need to get the engines nicely conditioned, so they’re cold.”

NASA needs to drive the engine temperatures down to roughly 420 degrees Fahrenheit. Engines  1, 2 and 4 nearly reached that temperature on Monday, Honeycutt said — but Engine 3 wasn’t close.

However, Honeycutt said that the problem on Monday may have just been a faulty sensor — because the facts on the ground suggested the engines were appropriately cooled.

Recalibrating the sensors on board the rocket would be a complicated endeavor that could push back the launch further. So instead, the Artemis team is pouring through the data from Monday’s launch, preparing a plan in case they encounter the same scenario.

“We will be looking at all the other data we have to make an informed decision as to whether or not … all the engines are chilled down or not,” Honeycutt said.

Additionally, the Artemis team will start the cooling process about 30 to 45 minutes earlier, to mimic the better results NASA had during an earlier launch rehearsal.

Another major factor at play on Saturday is the weather. As of late Tuesday, there was a probability of poor weather conditions somewhere in the neighborhood of about 60%, according to NASA launch weather officer Mark Berger. The forecast shows showers and potentially a few thunderstorms moving in from the coast, he said. However, NASA is optimistic there will be some clear air to work with in the afternoon.

“We have two hours to work with, and showers have quite a bit of real estate between them,” he said.

Ultimately, NASA Administrator Bill Nelson said on Monday, “This is a brand-new rocket. It’s not going to fly until it’s ready.”