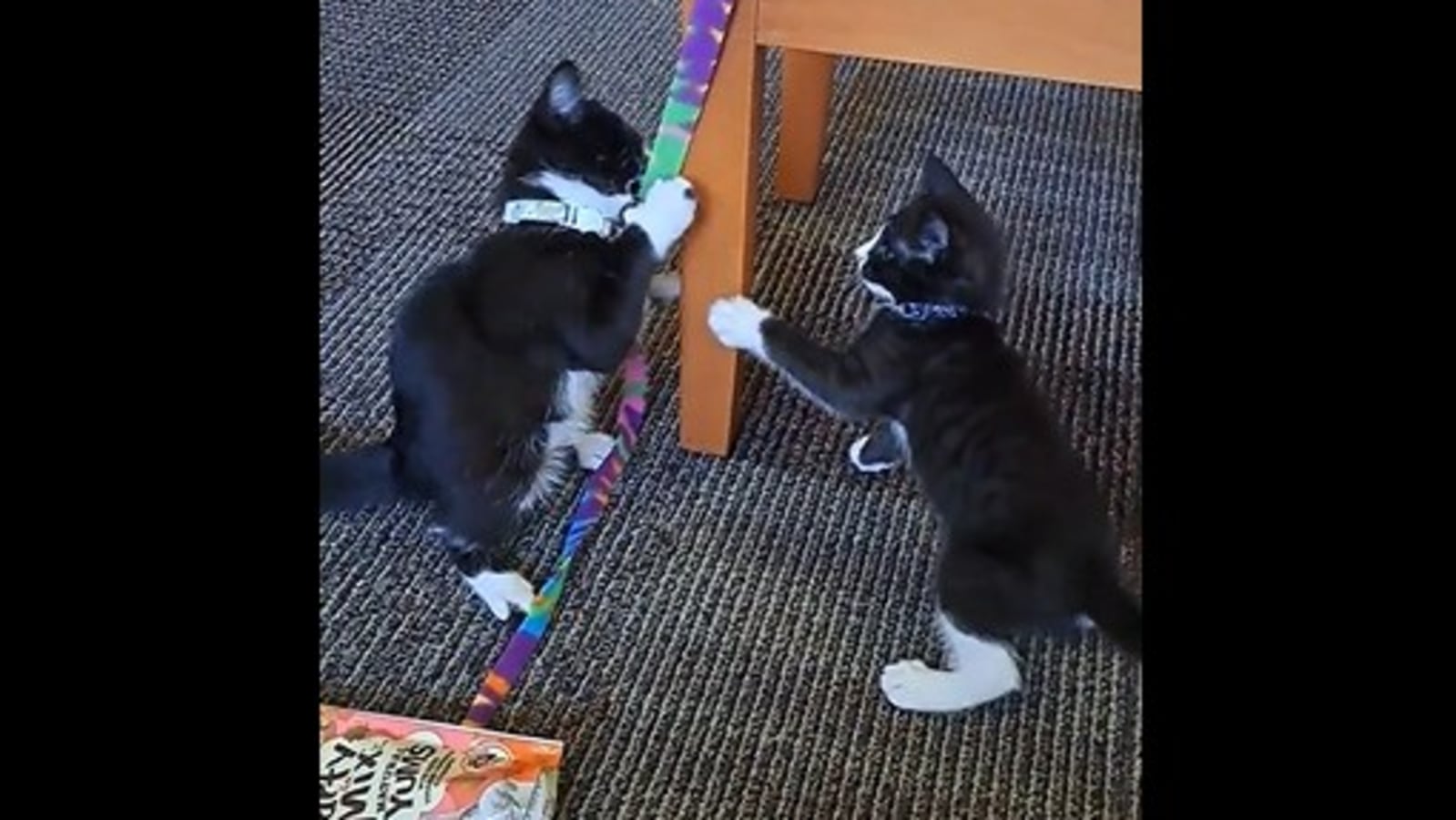 For first-time pet parents, it becomes quite challenging to understand what their fur babies are even doing in the first place. Different animal behaviours mean different things and this particular Reddit user definitely didn’t know if their kittens that they recently got, were fighting or playing with each other. Because the former would definitely not be ideal as the kitty siblings are now going to live with each other for life.

So this person recorded a video of their two kittens play-fighting with each other and posted it on Reddit. “Are they playing or fighting?” they asked. And of course the helpful people of Reddit came to their rescue and let them know that the kittens were in fact just enjoying and playing with each other in their own kitty-like ways.

The brief video shows the two little kittens using their paws in order to to play with each other. The duo can also be seen enjoying each other’s company, much to their human’s pleasant surprise. There is a good chance that this adorable kitten video will brighten up your day.

It was posted on Reddit a day ago and the cute kitten video has received over 6,500 upvotes on it so far.

“Tails are up, ears are up. They are playing. Also, they are not making noise. Real cat fights are loud,” explained a Redditor. “Cat fights sound like a screeching contest. Who can screech louder!? MEEEEEEEEEEEEEE!” hilariously narrated another. A third commented, “They’re babies. They’re playing.”