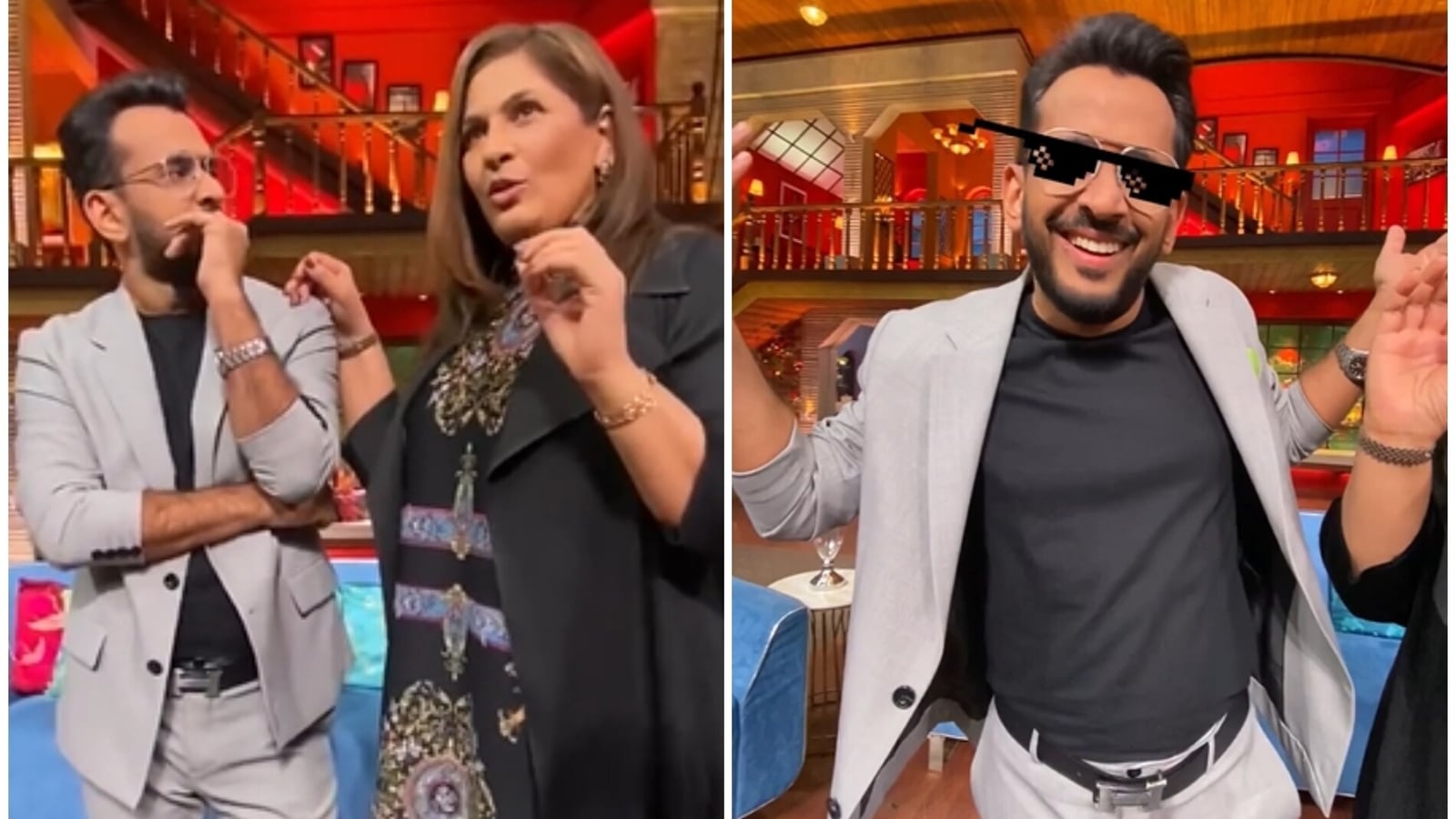 The official Instagram handle of The Kapil Sharma Show shared a funny behind-the-scenes video from the sets, featuring Archana Puran Singh and Aman Gupta, the co-founder and CMO of boAt, who is seen as one of the ‘sharks’ on Shark Tank India.

In the video, Archana brags to Aman about her bungalow in Madh Island but he does not seem too impressed. He hits back with one of his lines from Shark Tank India that became a meme: “Hum bhi bana lenge (I will build one too).”

Fans were left in splits at the video. “Hum bhi bana lenge is now not just a dialogue, but an emotion,” one commented. Writing in the style of the ‘sharks’ on Shark Tank India, another joked, “80 lakhs for 25% equity of your bungalow.” Some also praised Aman’s ‘swag’.

On Sunday, Archana featured in another funny video with ‘shark’ Namita Thapar, the executive director of Emcure Pharmaceuticals. In the video, Archana asked for a seat on Shark Tank India, only to be rebuffed. Namita gave her now-iconic lines from the show a twist and said, “Well, Archana, kyunki main Pune se hoon aur isme meri expertise nahi hai (because I am from Pune and I have no expertise in this field), for that reason, I am out but I wish you the very best.”

Shark Tank India is a show where budding entrepreneurs pitch their business ideas to a panel of successful businessme and ask them to invest. If multiple ‘sharks’ are interested in the same company, it sometimes leads to a bidding war. The show airs on Sony Entertainment Television on weekdays at 9 pm.

Also read: Ghazal Alagh shares hilarious story of why her Shark Tank co-judge Aman Gupta got into trouble with police

The success of Shark Tank India inspired many social media users and content creators to make memes on the show. These are often shared by the ‘sharks’ themselves on Instagram Stories.

Kangana Ranaut consoles Payal Rohatgi on Lock Upp as she breaks down talking about not being able to get pregnant. Watch

Chhavi Mittal on her cancer surgery: My family sees my face and feels better