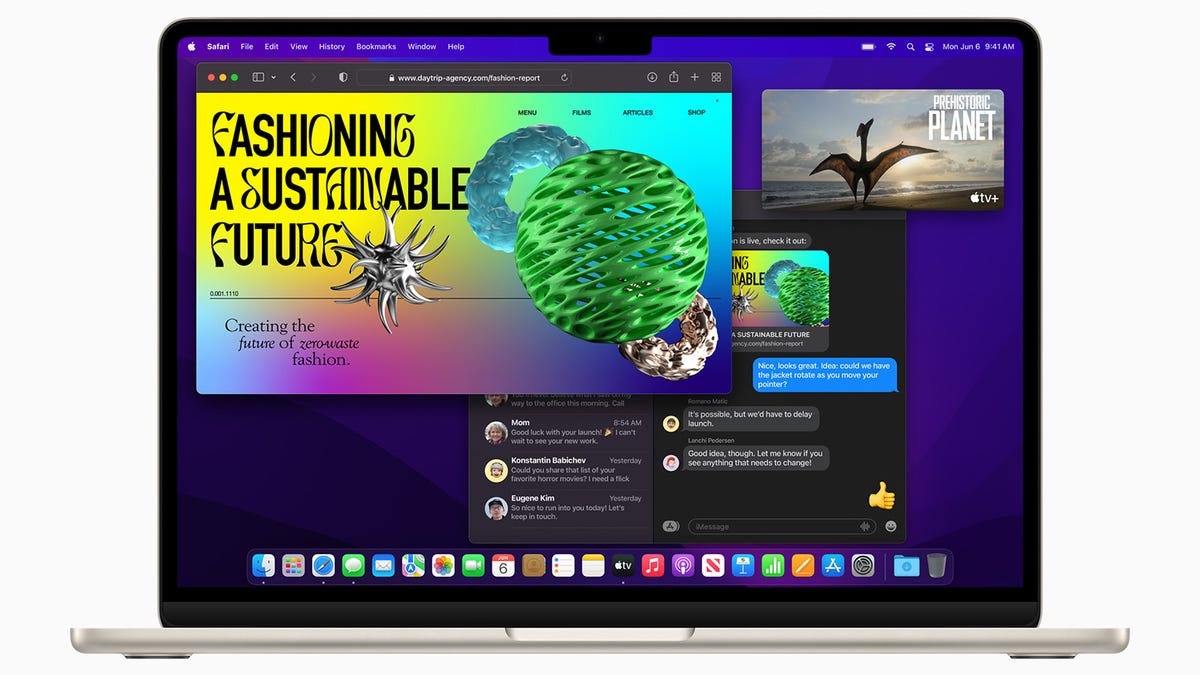 In recent years, Apple has perfected the art.

No, it’s not the art of uplifting your soul toward the clouds and forcing you to ululate with joy.

It’s the art of doing just enough to tempt you.

Every couple of years, I upgrade my iPhone because, yeah, that new blue color looks nice. Or, ah, now there’s (the perfectly not great) 5G.

And every year I wonder whether Apple will come along with a new MacBook Air that’ll be, at least in some small way, glorious.

I’ve used the Air since there was an Air. I always believed in the unbearable lightness of being. The lighter the laptop, the better my life.

I know you’ll headbutt me about performance, but the Air was quite enough for me. A relationship based on looks — hey, I’m only human — but also on a laptop being able to do what I need it to do when I need it to do it.

For years, though, Apple neglected the Air. The company seemed to believe that laptops would soon be obsolete, replaced by the iPad that’s (not) a computer.

Last year, though, the M1 chip wafted into the Air and suddenly it became relevant again. As it happened, I was forced into buying the M1 Air, when I dropped my previous Intel Air, which prevented it from closing.

The M1 Air didn’t have any outstanding visual enticement. But that chip suddenly liberated me (mostly) from my charging cable. With previous Airs, if I’d got two hours of battery life, I felt fortunate. Now, it’s multiples times that.

But still. I look at the new M2 Air and feel an unreasonable desire.

I know it’s wrong. I loathe myself for being tempted. But it has some depressingly nice touches.

Except, of course, for the notch, Which I’ve come to live with on my iPhone, but would still resent on an Air. There’s a much lovelier display, too. And this thing even comes with a color-matched charging cable. You see, Apple does care.

Apple has infuriatingly fixed two things that that’ll make a considerable difference. To me, at least.

First, there’s the body shape. I’ve never confessed this to anyone before — I was brought up a Catholic, so shame is always close at hand — but I’ve cut myself more than once on my Air’s exceptionally sharp edges.

I’m on this thing twelve hours a day or more. Occasionally my hands and arms have got careless and it’s left a mark.

Seeing the thin end of the wedge become flatter enjoys, therefore, a peculiar distraction. If it really is as light as Apple claims, this could save minor injuries. (To pride, you understand.)

Will I Burn The Midnight Oil?

And alright, I’m moved by the midnight color. I know I shouldn’t be, but for so many years my Air has been some kind of gray/silvery, so a new color has more allure than it should have. (Did I mention I use this machine all the time? Did I mention I hate myself?)

There’s another aspect to the M2 Air that’s both sad and glorious. It’s the return of MagSafe.

I have no idea whose idea it was to remove it, but I fear that person was removed from some basic realities. The wonder of MagSafe lies in its sheer design genius.

So may I present you with the current state of my M1 MacBook Air charging cable? Context: I bought this M1 Air last November.

The cable is horribly frayed. Of course, you’ll tell me it’s my fault. I’ll merely refer you to my previous Air’s charging cable which got unreasonably squished after a single month.

I want to — have to — believe that the reemergence of MagSafe will at least prevent some fraying. Other mishaps, too.

Finally, my Honda Accord?

This isn’t enough to buy the new Air, is it? Or is it? It could be, especially as the M2 chip will hopefully make it even faster.

Then I pause to acknowledge Apple is charging $200 more for the M2 Air, so that’s not an attraction. Then again, an Apple store salesman told me, not so long ago, that the old Air was just a Honda Civic. Could this now be my, oh, Honda Accord?

When it’s your primary work tool, the temptation is there. I could pass my current Air to my wife, in order to wean her off her PC habit. I could even sell this Air — once I get a new charging cable.

There’s a month left to think about it. The M2 Air won’t be available until July.

I fear, though, that Apple has done just enough. Yet again. And I hate myself for fearing that.