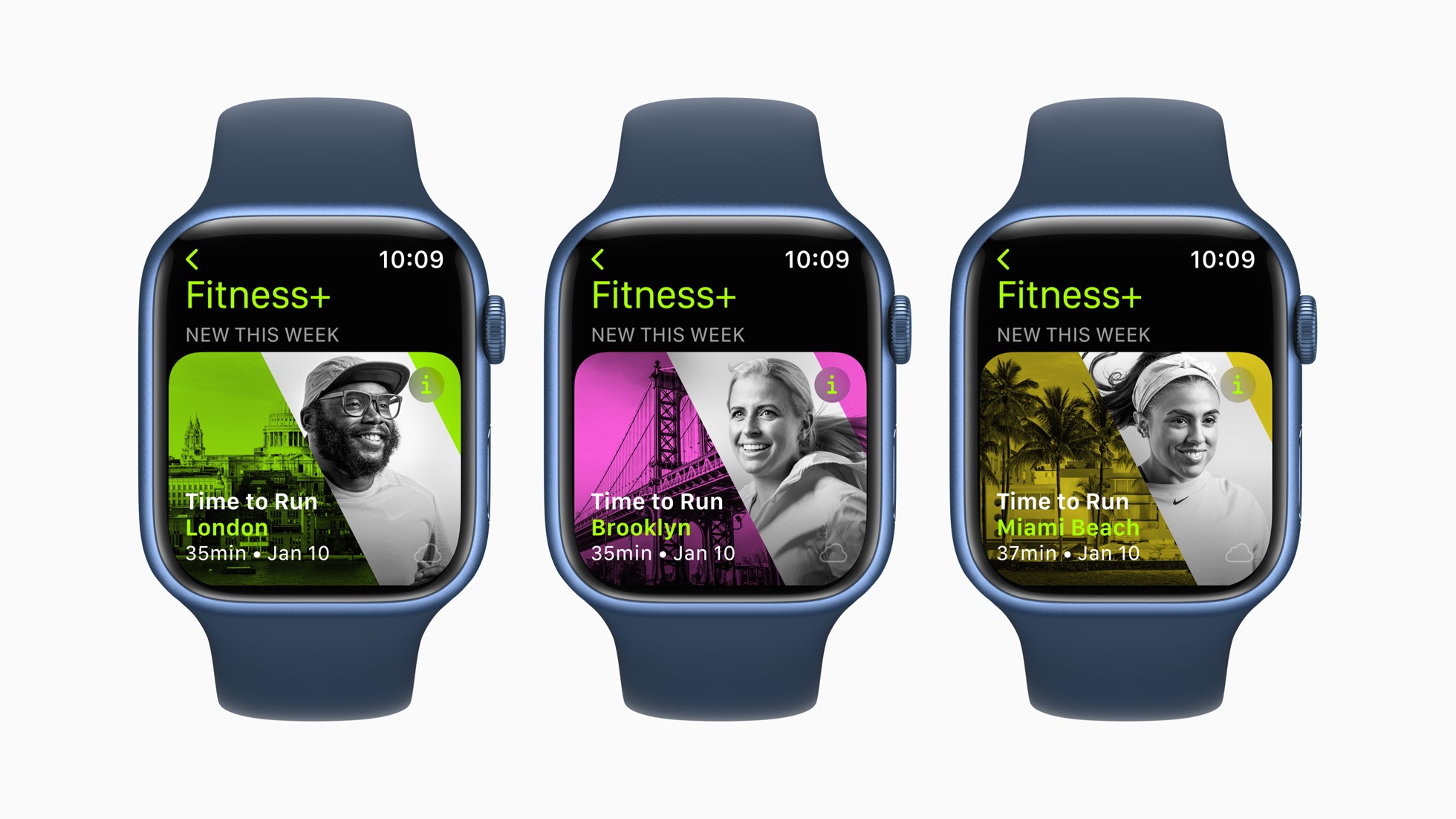 One of the most common New Year’s resolutions is to get in shape. Unfortunately, studies show that most people abandon their resolutions within a month. One way to avoid giving up is to start making your resolution a habit. There are many ways to accomplish that, such as applying for a membership at your local gym or signing up for an online service. Apple Fitness Plus clearly fits the bill, and next week, Apple is adding two new features that should make the service even more robust.

The first feature that Apple is adding on January 10th is called Time to Run.

As the name suggests, Time to Run is focused on helping users become better runners. Each episode of Time to Run explores a new running route in an iconic location. The episodes also feature coaching tips from popular Apple Fitness Plus trainers. This includes Emily Fayette, Jamie-Ray Hartshorne, Sam Sanchez, and Scott Carvin. Cory Wharton-Malcolm is joining as a new running trainer as well.

Apple Fitness Plus trainers will curate playlists for Time to Run that will be filled with “motivational and energizing music” to keep users energizing while they run. Their playlists will also match the theme of the location. So, if you’re running to the Miami Beach episode, expect to hear Latin music. Users will also get photos taken by Fitness Plus trainers of notable scenes along the route.

Curate your workouts with Collections

Also coming to Apple Fitness Plus on January 10th are Collections. Apple describes Collections as “a curated series of workouts and meditations from the Fitness+ library organized to help users reach their goals.” Apple say Collections will make it easier to plan your training days or weeks in advance. Here are the six collections that will be available at launch next Monday:

Other additions coming to Apple Fitness Plus

In addition to adding Time to Run and Collections to its fitness service, Apple is also expanding upon older features. For instance, the third season of Time to Walk is launching on January 10th. The guest list for season 3 includes Rebel Wilson, Bernice A. King, Hasan Minhaj, Chris Meloni, Chelsea Handler, Ayọ Tometi, and Sugar Ray Leonard. Apple will also expand the Artist Spotlight series of Apple Fitness Plus. These new workouts will feature Ed Sheeran, Pharrell Williams, Shakira, and the Beatles.

You’ll need an Apple Watch Series 3 or later to sign up for Apple Fitness Plus. Subscriptions cost $9.99 a month or $79.99 a year. There is a free trial for new Apple Watch owners. You can get a Fitness Plus membership with the Apple One Premier plan too, which costs $29.95 a month and includes Apple Music, +, Apple Arcade, Apple News+, and iCloud+ with 2TB of storage.

Raju Srivastava’s wife confirms he is stable; on ventilator: ‘We want your prayers so that he recovers’