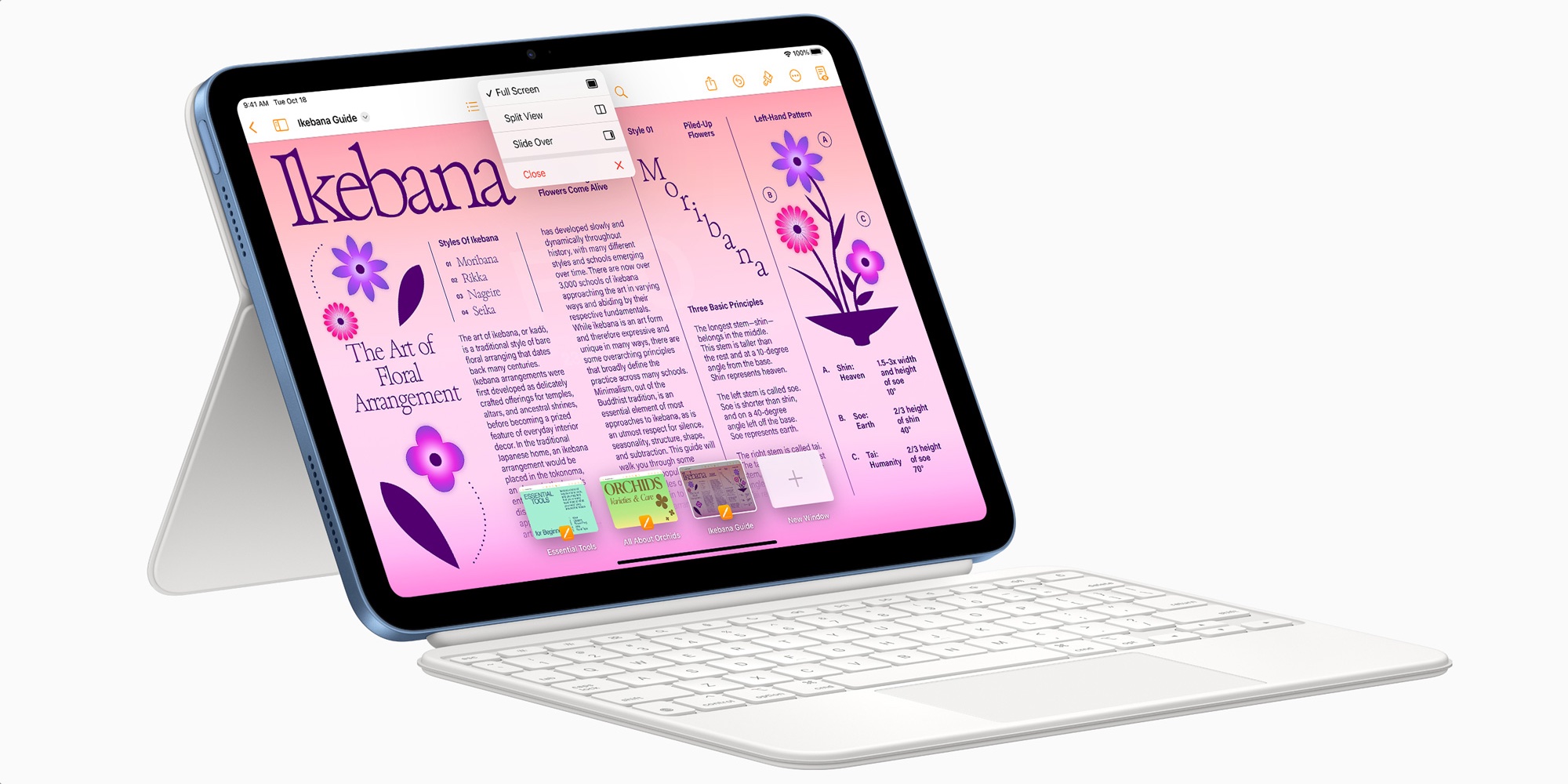 A couple of weeks ago, Apple announced the iPad 10. With new colors, USB-C support, the A14 Bionic chip, and a few other tweaks, customers started noticing that due to the price increase of this tablet and its accessories, the new iPad can cost more than $800. While this is very expensive for an entry-level tablet, a report suggests that Apple had considered launching a plastic iPad and keyboard for under $500.

In his Power On newsletter, Bloomberg’s Mark Gurman reported that Apple considered “launching an iPad with a plastic back and plastic keyboard that ship together in one box for under $500.”

While this could be Apple’s most significant opportunity to offer a more competitive price compared to Chromebooks, Gurman says the “idea was seemingly abandoned.” However, that was “probably Apple’s only real hope of ever giving Chromebooks a run for their money in most schools.”

In the newsletter, the journalist talks about the weird decisions Apple made with the iPad 10. For example, it moved from Lightning to USB-C, which means it can’t charge or pair with the first-generation Apple Pencil.

In addition, Apple’s high $249 price for its Magic Keyboard Folio. For example, Gurman notes that Microsoft’s keyboard costs $100, while the iPad 10 + the keyboard can cost at least $700.

Although it doesn’t seem Apple will ever launch a plastic iPad – as it once launched a plastic iPhone – it could have been an exciting approach to boost iPads in schools.

That said, users can still choose the $329 iPad 9 which offers the classic design, the A13 Bionic chip, and proper support for the first-generation Apple Pencil – and was released in 2021.

More Apple coverage: iOS 16.2 and iPadOS 16.2 to be released in mid-December