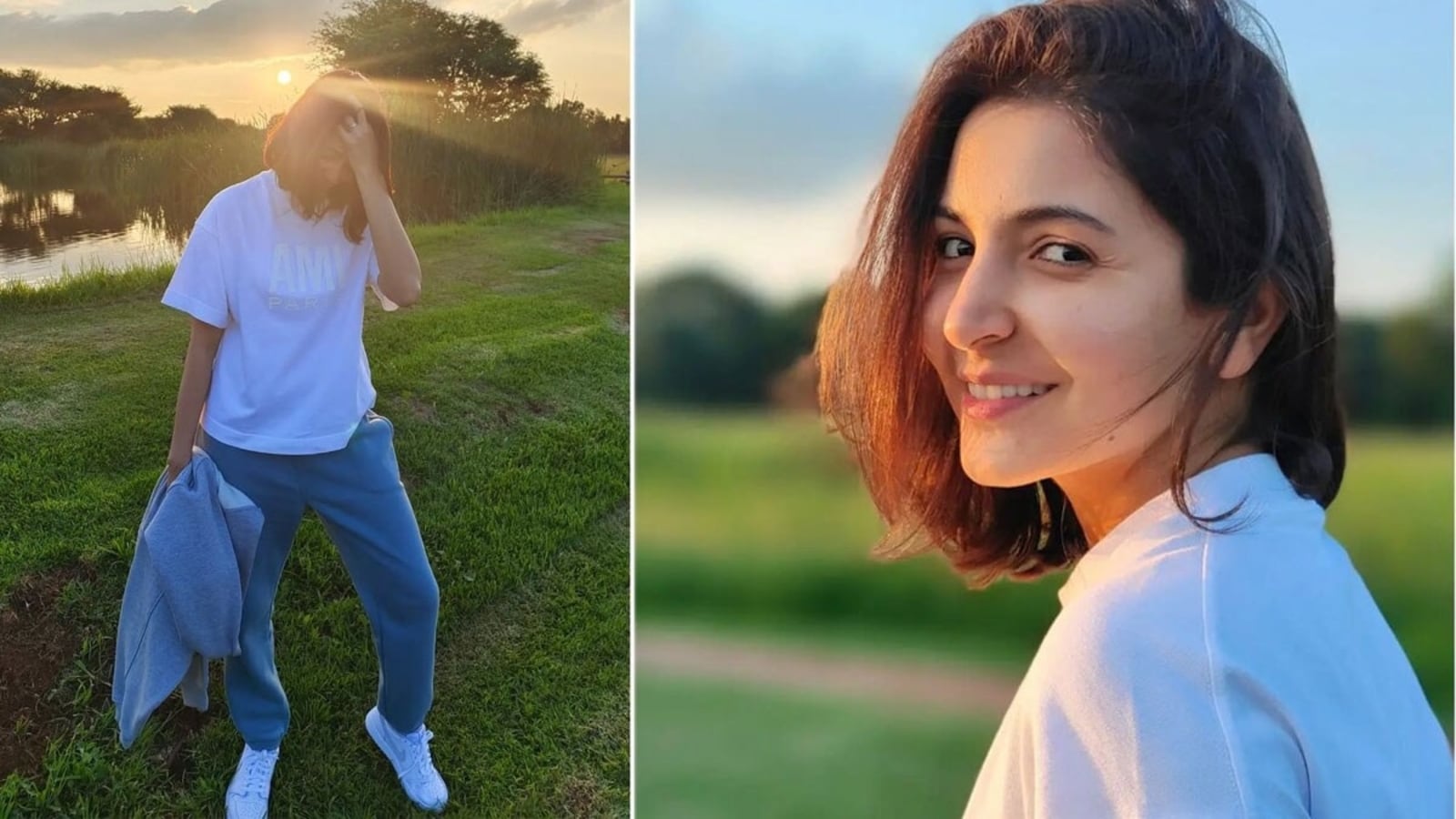 Anushka Sharma has shared fresh pictures of herself from South Africa as she soaked up some sun.

Sharing the photo dump on Instagram, Anushka wrote, “Sunny side up (sun icon).” The post received more than 5.3 lakh likes within a few minutes. The actor is seen in a white tee and blue denims, soaking some sun in lavish green fields by a lake.

Several of her fans called her “beautiful” in the comments section. Some also asked, “Where is Vamika?” One fan called her ‘Mummy Nush’ while another marvelled at her glowing skin. “Bina pimple ka chera aata bhi hai? lucky people (People have pimple-free skin too).”

Last Sunday, the broadcast of the cricket match captured Anushka with the one-year-old Vamika in her arms as they cheered for her cricketer-husband Virat Kohli. Screengrabs from the match video with the Vamika’s face soon went viral on social media, despite the couple fiercely guarding the privacy of their child.

Anushka took to Instagram and posted a statement, writing that they were unaware that the camera was on them. “Hi guys! We realise that our daughters images were captured at the stadium yesterday and widely shared thereafter. We want to inform everyone that we were caught off guard and didn’t know that the camera was on us. Our stance and request on the matter stays the same. We would really appreciate if Vamika’s images are not clicked/ published for reasons we have explained earlier. Thank you.”

Anushka recently released the teaser of her next film, the Jhulan Goswami biopic titled Chakda Xpress. She will be playing the celebrated cricketer in the film. She was last seen in 2018 film, Zero, also starring Shah Rukh Khan and Katrina Kaif.

Lost remote? No problem: How to use your iPhone as a TV remote control