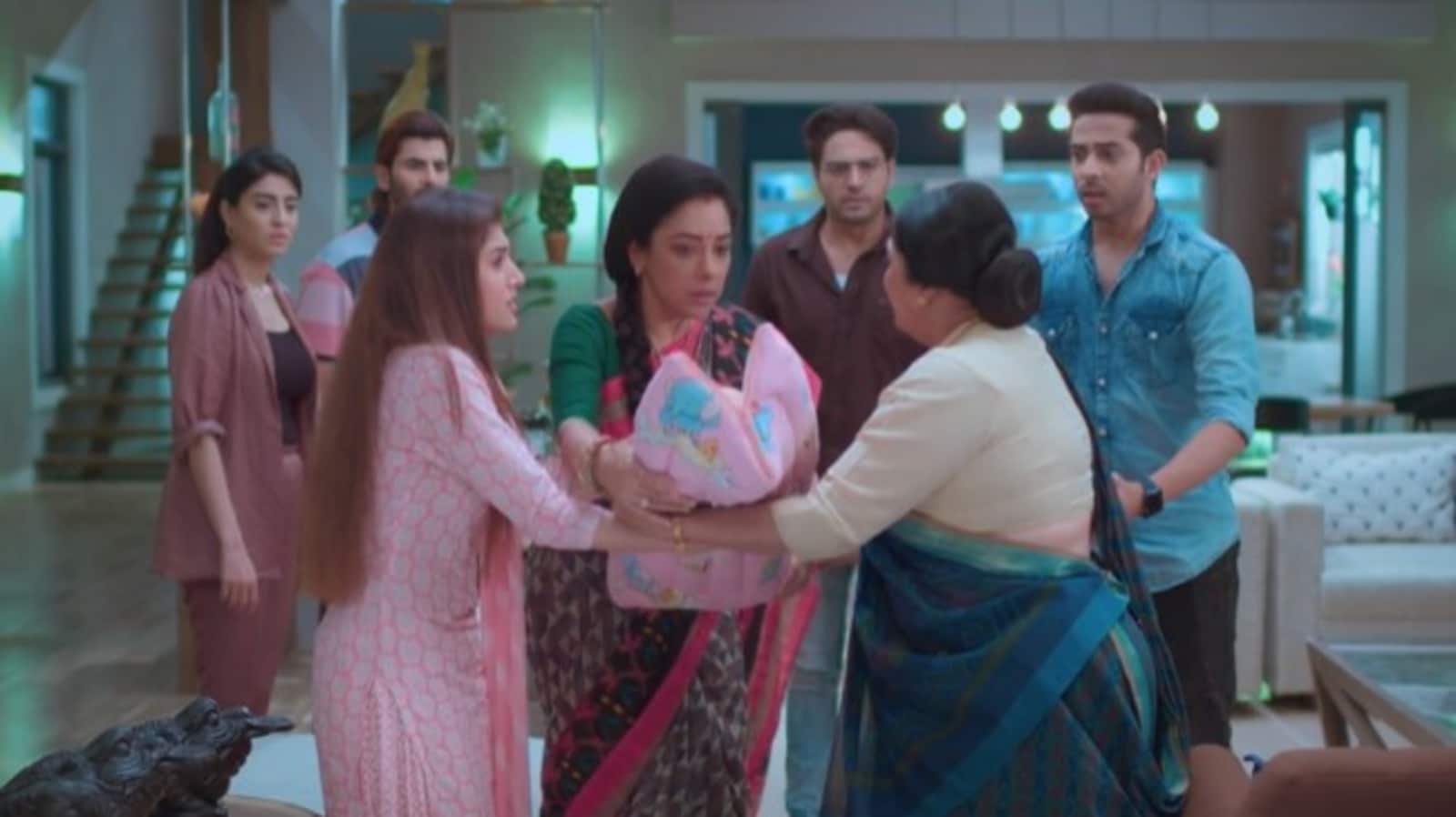 In this episode of Anupamaa, the Kapadia family conducts a pooja for their ancestors and decides to feed the animals in their vicinity for a year instead of a day. Anupamaa meets with Kinjal and the baby and notices some scrawled notes by her side. Leela comes to the house and engages in an argument with them, criticising Anupamaa and Kinjal for her choices and actions. Anuj has enough of Leela’s behavior and retorts. Keep reading this article to know more. Also Read| Anupamaa recap: Anuj gets injured; Toshu threatens to hurt himself

Anupamaa, Anuj, Barkha, Ankush, and GK perform a pooja meant for showing reverence and appreciation for their ancestors. As part of the ritual, they are supposed to feed the animals in their locality for a day. Anupamaa says that while humans are able to communicate when they are hungry, animals are unable to do so. Anupamaa suggests that instead of feeding the animals for one day, they should commit to feeding them for a year. The rest of the family wholeheartedly agrees with this proposition.

Anupamaa then visits Kinjal and the baby and notices by Kinjal’s side that there are some crumpled papers; Kinjal comments that she penned her thoughts on the paper so she could have better clarity on the steps she needs to take moving forward. Anupamaa settles her worries by saying that she got out of the relationship at a very early stage and therefore has time to decide on her future, but also makes sure to let her know that any decision she takes has to be thought out.

Leela starts an argument with Anupamaa

Anupamaa and Kinjal, then hear that Leela is having an argument with Barkha over meeting Kinjal and the baby. Leela, being true to her form, starts spewing poison against Anupamaa and the Kapadia family. Leela says Anupamaa broke her own house, and asks Kinjal to return to Shah house and become a part of the family again. She says to Kinjal that the Kapadia mansion isn’t her home and that she actually belongs to the Shah mansion. She also says that many women across India go through what Kinjal has experienced and choose not to break the family.

Leela also says to Kinjal that she will give it in writing that she will be unsuccessful as a single mother. Anuj intervenes at this point and asks Samar to escort Leela out of the house. Before Samar leaves, he tells Kinjal that he believes that she took the right decision and that if it came to it, he is willing to sacrifice his blood relations i.e his brother Paritosh in her support. The Kapadia family thanks Samar for his kind words.

In the next episode, Paristosh appears at the Shah house in a drunken state and threatens to kill himself. Anupamaa responds by daring him to do it. Keep reading the upcoming written update on HT highlights for more info.

Three tech trends on the verge of a breakthrough in 2023

Tamannaah: Predominant work in South cinema hasn’t stopped me from reaching out to entire country