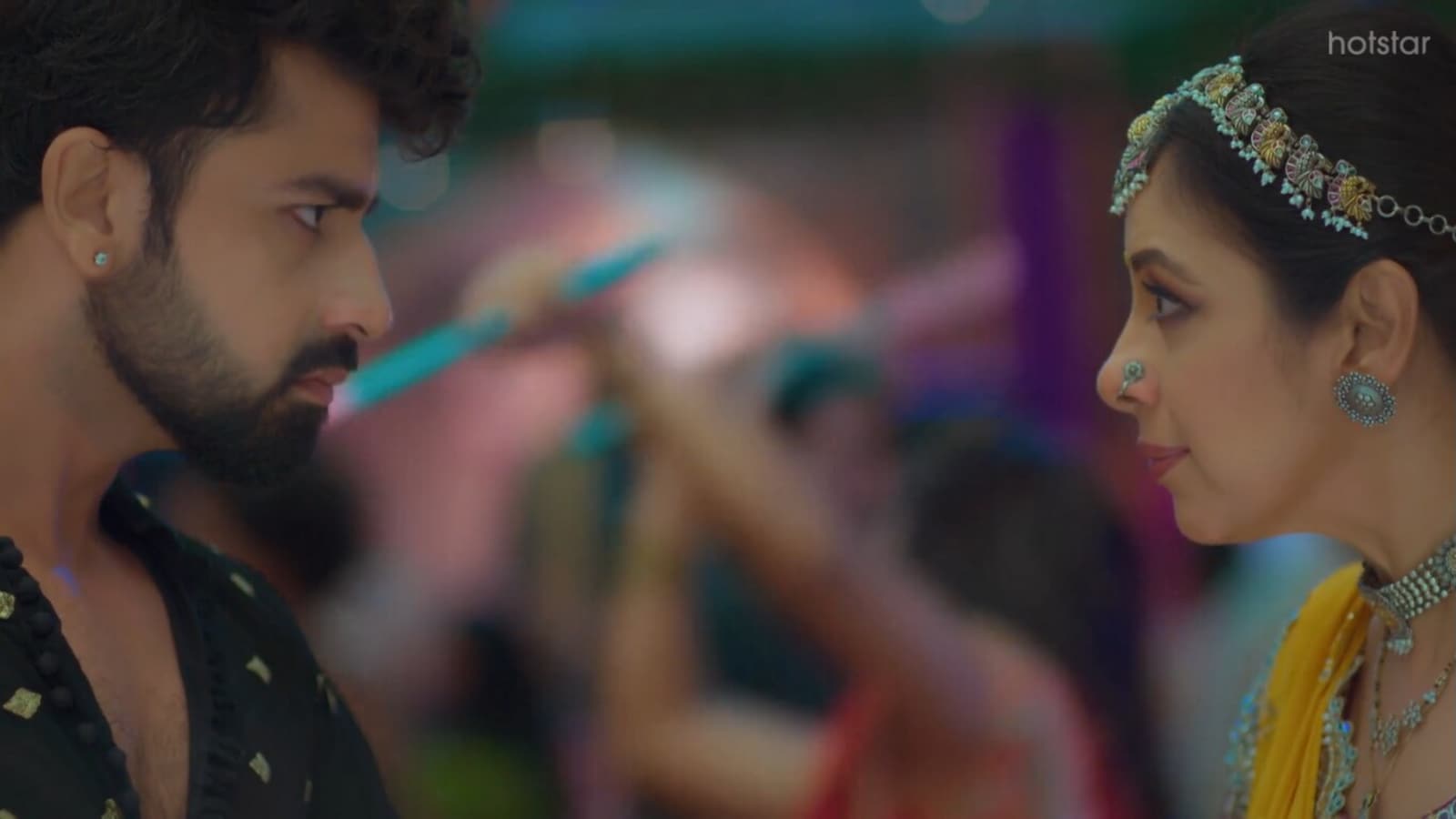 In this episode of Anupamaa, Leela is confronted in the ceremony by her community for lying about her relationship with Anupamaa and her behaviour in general. Paritosh harasses Kinjal, after which Anupamaa and Vanraj intervene. Pari goes missing and there is a note left behind, the members of both families suspect Toshu’s involvement. (Also Read | Anupamaa written update October 5)

Leela is confronted by her community members

Leela is called onto the stage to receive an award from Anupamaa and Anuj. Reluctant at first, she proceeds towards the stage. In her speech, she states that in spite of the arguments between the two, she and Anupamaa share a strong relationship even now. The community members then call out Leela on stage for all the negative behaviour that she subjected Anupamaa and the family and that her statements reek of hypocrisy.

The members of both the Shah and Kapadia family immediately come to her aid. They state that the personal affairs of a family are not subject to public scrutiny and that on a joyous occasion, this shouldn’t be at the forefront. Anupamaa also discusses that there is no family on earth that is free from fights or issues. She adds that love is just like gold, in spite of the accumulation of dust and dirt it never rusts. Anupamaa then asks the audience to leave all of this aside and enjoy the festivities. Pakhi and her beau also get intimate and he confesses that he wished to kiss her seeing how beautiful she is and he cannot control himself anymore.

Toshu harasses Kinjal during the dance segment of the ceremony

As members of the family get into the festivities and start dancing courtesy of Anuj’s DJing, the family members are enjoying themselves. Toshu suddenly interrupts the dance and joins in with Kinjal, who is reluctant at first but not wanting to create a scene, plays along.

Anupamaa, noticing this intervenes and in anger and frustration dances with Toshu. She then drags Toshu to the side and tells him that she can level the anger he faces and he should stop his behaviour. Vanraj also drags him out and confronts him about entering the celebration and warns him that if he were to repeat this, he would have no father, no daughter and no family. Toshu nevertheless schemes on doing something terrible. As Anupamaa relieves Rakhi from baby duty she notices that Pari is missing with a note placed on the cradle. The family suspects Toshu’s involvement.

In the next episode, Anupamaa and the family members are rushing frantically to trace Pari. Toshu also steps in order to find her. Keep reading more articles on HT highlights to find out where Toshu will go with Pari.

Bridgerton’s Ruby Barker says she is hospitalised amid ‘mental health struggle’: ‘Been unwell for a long time’. Watch

Gulshan Devaiah on his offer to play leading lady opposite Kartik Aaryan: ‘It’s a tough thing to pull off’